If you haven't seen Norfolk plastered all over national news in recent months as a trademark example of what will happen to the entire country (eventually) if we do nothing to curb carbon emissions, etc., then you've been living under a rock.

The change is inevitable and extremely palpable. For many of us non-native/local military folk, even in the few short years we've been at this PCS, the rising tides and quick floods have increased noticeably.

It's never too late to begin positive change, though.

Each year, all over the world, every location influenced by the tides experiences what is called a "king tide." It's just a more punchy way of saying "the year's highest tide." Here in Norfolk, our king tide will come in on the morning of Sunday, Nov. 5.

The Virginian-Pilot and media partners at the Daily Press, WHRO Public Media and WVEC-TV are teaming up this fall to help improve our understanding of high tides. And they need our help.

In an attempt to crowdsource information from Tidewater citizens, interested community members are being asked to help trace a high tide line using data reported through a smartphone app called Sea Level Rise.

For more information on the project and contact info, go to www.pilotonline.com/kingtide and sign up to be a part of history!

Naval Station Norfolk - home to America's Atlantic Fleet - is under threat by rising seas and sinking land, but little is being done to hold b… 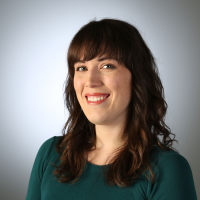 Nicole Alvarado is the editor of MilitaryNews.com. She also manages VowBride.com and other Pilot Targeted Media sites. She is part Texan, part Venezuelan and a whole mess of nerdy interests and hobbies.