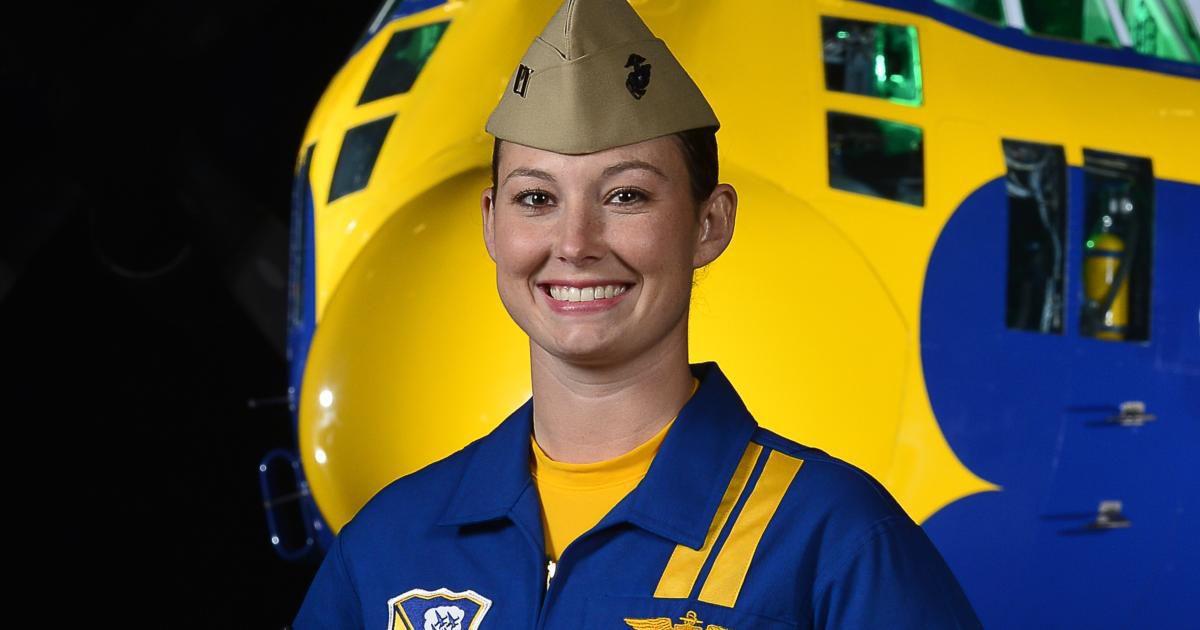 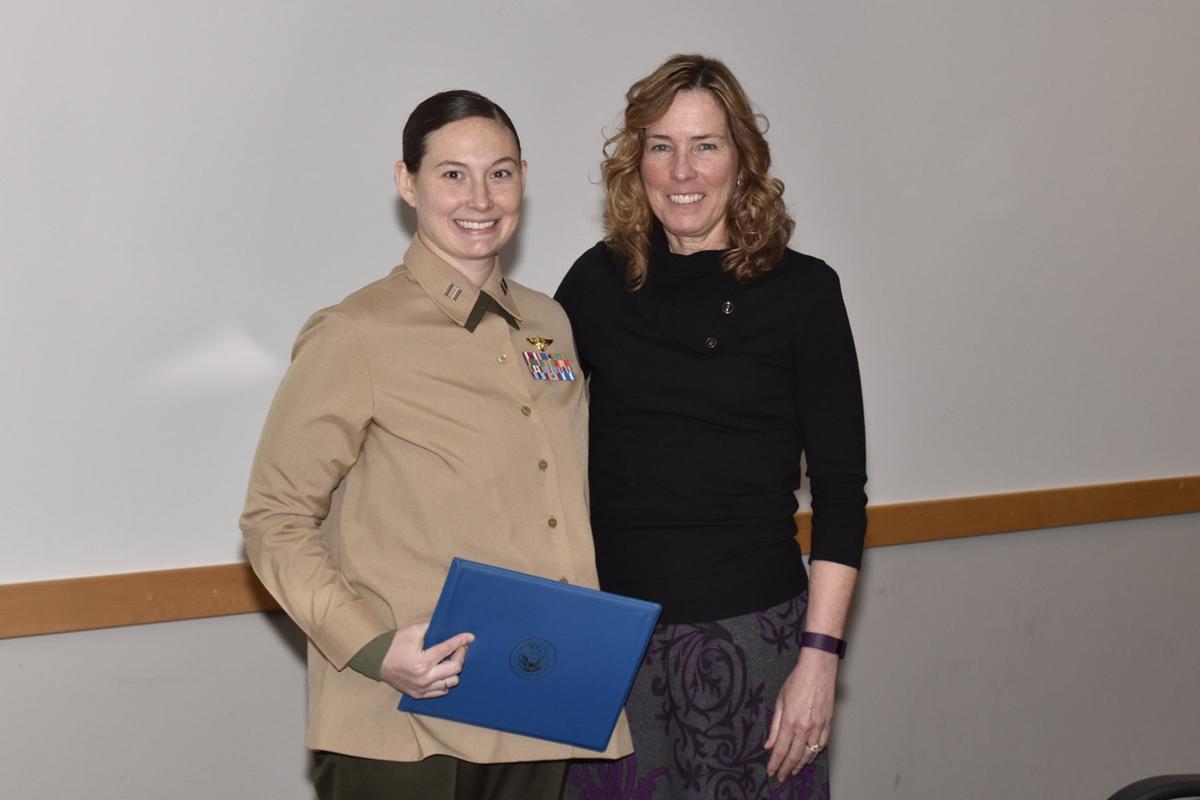 “Everybody wants to be awesome, but you’re never going to be awesome if you don’t take a look inside yourself and see how you can be better.”

Cook shared her experience of breaking gender barriers, and the challenges as well as opportunities she faced being the first female pilot in the Blue Angels' 70-year history.

“It was definitely a great time on the team. When you can change the perspective of little girls and little boys and show them they can do whatever they put their mind to, even if there’s never been a woman that’s done it before. That was a great experience,” said Cook.

Cook shared with the audience the elements that led to her success to include finding motivation, paying attention to detail and learning from mistakes.

These three items are what Cook said helped her advance in her career from a Second Lieutenant to her current role as commander of Airfield Operations Company, Marine Wing Support Squadron 271 at Marine Corps Axillary Landing Field Bogue, North Carolina.

Cook shared the importance of having something “to fight for” as a way to keep herself and her Marines motivated throughout their day-to-day tasks. For Cook, that motivation is service to her country, an ideal that was passed down through her father.

“The military ended up being the path for me, and he instilled this idea of something greater than myself,” said Cook.

Cook urged the audience to pay attention to detail and do their best even with tasks they don’t want to do, because they may serve as an opportunity to prove yourself to leadership.

“If you can do excellence in everything you do, they know they can bet on you,” said Cook.

She also cautioned that it’s okay to make mistakes as long as you learn from them, and to not be paralyzed by the fear of failure, something Cook said almost stopped her from applying to be a Blue Angels pilot.

“This is something we need to change in order to take more risks, and even if you fall on your face, you’ll learn things you can apply and next time maybe you’ll be more successful,” said Cook.

Cook followed up her speech with a question and answer session with the audience, which underscored the importance of women and men supporting each other in the workplace in order for everyone to excel.

“Thank you for sharing your engaging and personal journey with us today and for being so open and honest,” said Kathleen P. Donnelly, director of the Naval Air Systems Command (NAVAIR) Support Equipment (SE) and Aircraft Launch and Recovery Equipment (ALRE) Department, during the events closing remarks. “We all resonate with your message that if we see something wrong in the workplace, we shouldn’t just let it happen. We should be that supportive network for each other.”

To continue the observance of Women’s History Month, the WAG will hold a panelist event later this month where NAWCAD Lakehurst female leaders will share advice on how to be successful in the workplace.

They are also hosting a career clothing drive, collecting items for women and men who are reentering the workforce and who may not be able to afford new work clothes.

“I think the biggest thing is just trying to get all of us to work together as a Lakehurst community and have common goals and be there for each other,” said Michelle Bower, the NAWCAD Lakehurst WAG site lead.

Bower said WAG’s mission is to not only inform the workforce on women’s issues in the workplace, but to bring the workforce together so they can understand and support one another.

“By doing this and getting to know each other you become more comfortable with people, and then you have that wider reach back for yourself and your career. It benefits everybody,” said Bower.