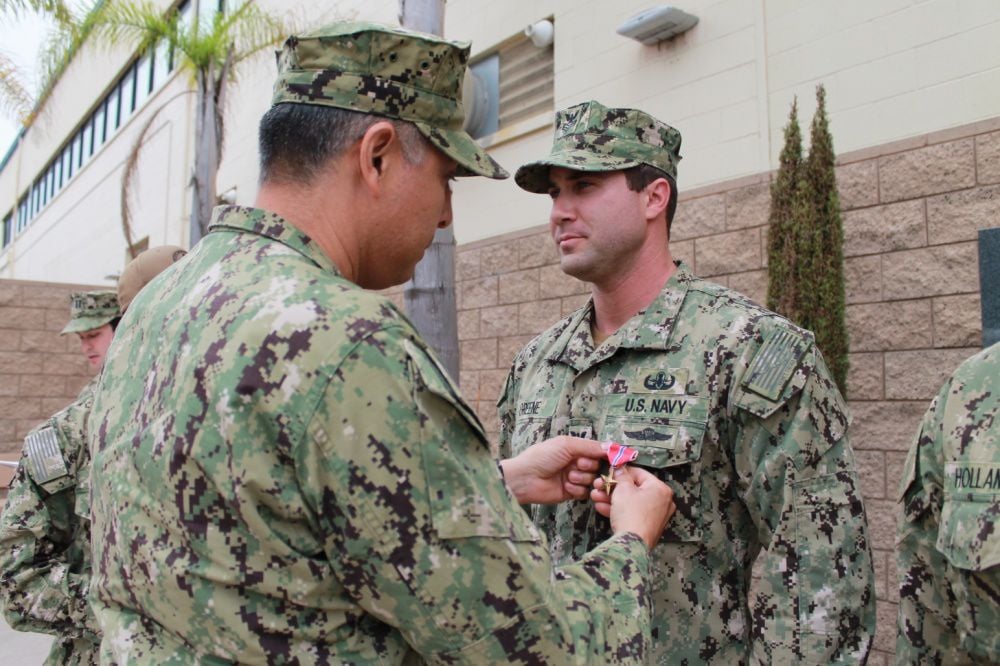 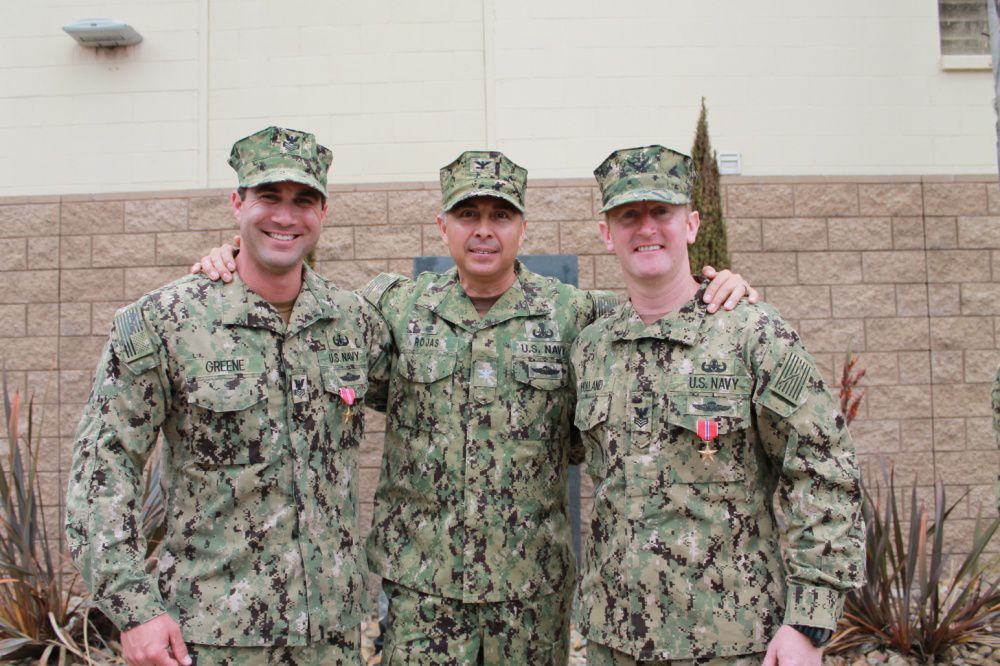 Rojas said, “The words captured in the citation, they have true meaning behind them because our Nation rates the world’s most premier EOD force. The bronze stars placed upon our warfighter’s chests symbolize everything that is good about our Nation.”

Greene, from Prescott, Arizona, demonstrated courageous leadership and superb tactical expertise by enabling a direct action raid on an enemy underground headquarters overseas. Despite the constant danger of explosive hazards, he cleared an enemy cave complex of improvised explosive threats and shielded his teammates from close-range enemy fire.

During the same mission, Holland, from Golden, Colorado, demonstrated superior tactical acumen while conducting a thorough secondary clearance and site exploitation. He identified 15-20 enemy fighters preparing to throw grenades into the main cavern and positioned himself in the open to shield his team from a potentially fatal blast, while also engaging the enemy combatants.

This award ceremony held special meaning as the presentation was held in front of EODMU11’s memorial for their fallen service members. Rojas said, “Having this ceremony right in front of the memorial of our fallen is a sobering reminder of the business that we are in. To be able to say that we protect and defend the Constitution against all enemies foreign and domestic, those are not shallow words. Those are very powerful words.”

EODMU11 provides operational EOD capabilities to include locating, identifying, rendering safe, exploiting, recovering, and disposing of all explosive ordnance including chemical and nuclear weapons while providing access for conventional and special operations forces to maneuver across the full range of military operations.

U.S. Navy EOD is the world’s premier combat force for eliminating explosive threats so the Fleet and Nation can fight and win wherever, whenever and however it chooses.