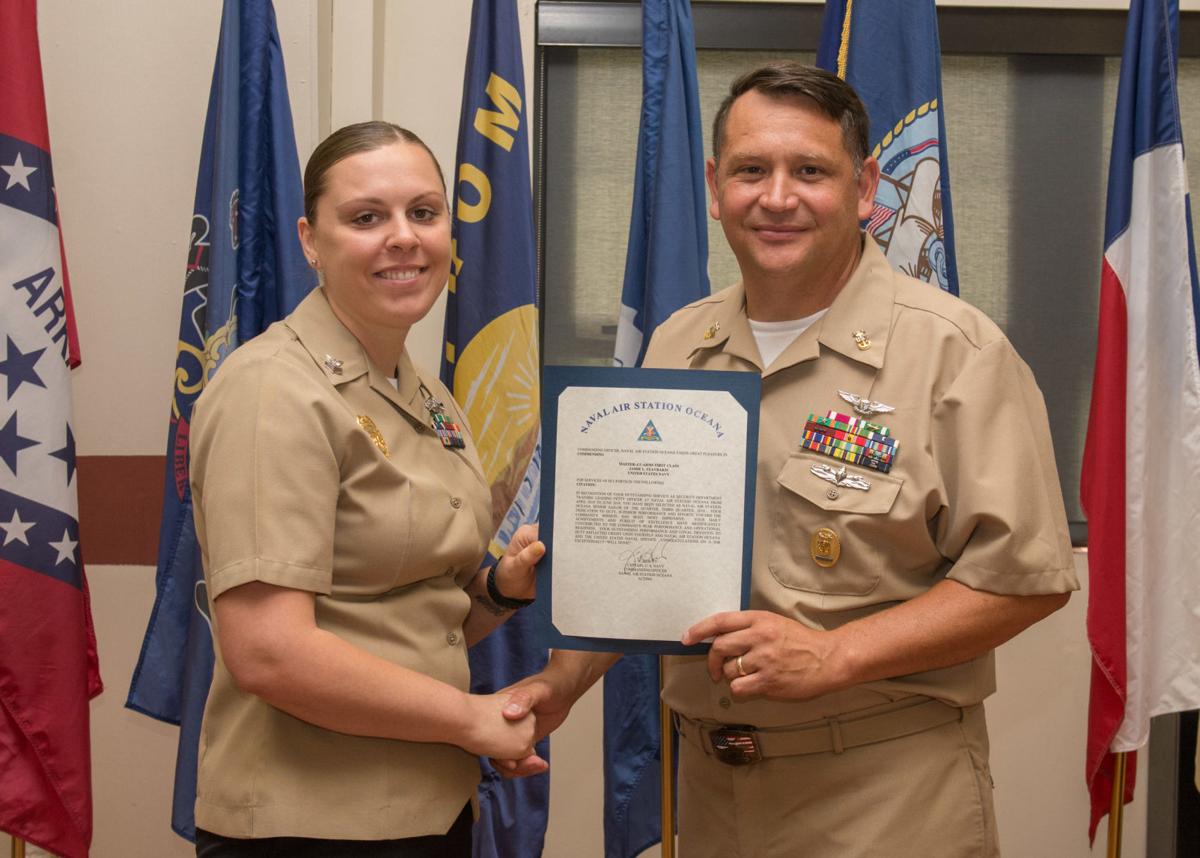 Master-at-Arms 1st Class Jamie Stavrakis, Naval Air Station Oceana Senior Sailor of the Quarter, poses for a photo with Command Master Chief Lee Salas at the Sailor and Civilian of the Quarter Luncheon at the Hornet's Nest Galley. 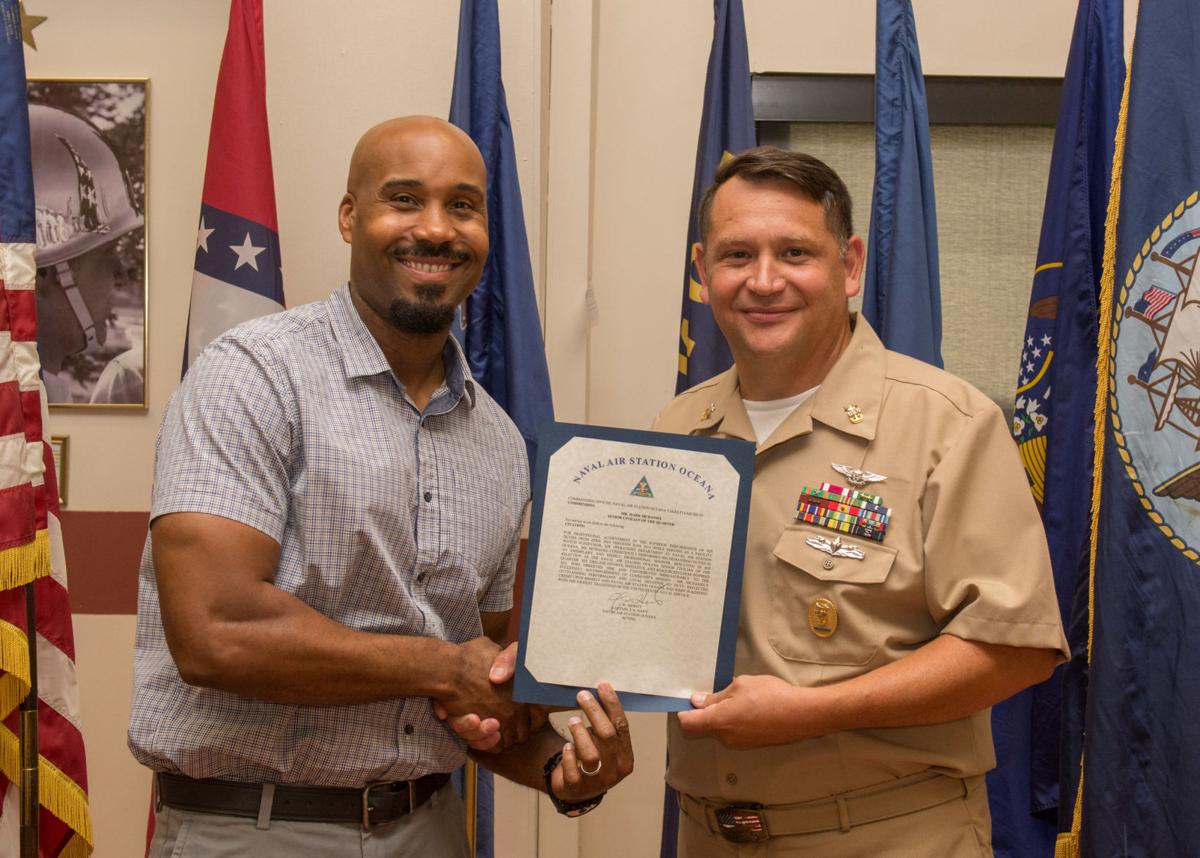 Master-at-Arms 1st Class Jamie Stavrakis, Naval Air Station Oceana Senior Sailor of the Quarter, poses for a photo with Command Master Chief Lee Salas at the Sailor and Civilian of the Quarter Luncheon at the Hornet's Nest Galley.

Naval Air Station Oceana leadership announced Sailors and Civilians of the Quarter for the third quarter of fiscal year 2019.

To select Sailors of the Quarter, each installation department puts forth a nominee for selection. They then compete with others, first from within their own department, then again against personnel from other departments located on Naval Air Station Oceana, Dam Neck Annex, and Naval Auxiliary Landing Field Fentress.

“The Sailors and Civilians of the Quarter are people who are committed to Oceana,” said Naval Air Station Oceana Command Master Chief Lee Salas, “They not only do their required jobs, but they go beyond it. There is evidence of that in the ones who were selected.”

In addition to the Sailors, the civilian workforce on NAS Ocean has many jobs and responsibilities. From integrating with contractors, outside businesses and enterprises and incorporating strategic, innovative concepts, Navy installations rely heavily on its civilians and the expertise they bring.

“When our jets fly overhead, most people use the expression that it is the ‘sound of freedom,’” said Salas. “I say it’s the sound of Oceana. As a team, we are the ones who make that plane fly. The civilian sector and the military sector come together to support those pilots.”

Nominees for Civilian of the Quarter are evaluated in five areas: professional accomplishment in their duties and education, leadership and sharing of expertise, customer service to both internal and external customers, stewardship, and command support through collateral duties.

“Ultimately, the selectees represent the core values of our Navy: honor, courage, and commitment to the performance of their assigned duties, the service provided by their department and the overall core mission of NAS Oceana in supporting the warfighter and warfighting missions that enable, generate, and increase naval power.” said Rich Riker, chief staff officer. ”The Civilians of the Quarter really represent each and every one of our civilian employees here at NAS Oceana who do an incredible job each and every day.”

Riker said the program is designed to recognize civilian staff personnel who, through hard work, dedication and personal pride, positively influence the level of service provided within their department to the installation and our tenant partner commands.

“Recognizing our staff is critical because all of us ask ourselves, ‘Am I doing the right thing?’”, said Salas “This recognition doesn’t boost their ego; it lets each of them know that they are doing the right thing. The put their hearts into their work, and it’s important for us to recognize that.”

Their peers, departments, supervisors and the upper ranks of the chain of command have recognized each nominee and the hard work they have done. Congratulations to all Naval Air Station Oceana Sailors and Civilians of the Quarter, Third Quarter FY-19!