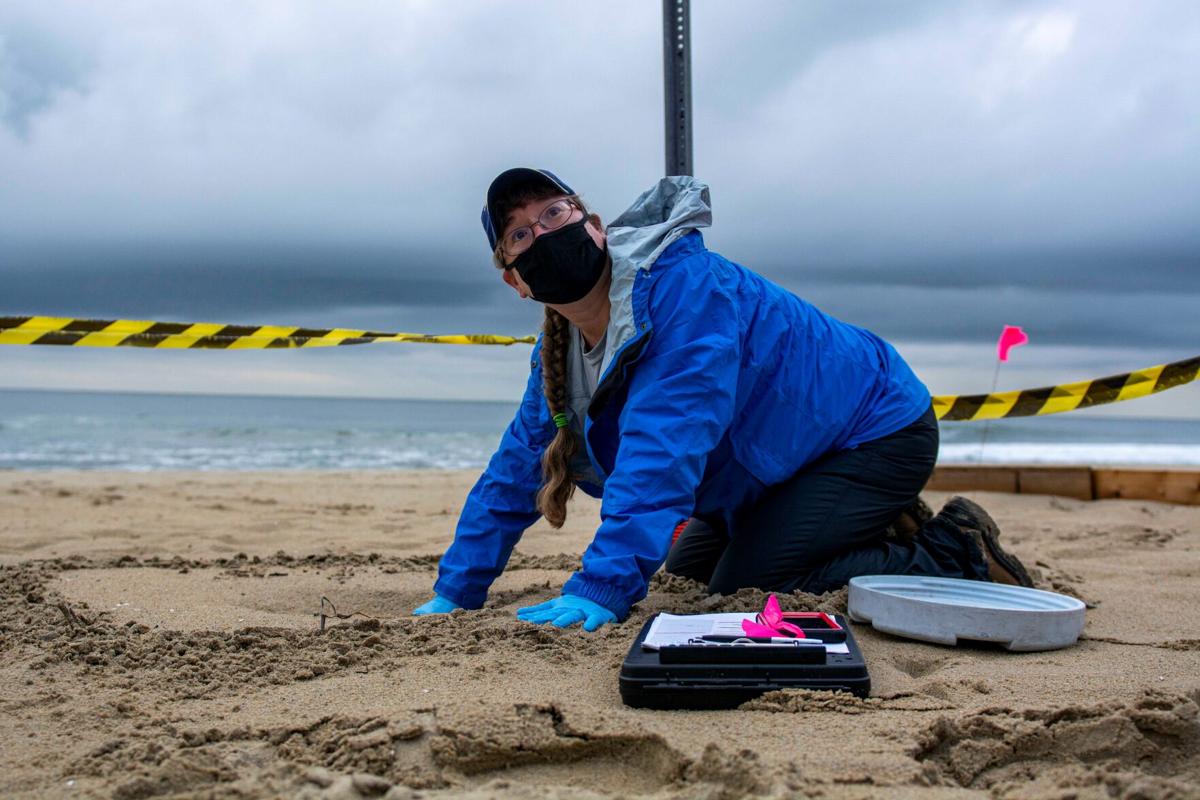 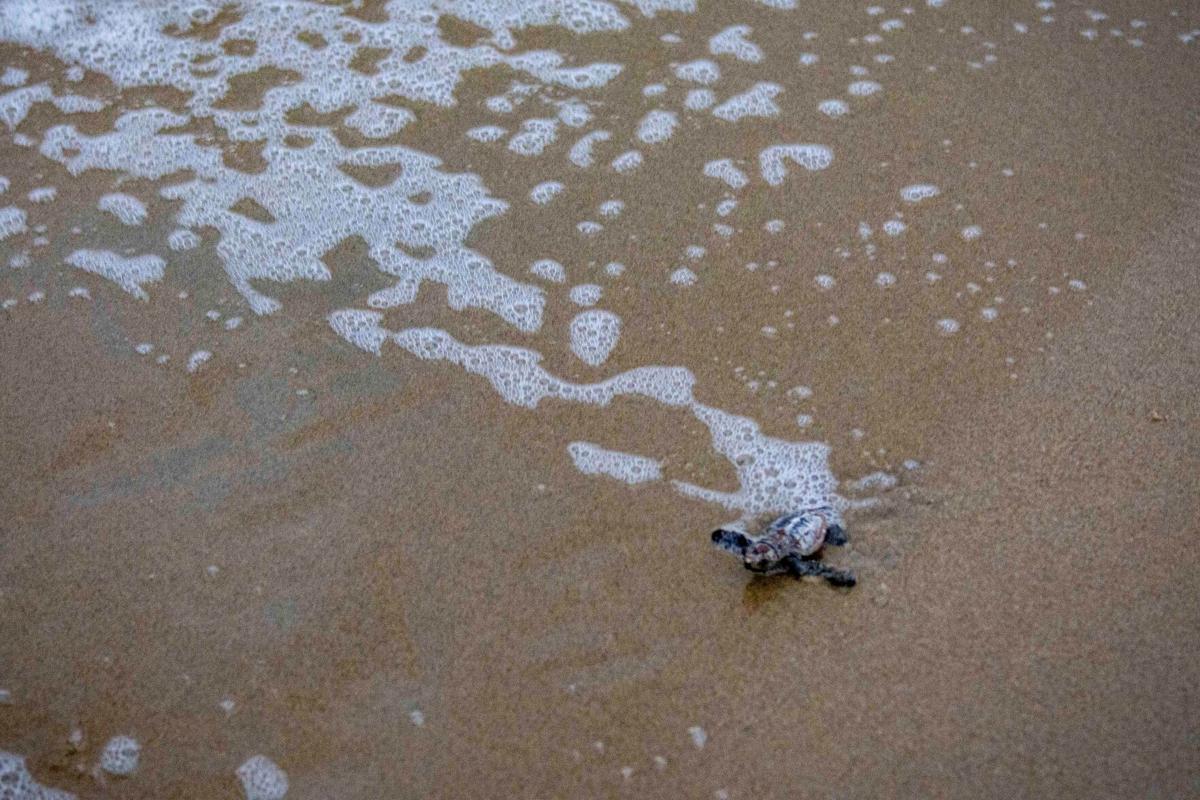 In accordance with the Endangered Species Act of 1973, NAS Oceana’s Natural Resources Department identifies and monitors all sea turtle nests that are laid on the installation’s property. Sea turtle nest excavation is part of that process, where the nest is examined after the sea turtles have hatched to determine hatching and emergence success rates.

From May 15 to August 31, which is nesting season for sea turtles in the Virginia Beach area, NAS Oceana environmental staff undertake daily beach patrols, actively monitoring and documenting evidence that a sea turtle has nested. If a nesting site is identified, it will be marked with posts and signage identifying the nest as a locally and federally protected area. Trained staff and gratuitous service workers will monitor the nest, sometimes even through the night, until it hatches.

“All five species of sea turtles that can found in the waters off the Virginia Coast are protected under the Endangered Species Act,” said NAS Oceana Natural Resources Manager, Michael F. Wright. “Three of these species, the Loggerhead, the Kemps Ridley, and Green sea turtles, are known to nest, or have attempted to nest, on the beach at Dam Neck.”

This particular nest produced Loggerhead hatchlings, with a total of 129 eggs. Because the nest was initially laid within the high-tide/wrack-line on the beach, with the support of Biological Science Technician/Conservation Officer Lawrence F. McGrogan, Wright relocated the nest as permitted to give the eggs a greater chance of success.

While the nests often contain over 100 eggs initially, less than one percent of hatchlings are estimated to survive to adulthood. Survival starts in the nest, so Wright and her team are dedicated to monitoring each one. “This year, we had an 86.82 percent emergence success and a hatching success of 93.02 percent from the Loggerhead nest,” said Wright.

Loggerhead sea turtles are the most common sea turtle species in the Chesapeake Bay, and in waters around the United States. Named for their large heads which support powerful jaw muscles that enable them to feed on hard-shelled prey like whelks and conch, the species is listed as threatened due to bycatch from fishing vessels.

Wright and the NAS Oceana Natural Resources Department takes a proactive approach to sea turtle conservation through partnerships with many local city, state, and private entities and individuals.

“We are partnered with Back Bay National Wildlife Refuge, State Military Reserve, United States Fish & Wildlife Service, Virginia Aquarium and Marine Science Center, Virginia Department of Wildlife Resources, universities, and other local citizens,” said Wright. “Proactive conservation for NAS Oceana has been a win-win situation for the Navy, for sea turtle conservation, and for our partners.”