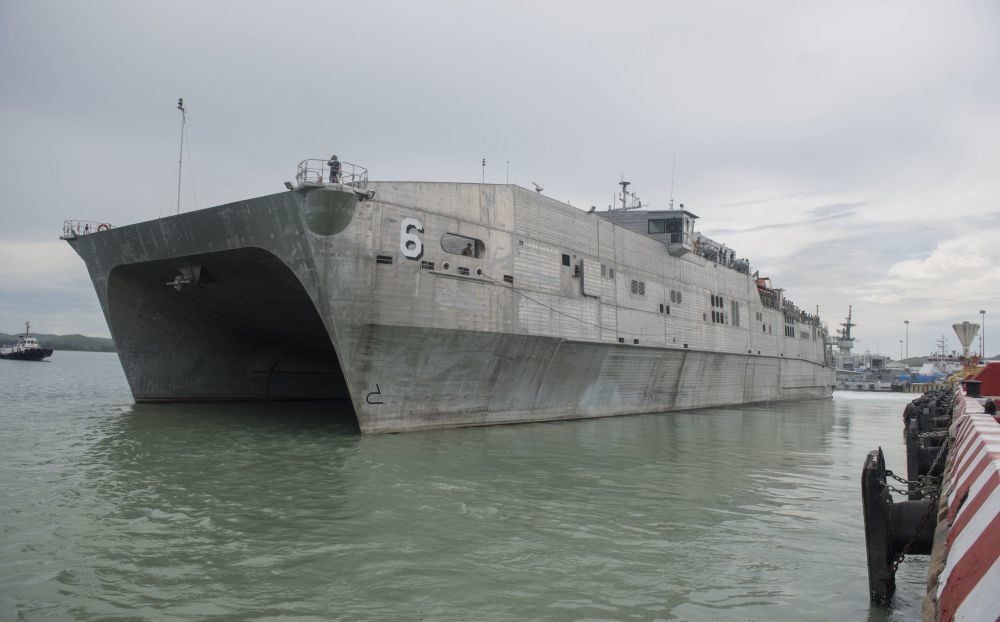 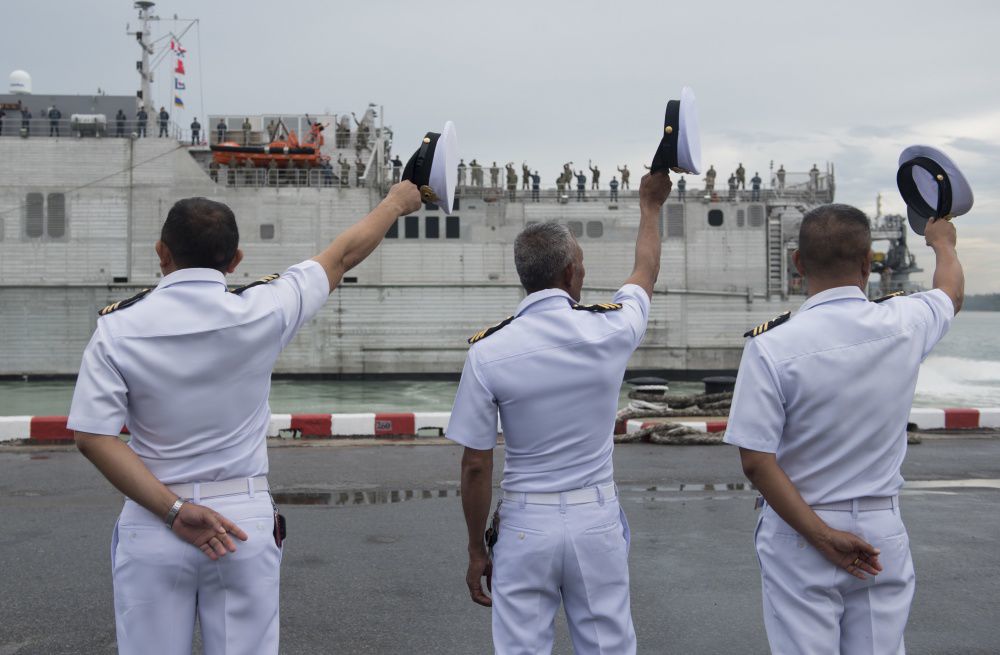 This was the first time Thailand hosted Pacific Partnership since the exercise series’ first iteration in 2006. More than 130 military personnel from the U.S., United Kingdom and Australia conducted HA/DR subject matter expert exchanges with the Royal Thai armed forces, which culminated in a scenario-based exercise, medical lecture series focusing on health care topics ranging from general primary health care to veterinary issues in post-disaster environments, and community relations and band events at seven schools and other locations.

“I am honored to be here as we conclude USNS Brunswick’s visit to Thailand, a culmination of four meaningful days of learning from each other,” said Rear Adm. Brad Cooper, commander, Expeditionary Strike Group 7. “This year, the United States and Thailand commemorate 200 years of friendship, and we look forward to more cooperation in the years to come.”

“The lasting legacy of this mission, in many ways, is to deepen understanding, create partnerships and build friendships,” said Royal navy Capt. Peter Olive, deputy mission commander of Pacific Partnership 2018.

Pacific Partnership, in its 13th iteration, began as a humanitarian response to the 2004 tsunami that devastated parts of southeast Asia. By building on the region’s shared goal to strengthen national capacities and preparedness for disaster response, 22 partner nations around the globe in 18 host nations in the region have participated since 2006.

Brunswick has visited Yap, Palau, Malaysia and Singapore as part of the Pacific Partnership 2018 mission to develop sustainable projects on a range of topics that enable critical infrastructure development across the region. So far, the crew have conducted over 100 medical engagements and subject matter expert exchanges, and nearly 20 engineering projects and 100 community relations and band performances.

Brunswick is one of three expeditionary fast transports in the U.S. 7th Fleet area of responsibility to continue its mission of providing rapid intra-theater transport of troops and military equipment. Specially configured for humanitarian and disaster relief operations, Brunswick is currently capable of accommodating a robust multi-specialized team of medical, engineering and civic assistance personnel to support the Pacific Partnership mission.