Back in 2011, my husband, Francis, reported to Naval Station Mayport, Florida to be the staff intelligence officer (N2) of the US Fourth Fleet. We were excited, because N2 positions at numbered fleets were traditionally “command equivalent” and highly competitive. However, the military was being drawn down between 2010 and 2016, and the rules were no longer certain.

One year into Francis’ tour, it was announced that N2 roles were no longer command equivalent, but rather “milestone tours” necessary to qualify for command. Francis was allowed one more shot at command; however, by that time scores of navy captains were competing for three positions. Francis was not selected.

His last day in the Navy was Oct. 31, 2016, after a tour as deputy commander of the US Naval War College. Eight days later, President Trump was elected and the drawdown abruptly stopped. The National Defense Authorization Act heralded huge troop increases across all branches, and the administration submitted 30-year plans to increase Navy ships to 355, requiring 50,000 more active duty sailors, the largest increase in more than a generation.

The Army, Marine Corps and Air Force have also been under pressure retain more troops and increase their ranks. This year, the Army failed to meet its recruiting goal for the first time since 2005, and although the other branches managed to meet recruiting targets, all reported challenges in convincing young men and women to join and difficulty persuading active duty service personnel to stay.

During six years of drawdown, recruiting efforts slowed and military members were forced out. But now, in the midst of new military pay increases; programs for spouses; increased bonuses; better deployment schedules; “golden tickets” allowing breaks from service; and easing of recruiting restrictions on age, tattoo placement, drug use, ADD and asthma — why are recruiters having so much trouble convincing people to serve?

I spoke with Lt. Col. Ron Anzalone, Commander of the Army’s New England Recruiting Battalion, who told me that people in his area of responsibility are patriotic, but tell Army recruiters, “Not my kid.”

Educational institutions, coaches, parents, and counselors advise young men and women that the only path to success is to go to college, because the civilian job market is booming.

“But student loans will hobble them,” Anzalone said. “People fail to realize that the U.S. Army is the largest investor in college education—we’ll pay tuition for you.”

Anti-military sentiment at educational institutions is a problem, Anzalone said. His recruiters are given “bare minimum or restricted access” to students, are prohibited from wearing uniforms, and are limited to designated free speech areas.

Recently, when female Army athlete-soldiers were sent to an all-female high school track meet to disseminate recruitment materials, parents ran recruiters off, warning them, “Don’t talk to my kid.”

To combat the college-only message perpetuated by institutions and influencers, Army recruiters are responding directly to millennials’ who ask, “What can you do for me?” and Generation Zers who say, “I want to make a difference.”

“A lot of young men and women still want to serve, but they are being told that it’s not what’s important,” he said, relaying the story of a recent high school graduate from Maine. As valedictorian, the young man had many options, but he told an Army recruiter that he wanted to serve his country.

The only problem? He didn’t qualify because he was overweight.

“In four months, he trained with another recruit and lost 100 pounds,” Anzalone said. “He changed his life just so he could serve.”

The buildup came too late for our family to progress further in the military, but we feel privileged that Francis was able to serve his country for 28 years. To us, no civilian job will ever provide the honor and camaraderie we found in the Navy.

Lt. Col. Anzalone hopes that young men and women choosing their path will realize that, “In the Army, you’re not just an employee. You’re a member of a family.” 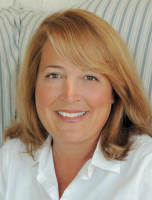