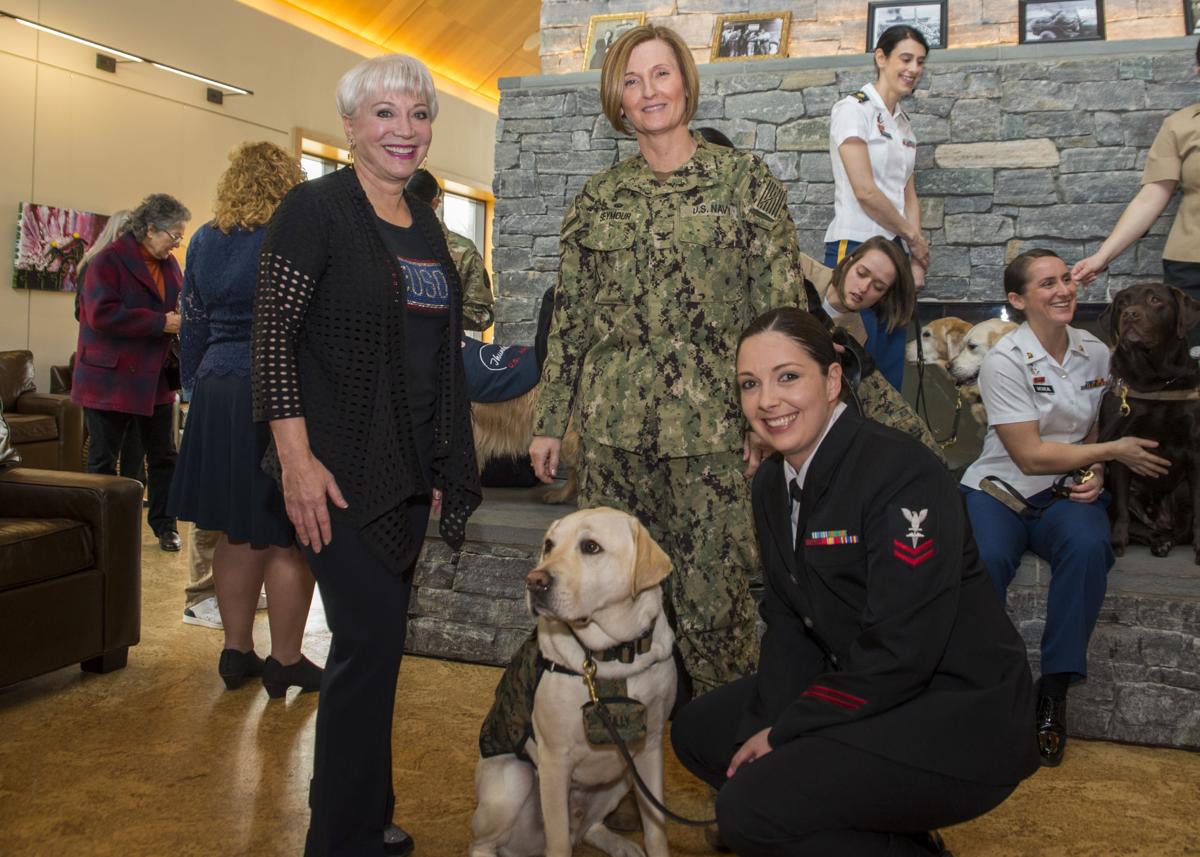 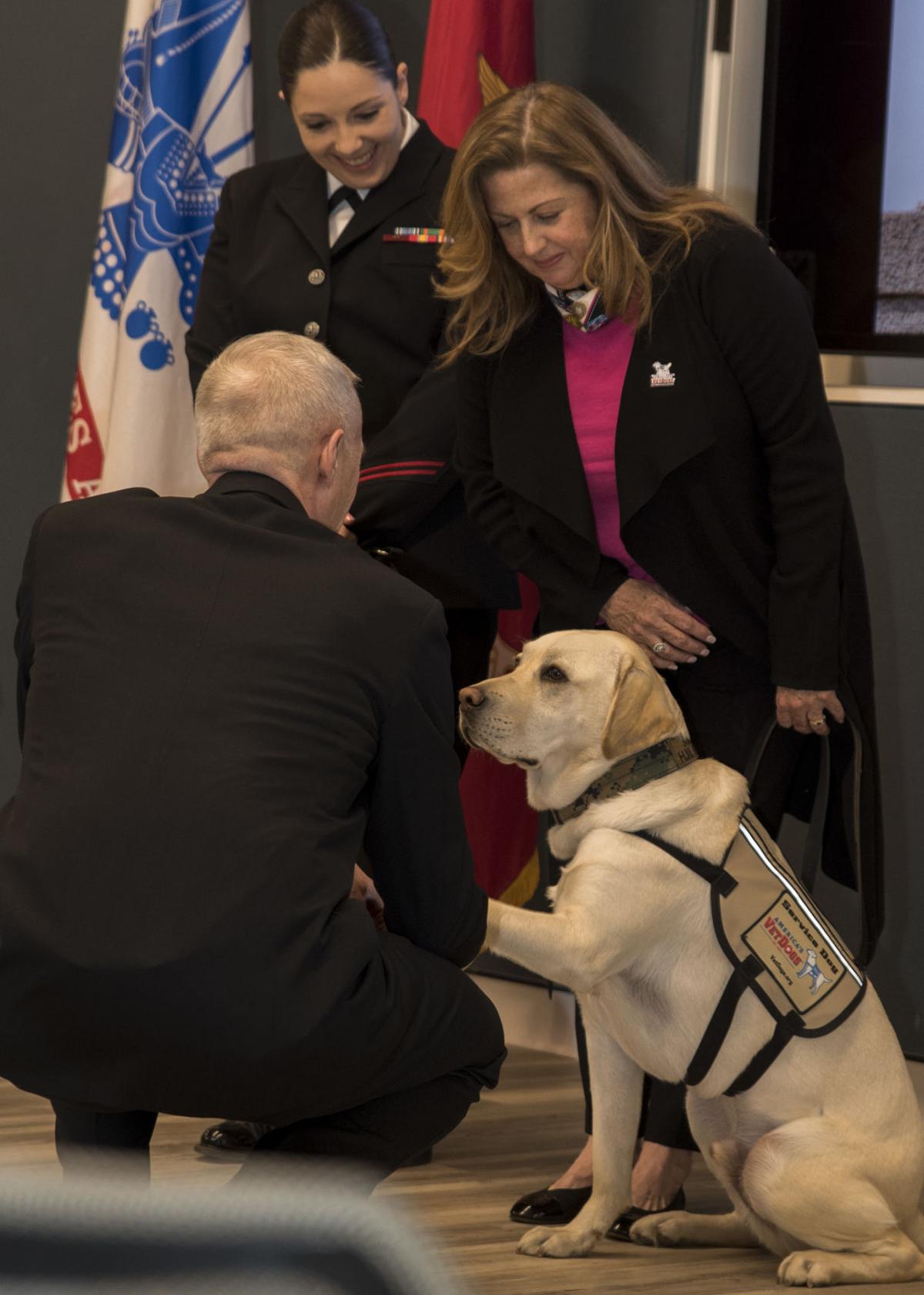 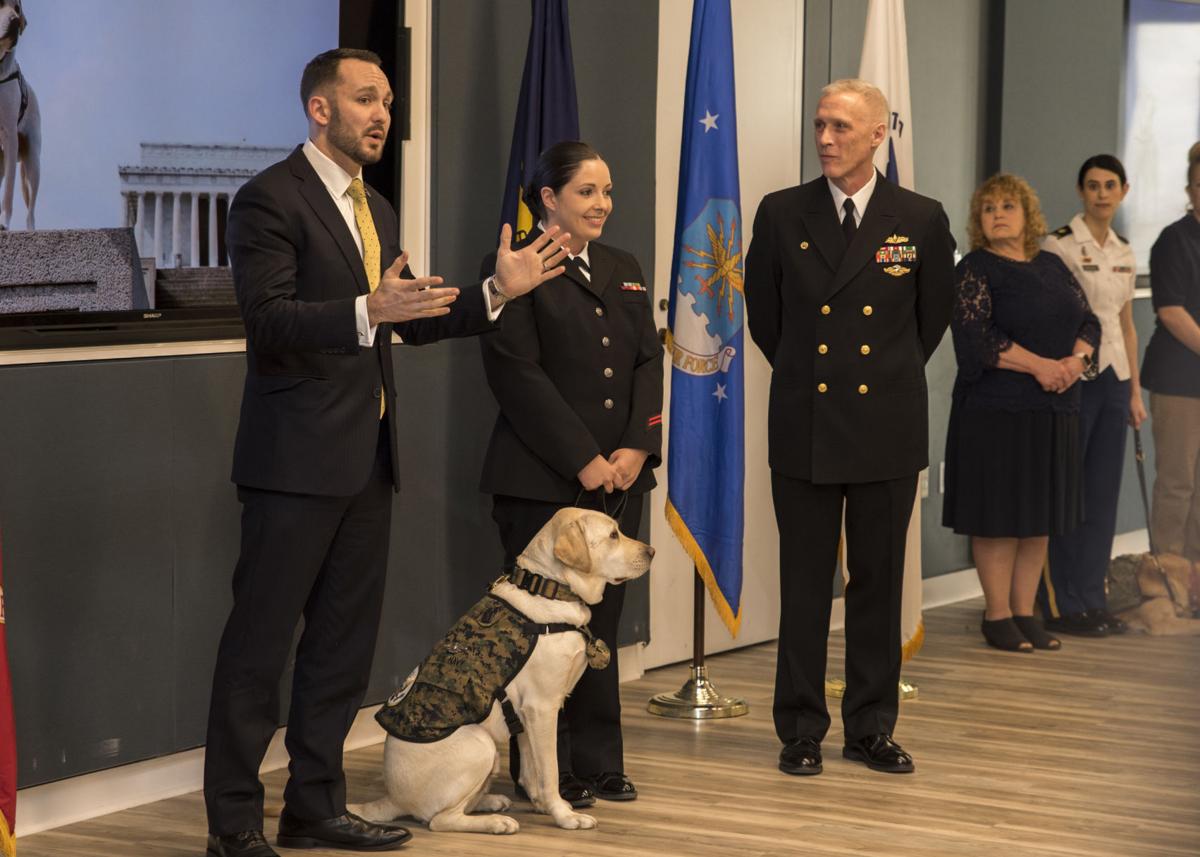 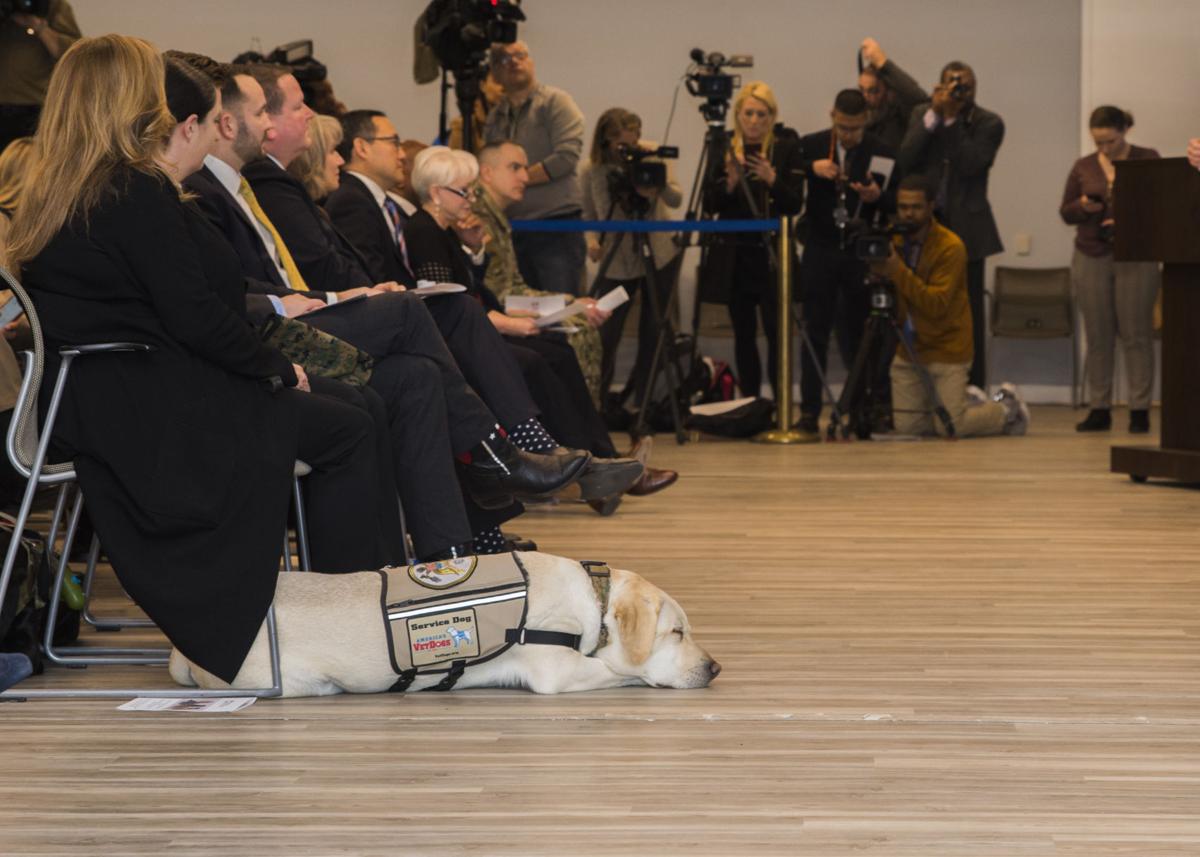 Sully H.W. Bush rests during his welcome aboard celebration at the USO Warrior and Family Center, Feb. 27, 2019.

Sully H.W. Bush rests during his welcome aboard celebration at the USO Warrior and Family Center, Feb. 27, 2019.

At the welcome aboard ceremony Feb. 27 at the United Service Organization (USO) Warrior and Family Center at Naval Support Activity Bethesda, Sully had a personalized oath of enlistment.

"Sully H.W. Bush, do you affirm, or pant, as a hospital corpsman in the United States Navy that you will support, comfort and cheer our warriors and their families, active duty and retired?"

He was asked to provide "unconditional love and solace, especially on busy days," and acknowledge that the responsibility came "without any promise of treats or tummy rubs."

WRB facility dogs average 2,500 contacts and over 200 working hours per month, collectively, according to the medical center. Sully, will be one of seven dogs working at the facility in Bethesda, Maryland.

“Through program tracking and monitoring, we determined that for every hour that a facility dog and their trained handler works, they have the opportunity to create positive patient experience for an average of 12 patients and their families,” the center’s news release said.

Sully had made headlines with a photo of him resting near the late president's casket inside the U.S. Capitol Rotunda on Capitol Hill in December last year. He was named after Chesley “Sully” Sullenberger, a retired airline captain, who landed a U.S. Airways passenger jet in the Hudson River after both engines lost thrust when the aircraft hit a flock of geese shortly after taking off from LaGuardia Airport in New York City.