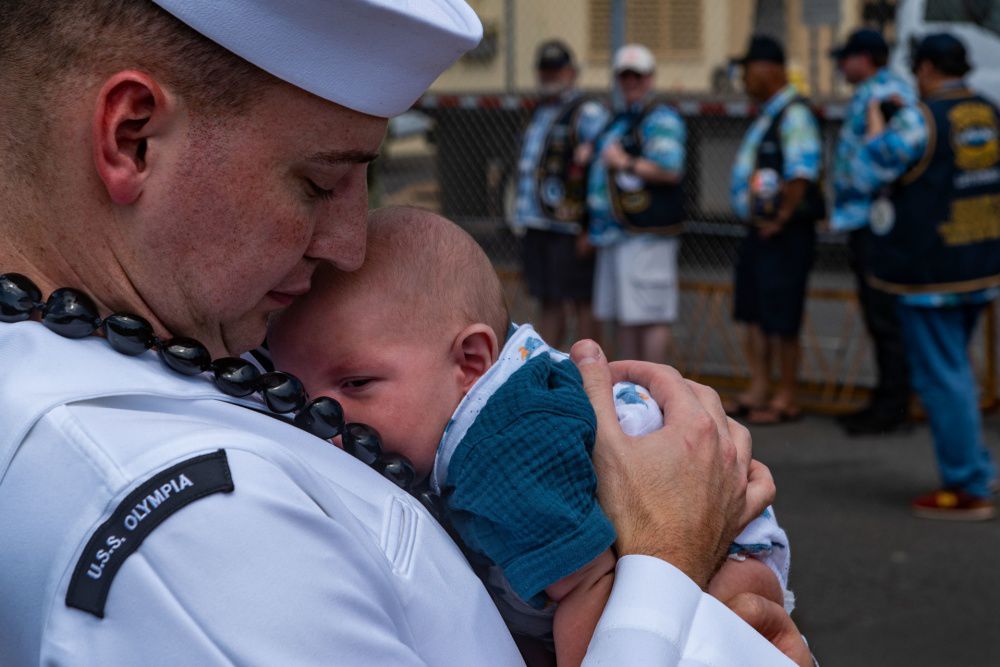 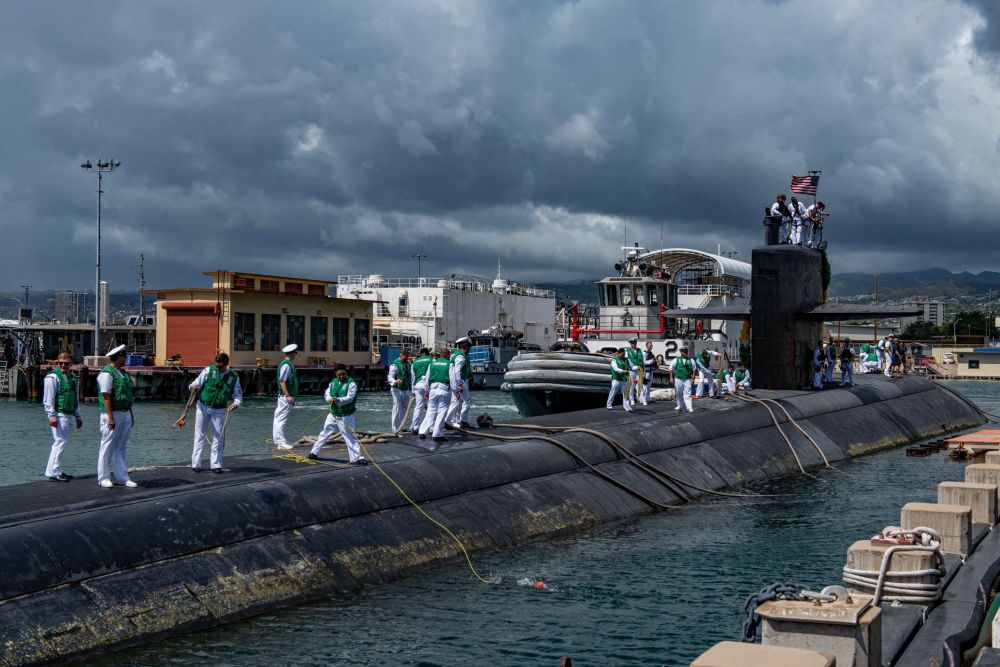 The crew of the Los Angeles-class fast-attack submarine USS Olympia (SSN 717) moors to the submarine pier following a seven-month deployment. Olympia returned from an around-the-world deployment in support of maritime security operations with allies and partners to ensure high-end war fighting capabilities in this era of great power competition. 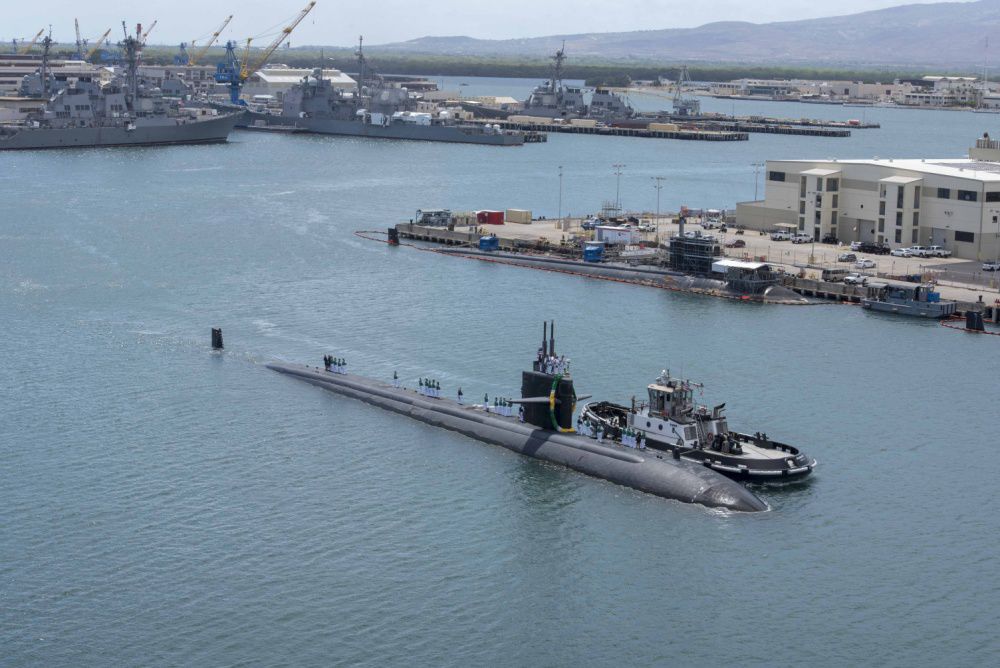 The crew of the Los Angeles-class fast-attack submarine USS Olympia (SSN 717) moors to the submarine pier following a seven-month deployment. Olympia returned from an around-the-world deployment in support of maritime security operations with allies and partners to ensure high-end war fighting capabilities in this era of great power competition.

“For everyone onboard, this was the first time we completed a circumnavigation of the globe," Placencia said. "As a Pacific Fleet boat, this was also our first deployment in the 5th and 6th Fleet [areas]. We have been training towards this deployment for months, and it was great to see the Sailors put their skills and knowledge to the test.

"Our motto is ‘We do difficult things with excellence, strength and honor,’ and that’s exactly what our Sailors did,” he added.

During its deployment, Olympia made port visits to Souda Bay, Greece and to Gibraltar, "to foster and sustain relationships with the Gibraltarian and Royal Navy,” said Cmdr. Benjamin Selph, Olympia’s commanding officer. “The crew of Olympia welcomed British Parliament members on a tour of the mighty Olympia during our visit. We joined the crew of HMS Talent (S92) in a day of barbeque and friendly sports competitions of soccer, football and volleyball. There was also a promotion ceremony for two Olympia Sailors and a dolphin presentation onboard Talent,” Selph said.

During their scheduled port call to Souda Bay, Olympia's crew completed an expeditionary weapons load to demonstrate their warfighting capabilities.

“Our submarine force operates globally with allies and partners to ensure high-end warfighting capability in this era of great power competition," said Rear Adm. Blake Converse, commander of the Submarine Force for U.S. Pacific Fleet. "Submarine crews, like Olympia, train and operate every day to guarantee we are ready to fight tonight.”

“The Navy ensures the safety of the seas and the security of the world’s oceans to provide safe-global commerce, and I got to be part of that,” said Machinist’s Mate (Nuclear) 3rd Class William Christmas, from Warner Robins, Georgia. “It was an amazing experience passing the equator and being able to participate in a Shellback ceremony with the crew.”

This Western Pacific deployment is scheduled to be Olympia's last before it heads to Bremerton, Washington, for inactivation.

“Olympia has completed her final deployment after 35 years of service, circumnavigating the globe in seven months starting from Oahu, Hawaii, transiting through the Panama Canal, Strait of Gibraltar and Suez Canal,” Selph said. “Sailing around the world in our country’s oldest serving nuclear-powered Los Angeles-class fast-attack submarine is a testament to the durability and design of the submarine, but also the tenacity and ‘fight on’ spirit of the crew.”

Years later, the cribbage board moved to USS Tang (SS 306) and has been passed on to submarines ever since. Next it went to USS Kamehameha (SSN 642), then to USS Parche (SSN 683)), USS Los Angeles (SSN 688) and USS Bremerton (SSN 698) before going to Olympia. The crew will turn the cribbage board over to the next-oldest fast-attack submarine in the Pacific before Ollympia decommissions.

Olympia is the second ship of the Navy to be named after Olympia, Washington. The boat is the 29th of the Los Angeles-class fast-attack submarines. Its keel was laid by Newport News Shipbuilding and Dry Dock Company March 31, 1981. Olympia was commissioned Nov. 17, 1984.

For more news from the Pacific Submarine Force, visit www.csp.navy.mil.