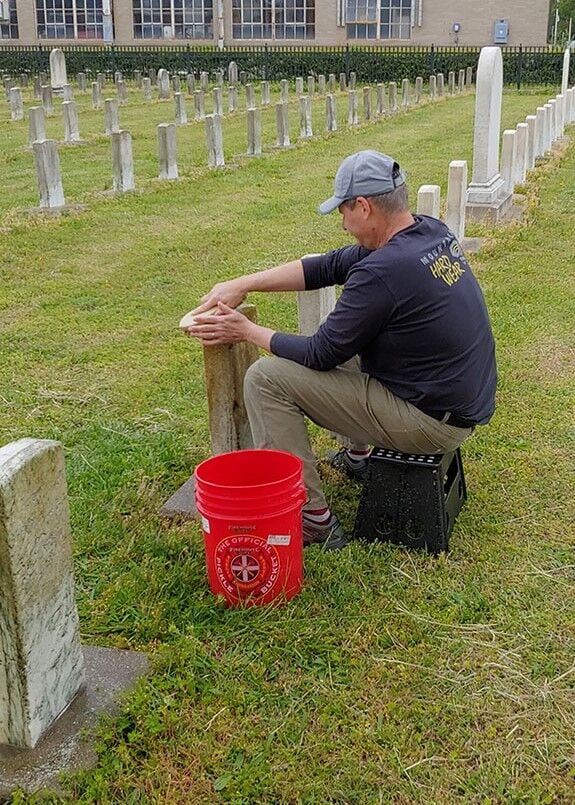 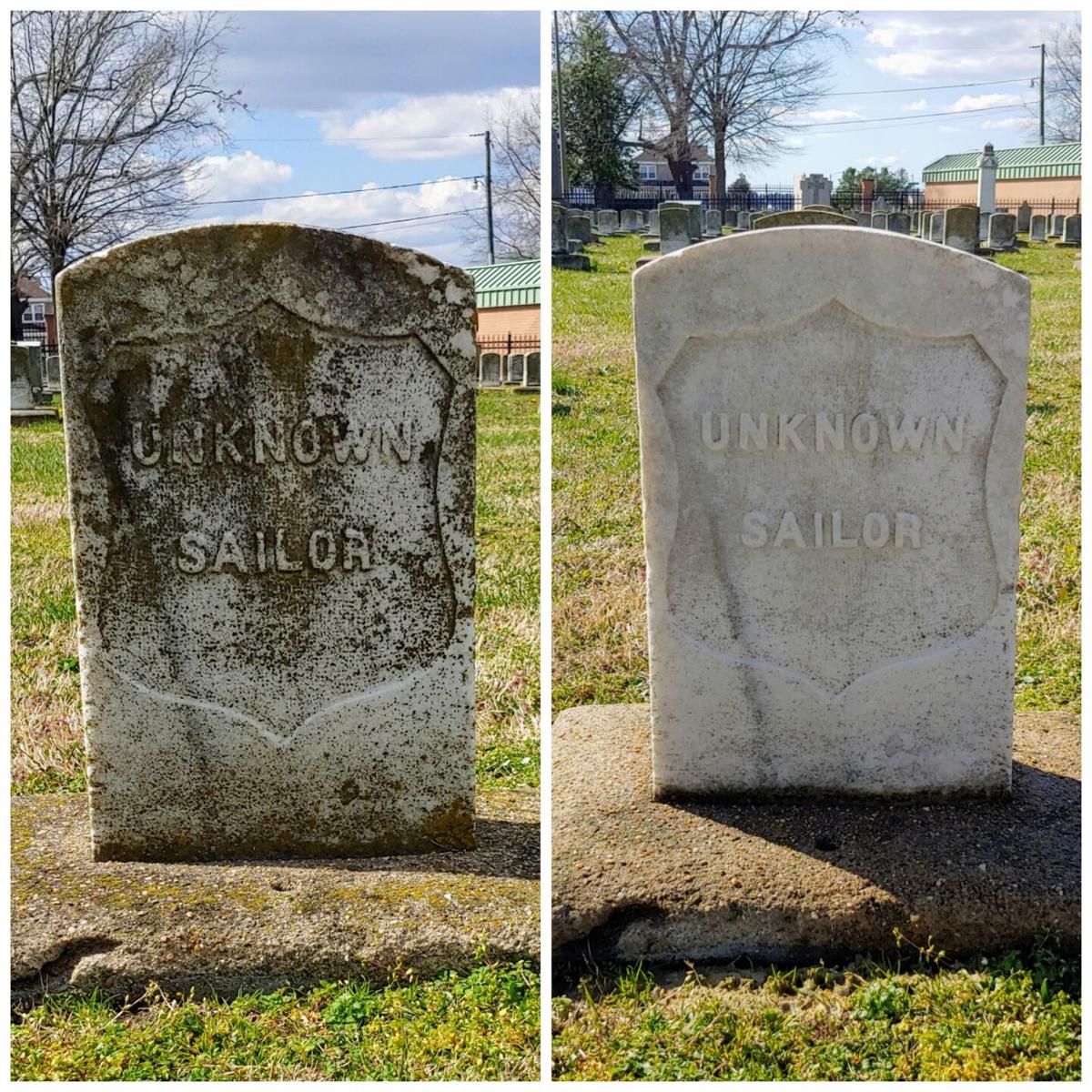 A headstone in the Captain Ted Conaway Memorial Naval Cemetery before and after it was cleaned by the Renewed Remembrance Group volunteers.

A headstone in the Captain Ted Conaway Memorial Naval Cemetery before and after it was cleaned by the Renewed Remembrance Group volunteers.

A special group of volunteers is giving back to military veterans by preserving the headstones in cemeteries in the local area.

It all began when Cmdr. Jim Nogle, Director of Current Operations, Naval Medical Forces Atlantic, saw something online one day that peaked his interest.

“I saw a group on a social media site and they were cleaning veterans’ headstones,” he said. “After that, I called [Lt. Stephanie Burkhart] and asked if she would be interested in starting a group and doing the same thing here in the Hampton Roads area.”

Nogle and Burkhart, Medical Administration Officer, USS George H. Bush, did their research and then signed up for a one-day class at the Norfolk Society for Cemetery Conservation in Norfolk’s Forest Lawn Cemetery where they learned how to properly clean and repair headstones.

“It was a great experience and we met a lot of people with the same interests,” said Burkhart.

During the class, they learned specifically about the cemetery approved cleaning materials and solutions that worked best and would not damage the delicate granite and marble stones.

Following their class, Nogle and Burkhart met with Kenneth Pugh, Site Director at Naval Support Activity (NSA) Hampton Roads-Portsmouth Annex to see if they could start cleaning headstones in the cemetery on base.

“I was very happy that they were interested in honoring those Sailors who made the ultimate sacrifice to defend our freedom,” said Pugh. “Cleaning these headstones was important to them and I wanted to ensure that they had everything needed to start the work.”

The group met with Pugh and did a walk-through of the cemeteries at NSA Hampton Roads, but ultimately decided on Captain Ted Conaway Memorial Naval Cemetery first due to its size. This particular cemetery includes graves of more than 850 fallen Soldiers, Sailors and Marines from Brazil, Great Britain, France, the Netherlands, Russia, Spain, Sweden, and Germany.

“We plan on cleaning other headstones in other cemeteries once we complete the more than 840 stones at Portsmouth Annex,” said Nogle.

The group, Renewed Remembrance, consist of a few volunteers with multiple Navy groups and associations helping with the cleaning of the headstones.

“It’s our way of giving back to those who came before us,” said Nogle. “The mission of our organization is to clean, repair, preserve and catalog veteran and military gravesites.”

The group meets on most weekends, but with the colder months approaching, they will have to take off most of the winter.

“The product that we are required to use prefers the stones to not be less than 45 degrees on the surface of the stone,” said Nogle.

Cleaning the headstones gives the volunteers the opportunity to connect and reflect on the sacrifices made by those veterans.

“It is so peaceful out there at [Portsmouth Annex] and usually a nice breeze coming off the river,” said Burkhart.

The group has a Facebook page where they post events and information about their organization and any upcoming events.

“We also post stories and photos of the men who are buried in the cemetery,” said Nogle. “Most people are unaware there are six Medal of Honor recipients buried at Captain Ted Conaway Memorial Naval Cemetery.”

For additional information on the Renewed Remembrance group, visit www.facebook.com/RenewedRemembrance.