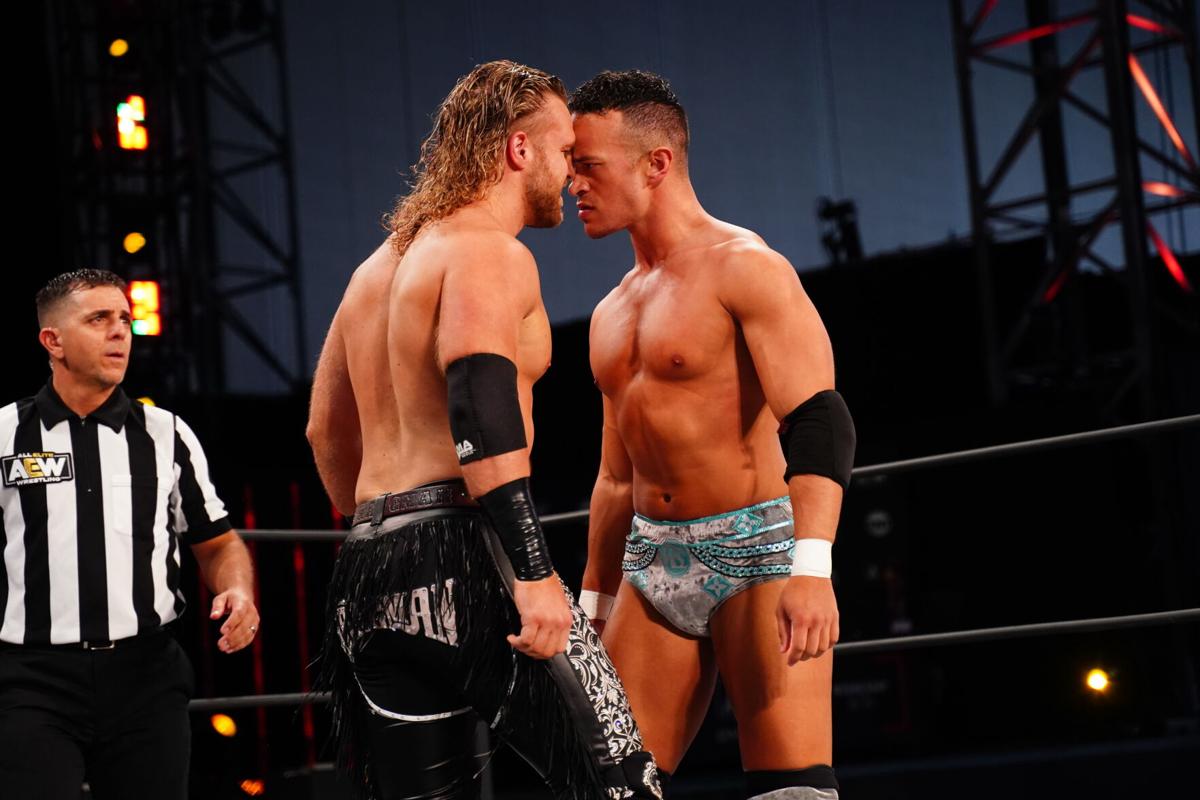 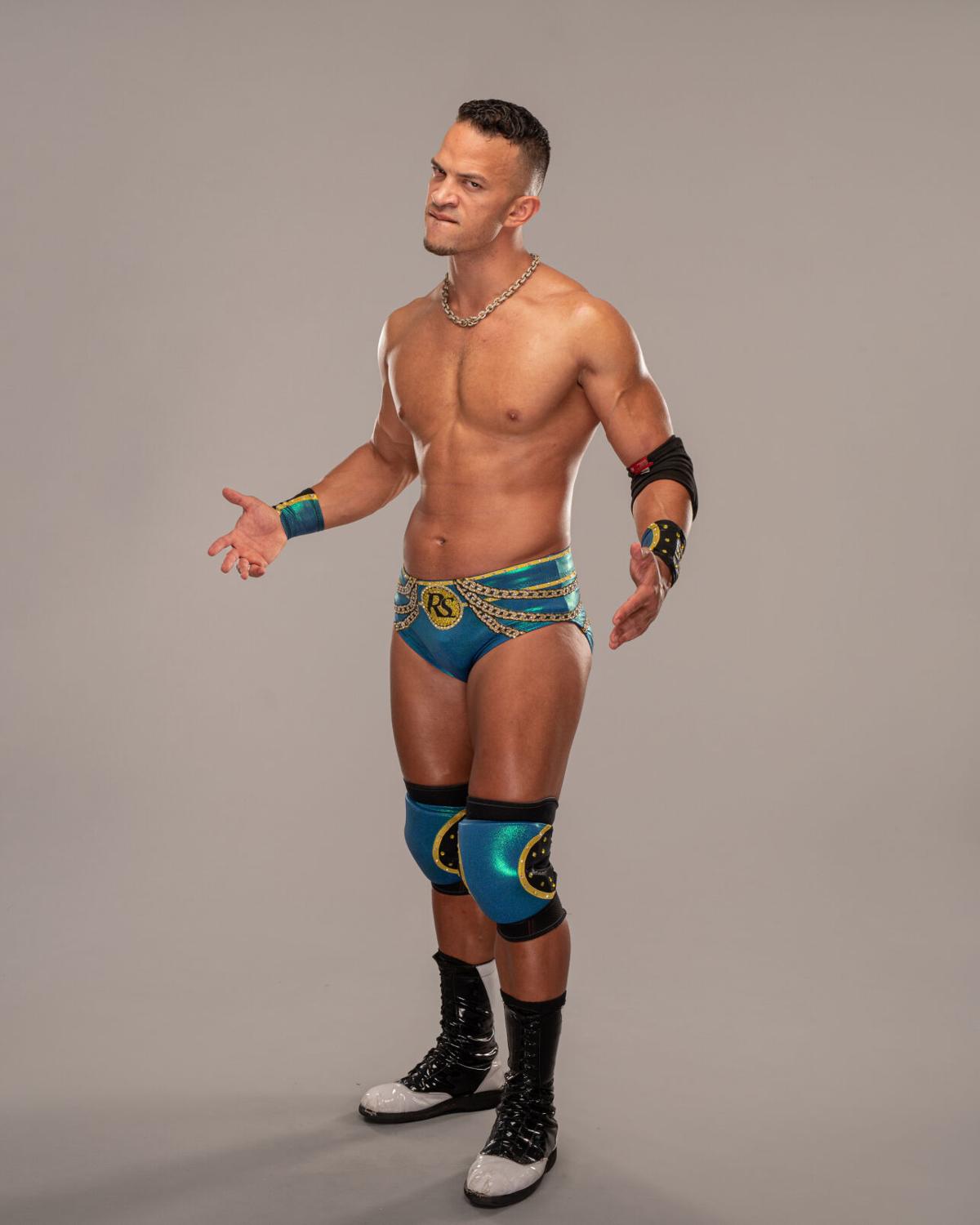 Founder, CEO, GM and Head of Creative Tony Khan has put together an amazing array of wrestling talent such as: CM Punk, Sting, Darby Allin, Cody and Brandi Rhodes, our Virginia own Hangman Page, Ricky Starks, Chris Jericho, Kenny Omega, The Young Bucks, Jon Moxley, Mero, Sammy Guevara, legendary announcers JR and Tony Schiavone and so many more. So many of these amazing stars will be at the Chartway Arena November 17th and are looking forward to entertaining all the wrestling fans.

Tickets can be purchased at https://www.chartwayarena.com/events/detail/all-elite-wrestling

Due to the ongoing COVID-19 pandemic, Chartway Arena is requiring all guests 10 and over, regardless of their vaccination status, to wear masks while inside the Arena.

With us today is AEW superstar Ricky Starks.

Yiorgo: Why should people come to this particular AEW show at the Chartway Arena in Norfolk Wednesday November 17th?

Ricky Starks: Honestly, I think any AEW show is worthwhile and worth checking out. Watching it at home is great but with the live experience, you get a different type of energy, especially being in an arena with other like-minded people who love wrestling, who love AEW. I think that’s one of the best things about the AEW wrestling experience. On top of that, it’s a different feeling when you get to see the wrestlers come out, see their movement, feel their energy, their vibes and how fans respond to the different types of characters. I think just based on that alone, it’s worth it’s money tenth fold.

Then you get into the fact that we have great matchups. Almost every Dynamite card that we have is pay-per-view quality. It’s star studded to the max. It’s also a great time to get in at this point with AEW. The forward, upward momentum that we have going on is so infectious that it’s like, why wouldn't you want to be a part of that, go to the shows, get the full experience, enjoy yourself and get great wrestling content.

Y: Where were you born, what motivated you to become a pro wrestler and who were some of your favorite wrestlers growing up?

RS: I was born in New Orleans, Louisiana and I started watching wrestling at an early age. I decided I was going to be a wrestler when I was seven. Growing up, I was a big fan of the Undertaker, Mankind and The Rock in that order that I enjoyed. I moved to

Vegas after Hurricane Katrina and I fell out of wrestling for about a year, basically, I kinda stopped watching RAW. When I was 18, I moved to Austin, Texas. I started training in July, 2011, I had my first match in October of the same year and it kinda just took off from there.

Y: You have an incredible Undertaker story. Can you share it with us?

RS: I was training at the Onnit gym here in Austin and this was around the time Taker was getting ready for his match against Shane McMahon in Dallas, Texas. We were training at the same time and one day I went up to him and started shooting the breeze with him, real low key type stuff. I kept seeing him there. There is a documentary that a guy named Brandon who worked at Onnit did on Taker that I was a part of as well so we kinda kept in contact that way.

Then when Taker was getting ready to gear up for his match against John Cena at WrestleMania in New Orleans, he hit me up and my old tag partner Solo to go and work out with him for a few days. I actually ditched work to go and train with him because it was such a cool experience. I remember faking like I was sick. I went to work. I got out of my car right after my boss got out of his, and I had some oatmeal and water in a shaker bottle. I shook it up and drank a little bit of it, put it in my mouth and when I got out of the car, my boss was walking right past me, I spitted it out of my mouth onto the ground so it looked like vomit. I said, I just don’t feel good, but I'm going to try and work through it. He was like, “No, no man you need to go home. You don’t look so good.” I went home, changed and went and trained with Taker. It was a great time, especially with Taker being my favorite wrestler of all time to be in the ring with him, to train and this and that. It was a cool, cool experience that I would not change for the world.

Y: What are some career highlights that you are very proud of?

RS: One was literally getting hired for one match in AEW against Cody Rhodes. Another was going to Japan, and my third was getting to wrestle Sting, after Sting had been out of the ring for a good six or seven years. It was a really, really, really good match, the best cinematic match in wrestling, period. Those are the ones that stand out to me.

Y: How did you become a commentator on AEW Rampage?

RS: Mark Henry couldn't make it to one of the Rampage tapings so I filled in for him and it kinda just stuck that way. But I have been working on that for a while now. I had been doing commentary on AEW Dark with Excalibur and Taz so it wasn’t that foreign for me to jump in. I really enjoy it, it’s fun and something different to add to my list of things that I am good at.

Y: What’s it like working and learning under the tree of Taz?

RS: It’s been a really great experience. I can always ask him for his input on things and even his viewpoint of how things used to be compared to now. It’s good to have that kind of a person because you can’t put a price on that type of knowledge.

Y: Who has inspired you in life and career?

RS:I have been asked this question before and it’s hard to answer because I would never give a BS answer. My mom is an inspiration to me just for the fact that she has been both my mom and dad. She is awesome. She works very, very hard and has done it for so long. I think for me, my main inspiration is myself. I don’t mean it in an egotistical way. What I mean by that, is that I put so much pressure on myself to be able to maintain my mom and my family and to help other people out, and that is what really pushes me. I think of inspiration as someone who pushes you to move forward. So with that in mind, my inspiration is to try and provide for others.

Y: What are some of your future goals say 10 years from now?

RS: In 10 years, I'll be 41 and by then I think I would have reached the pinnacle of success in AEW by winning World Championship titles and being an all-out star. Also I would like to dabble in acting, appear in TV roles and bridge from pop culture to AEW and make sure more people know about AEW and how great it is.

Speaking of how great AEW is, definitely check out Rampage on Friday nights on TNT 9:00 PM central time and of course check out Dynamite at the Chartway Arena November 17th as well. It’s going to be a really, really great show in Norfolk. Hangman Page is from that area so that should be a great homecoming for him as well.