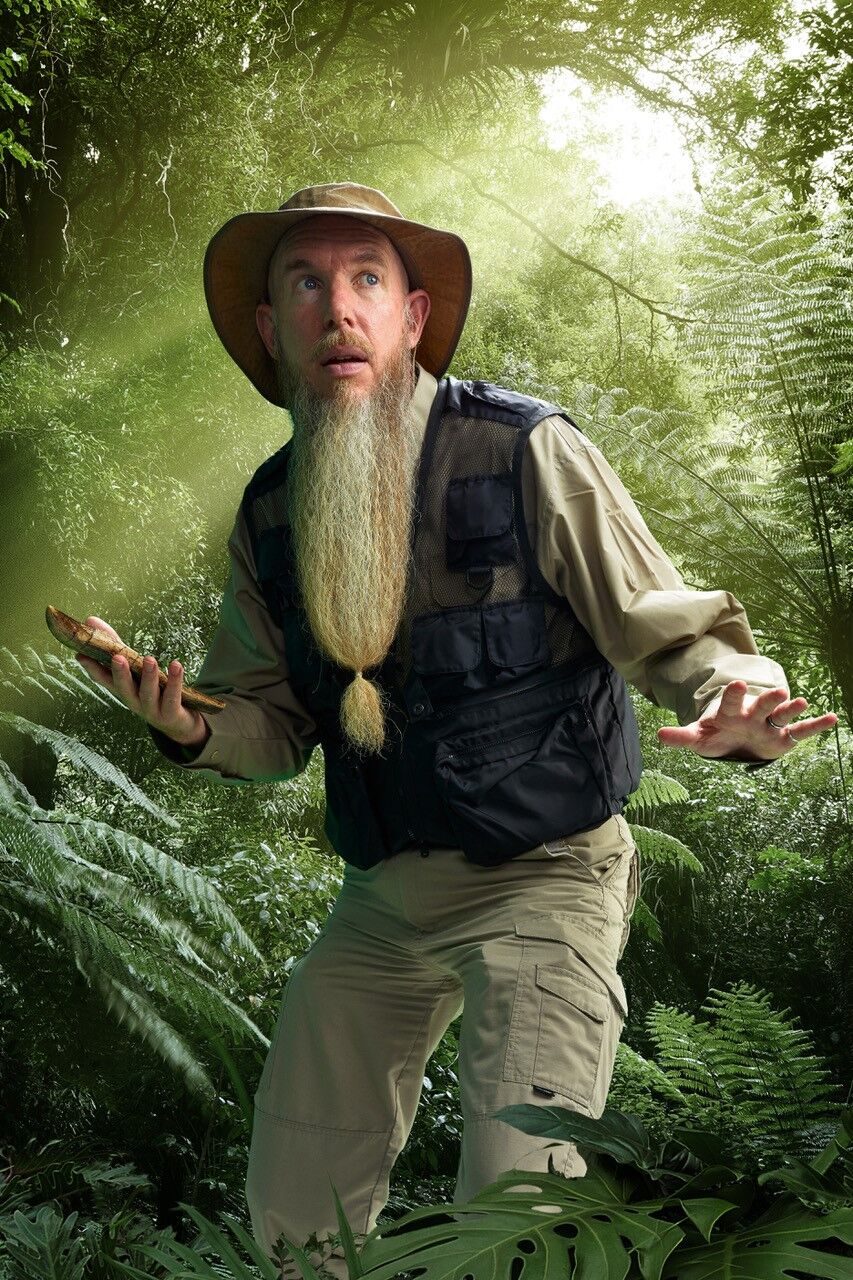 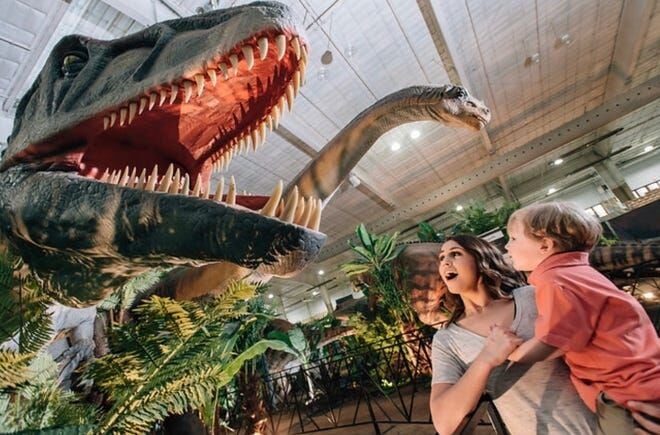 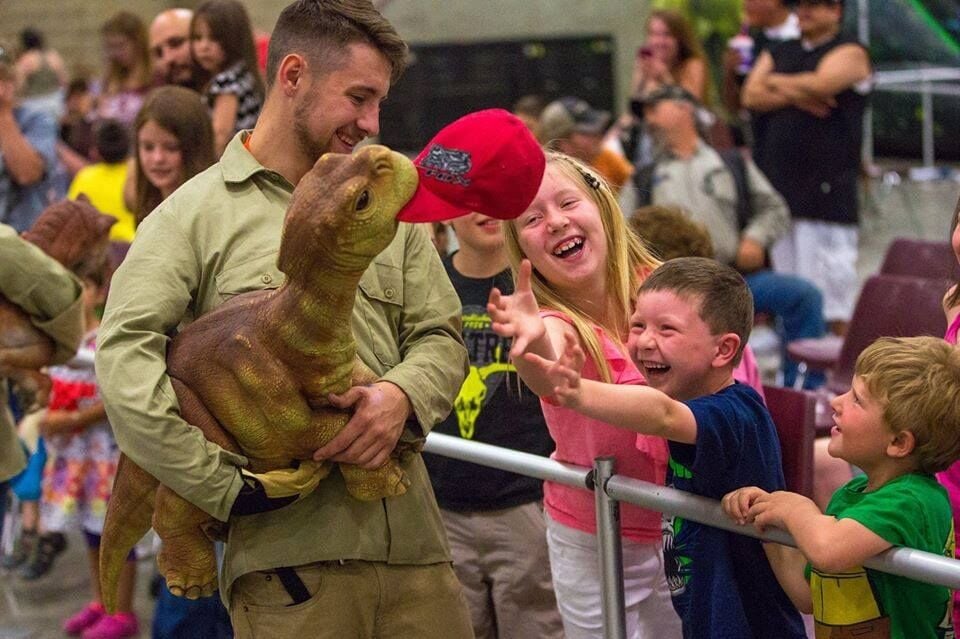 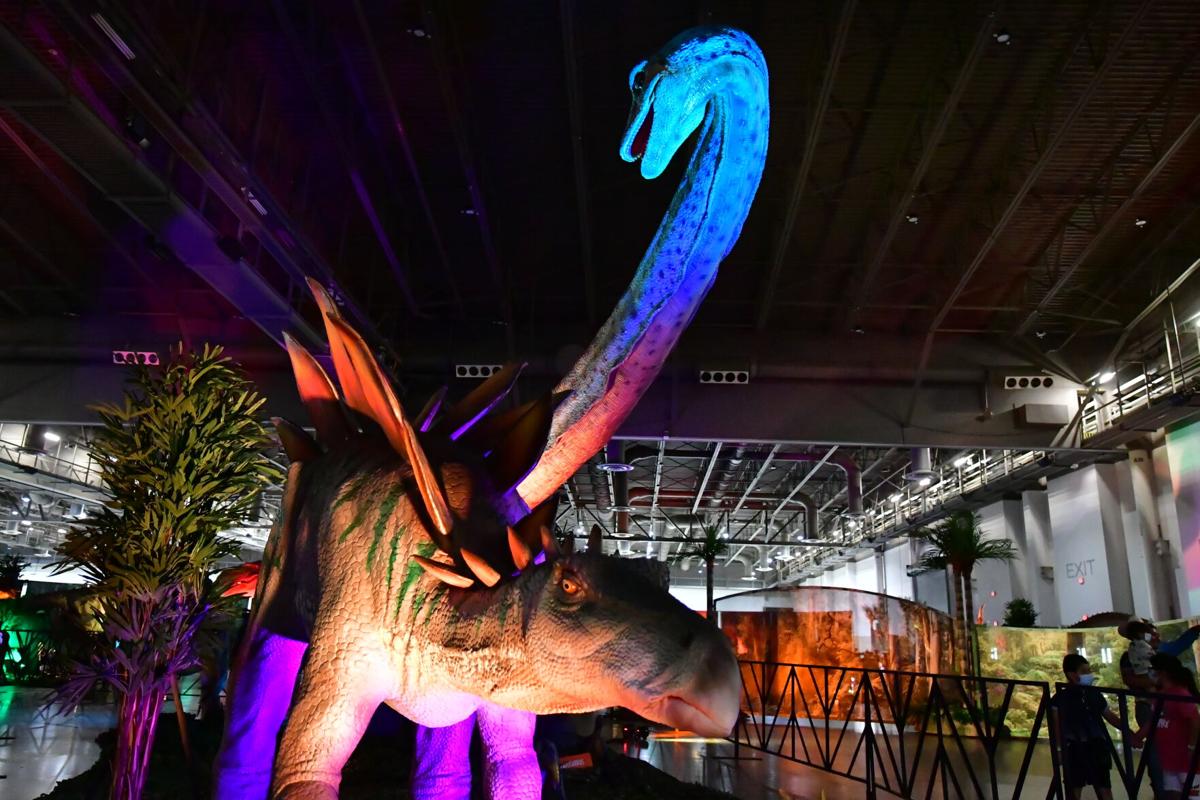 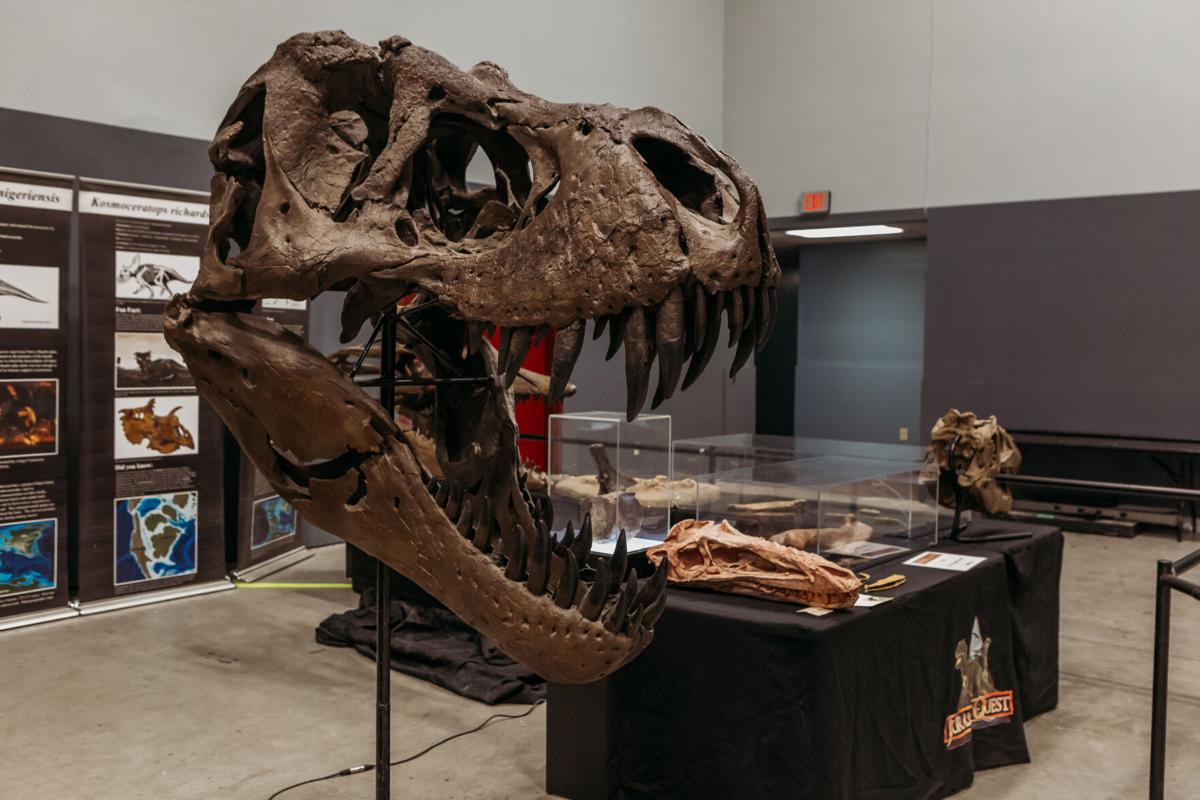 Jurassic Quest, is the largest exhibition of life-size, moving, museum-quality dinosaurs from the Cretaceous, Jurassic and Triassic Periods and they are bringing their dinosaurs for fans of all ages to immerse themselves and see what it was like to be among dinosaurs of all kinds. It all happens this weekend October 8th-10th at the Hampton Roads Convention Center in rooms A, B and C in a safe (all the CDC and state guidelines are followed), fun environment with scheduled time slots where the lines are shorter, and the fans are able to do and experience more in less time.

Go to https://www.jurassicquest.com/events/hampton-va for tickets and more info

We were delighted to talk to Park Ranger Marty, one of the Jurassic Quest’s characters.

Yiorgo: What should people expect to see and experience when they come to the Jurassic Quest indoor event at the Hampton Roads Convention Center this weekend?

Park Ranger Marty: It’s all about the children, their parents and grandparents building memories. Those big moments that your kids will remember forever about that time they spent with you walking and interacting with life-size dinosaurs. Families always want to do things with their kids and Jurassic Quest is an amazing experience for that.

We have over 100 animatronic dinosaurs. There are dinosaurs so big that you can ride them. We also have walking dinosaurs, our Utahraptors who are also in an actual show that features them. Jurassic Quest is not only fun but educational. We have a fossil table where I am typically at and you see real and casts of fossils. That’s the great thing about bringing your kids to a dinosaur show. I call it the ‘gateway science’ because now the kids get into geology, astronomy, biology, etc. You are sneaking in education while they are having a good time. We also have airbrush tattoos and an area for kids under two.

We have five primary human characters: I am Park Ranger Marty the fossil and dino expert. We also have Prehistoric Nick, the younger version of me, the techie dino expert, Captain Caleb who is a dinosaur trainer, Dino Dustin who is the most calm and level headed, a bit of a dinosaur whisper and Safari Sarah, a spitfire who lights up a room when she walks in.

We also have three baby dinosaurs: Kelly the Camarasaurus who is always grabbing stuff, trying to eat my beard, and steals things from our guests. Then there is Trixie the Triceratops, the sweetest, cutest, kindness little baby for the little ones, and Tyson the T-Rex, who is trouble and a hard one to take care of.

Y: What is your full real name, where were you born and can you give us a brief bio about growing up. Were you into dinosaurs at an early age?

PRM: I am from Indiana originally and Martin Hoffman is my real name. My great aunt got me into dinosaurs. Also when I was in second grade, Mrs. Gibson’s class was next to my class and I would sneak over to her class because it was all decorated with dinosaur stuff. When I was in the sixth grade, she had me come back and do a presentation for her second grade class about dinosaurs. Also in sixth grade, I did my first standup routine for the school talent show. So now to travel around the country teaching and entertaining people about dinosaurs, I’m living my best eight year old life.

Y: How did you get into this line of work and where did the name Park Ranger Marty come from?

PRM: I took my son who was seven at the time to see Jurassic Quest. He was a little nervous and I got a job. They were hiring because they were getting ready to go from one to two shows and needed people for the second show. I ended up talking to the actual founder of the company Dan Arnold that day, came back for an interview two weeks later, got the job and started heading out on the road with them.

When I was originally hired, unlike now where we have a system in place to keep the lines shorter, I was hired to entertain the people in the lines because my background is in standup comedy and improv comedy. There are so many other things to do, that I never really got to do that. The dress attire for the crew was a black Jurassic Quest tee shirt and I came in wearing a safari outfit. One day this kid came up to me in complete awe, “Are you the captain of the dinosaurs?” And of course I said yes I am. He runs off and a few moments later his mom comes back and says, “Can my son get a picture with you please? He said he had to get a picture of himself with the captain of the dinosaurs.” So for a while I was known as Captain Marty. I was on the ToyLabTV YouTube show one time and they called me Park Ranger Marty. I saw it had two million views, and I said well, I’m Park Ranger Marty. We did another episode on ToyLabTV where they teased that I may turn to the dark side and that one is up to about seven million views. Park Ranger Marty is a character but he is also an extension of me.

PRM: A mom told me a story of how her husband and son would role play being characters from the ToyLabTV show that she was not familiar with and when she asked them who she would be playing, they told her Marty, with her thinking that Marty was a woman. Then she came to our Jurassic Quest show and found out her character is a man with a long beard.

On a personal note, Jurassic Quest has been a real blessing for me. Pre-Covid, we used to do tours at dinosaur exhibits and teach people about them. At one of the tours I was talking about the Desmatosuchus who is not a dinosaur and that particular one, had horns curling back. I was talking about how we don’t know what those horns were used for. This woman raises her hand and says, “I know, they are handles so you can ride them. Can I ride him?” I said no. She was persistent and I finally agreed for her to take a picture after the show of me riding it. I got her contact information, became Facebook friends, went out on a date with her the next day, and it’s now almost four years that Heather and I have been married for close to three years. By the way, I never let her ride a Desmatosuchus but one of my managers did. I believe because I said no is the reason we are together.

Y: Any pinch me moments?

PRM: I get to be around dinosaurs all the time, travel, go to the back of the museums where they have the fossils stored and sometimes work with them and picking the minds of amazing paleontologists have really been amazing moments for me.