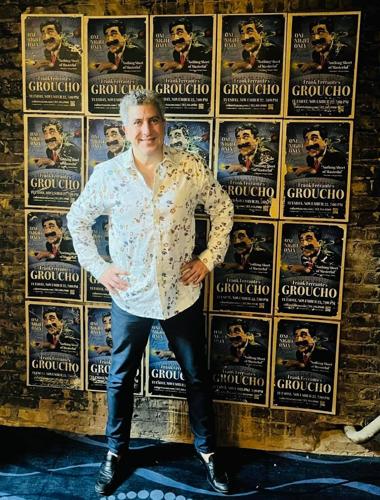 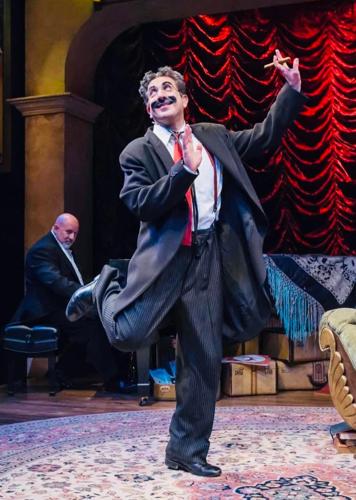 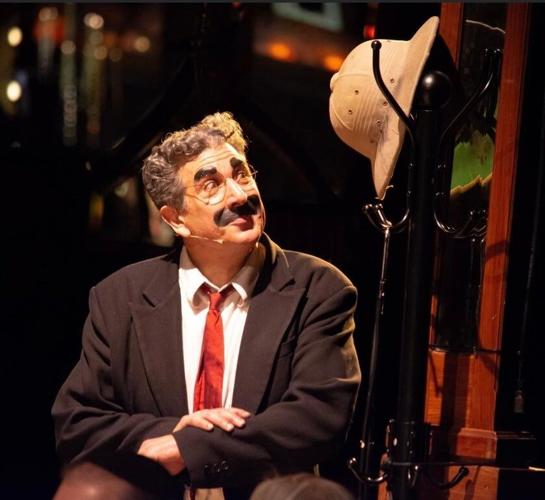 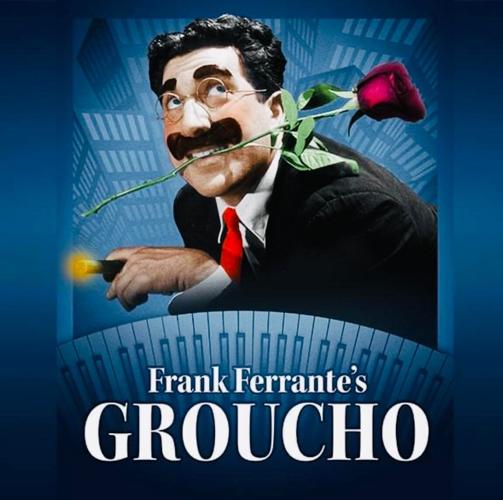 For over 35 years and over 3,000 performances in over 500 cities world-wide, Frank Ferrante’s labor of love for the legendary Groucho Marx is like fine wine. It continues to get better with age. Frank is proud to announce that his filmed stage show “Frank Ferrante’s GROUCHO” will be broadcast on public television, over 120 times nationally from LA to NYC between 12/26 and 12/31.

Broadcast dates and times for the PBS stations continue to be added daily on the list. For an updated list, go to https://www.eveningwithgroucho.com/thefilm.

The New York Times described Frank as “the greatest living interpreter of Groucho Marx’s material.” “Nothing short of masterful” from the Chicago Tribune, “Uncanny...astonishing” says L.A. Weekly, and The Today Show, Gene Shalit called Frank and the show “Brilliant”.

And those who knew Groucho best, his family and friends: “Nobody does Groucho better than Frank Ferrante.” Is what Arthur Marx, Groucho’s son said. Miriam Marx, Groucho’s daughter, has said that “Frank doesn’t just do Groucho...he is Groucho.” And Morrie Ryskind, co-author of the Marx Brothers hits The Cocoanuts, Animal Crackers and A Night at the Opera said “Frank is the only actor aside from Groucho who delivered my lines as they were intended to be.”

I was very fortunate a few years ago, to see the internationally renowned, award-winning actor/director/playwright Frank Ferrante’s acclaimed show “An Evening with Groucho” and spoke with him on the phone. Frank gets very excited every time he has the opportunity to re-introduce Groucho to a whole new audience, to those who are young and those who are young at heart.

Yiorgo: How and when did you discover and fall in love with Groucho?

Frank Ferrante: I was 9 years old when I saw the Marx Brothers movie “A Day at the Races.” I remember, I never laughed so hard in my life. They were an escape for me; I wanted to behave like they did, complete anarchy, because I was going to a very strict Catholic School at the time.

Y: Talk to us about when and how you came up with the idea to do a one-man show on Groucho?

FF: The year was 1985 and I was a student at the University of Southern California. As part of my senior project, I put on a one-man show on Groucho Marx that I had written. I wanted real feedback and I invited Groucho Marx’s son Arthur, a playwright, Groucho’s daughter Miriam and Morrie Ryskind who co-wrote three of the Marx brothers greatest hits, “Animal Crackers” “Coconuts” and “A Night At The Opera.” They showed up and Arthur said, “If I ever do a play about my father I’d like to use you.” I graduated from the University of Southern Cal, a year later we were doing his show and here we are more than 35 years later continuing the love affair.

Y: Tell us about the show.

FF: The show is storytelling with songs from Groucho’s Broadway shows and films as well as one-liners and bits from his movies. But the glory of the show is the improv where the audience literally becomes part of the show. You don’t have to know who Groucho is to fall in love with the show.