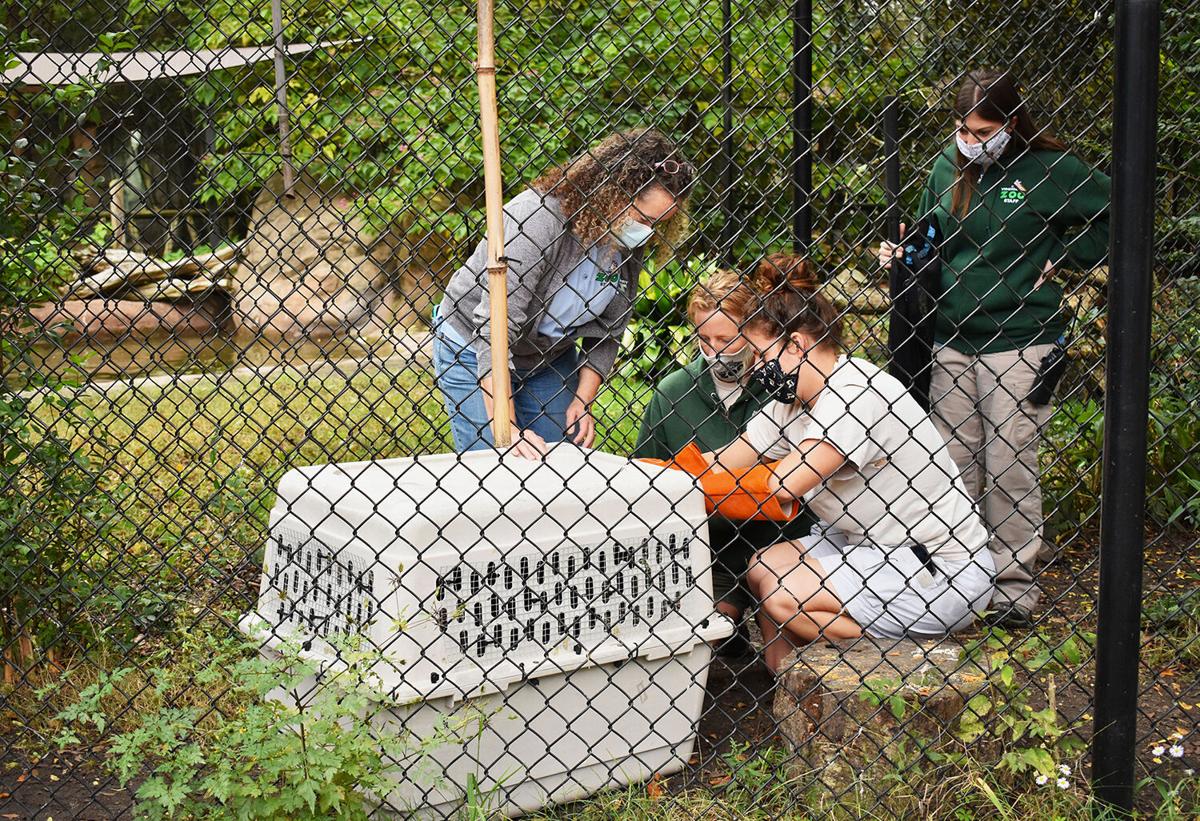 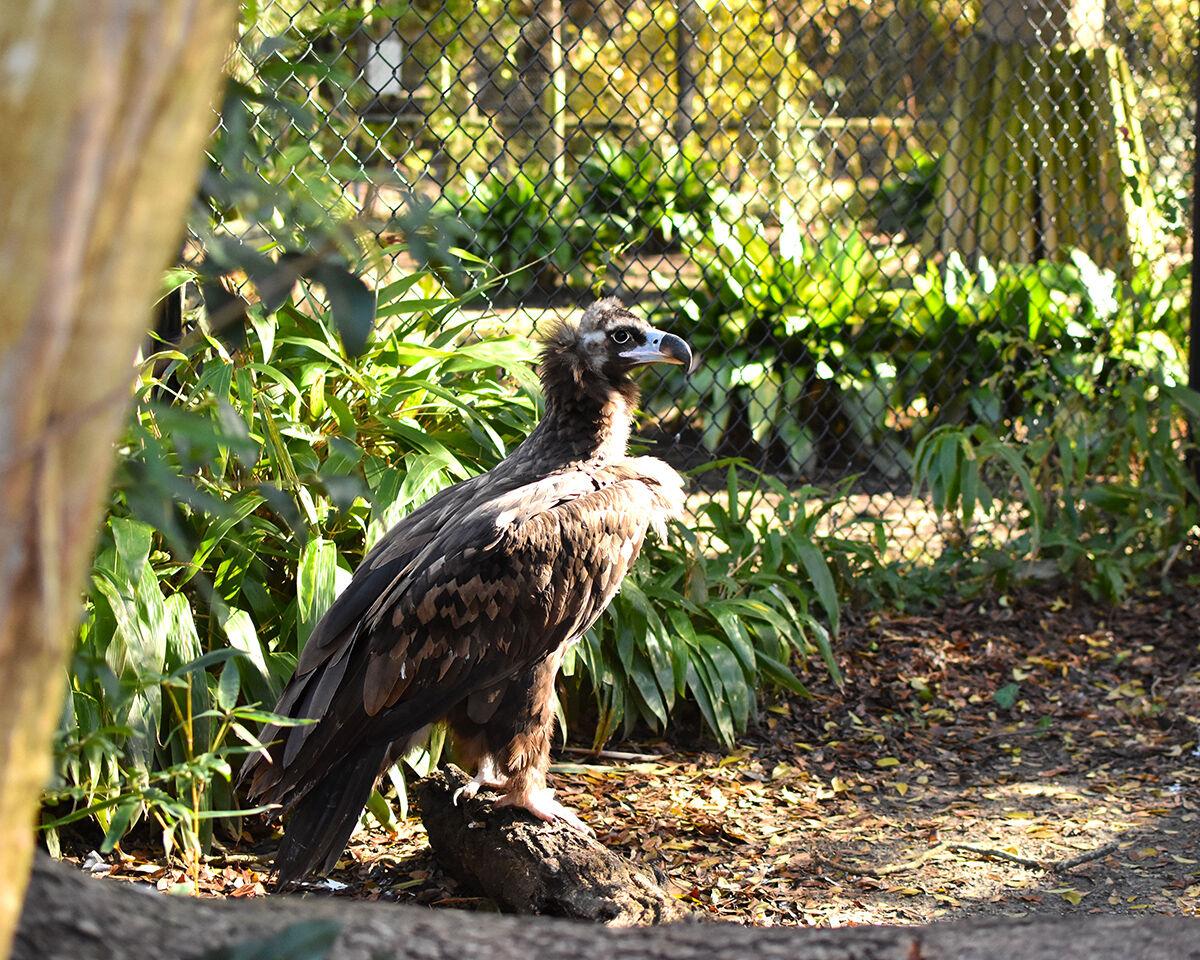 The Virginia Zoo’s newest resident, a cinerous vulture name John Denver has arrived from the Living Desert Zoo in California. He received a breeding recommendation from the Species Survial Plan which brought him to the Zoo to meet his new mate, Eve.

The Virginia Zoo’s newest resident, a cinerous vulture name John Denver has arrived from the Living Desert Zoo in California. He received a breeding recommendation from the Species Survial Plan which brought him to the Zoo to meet his new mate, Eve.

Norfolk, Va. – The Zoo’s newest resident, John Denver, is settling into his surroundings this week. While he won’t be singing to Zoo visitors, John Denver will be impressing them as one of the largest and heaviest birds of prey with his massive 10-foot wingspan. John Denver, the cinerous vulture, flew into Washington DC (via an airplane, of course) from the Living Desert Zoo in California, then made the car-ride from DC to Norfolk.

John Denver was an egg laid at the Denver Zoo, then flown to the Living Desert Zoo before he even hatched to be raised by cinereous vulture foster parents. As an homage to the city he originally hailed from, Keepers lovingly named him John Denver. He landed at the Virginia Zoo due to a breeding recommendation from the Species Survival Plan that paired him with Eve, the Zoo’s resident female cinerous vulture.

After the initial introductions, Zoo Keepers observed positive key behaviors – proximity, positive interactions and eating and since, the pair have also been seen preening each other and playing with enrichment items – nothing says potential love like tearing up a fish carcass together.

Cinereous vultures, also known as monk vultures, black vultures and Eurasian black vultures are flighted birds that can weigh up to 28 pounds and measure over three-and-a-half feet tall. Their species is listed as near threatened to extinction due to human-animal conflict such as poisoning. The species’ global population is estimated at 14,000-20,000 mature individuals.

The two are on visible from the boardwalk that overlook the tapir habitat in Asia – Trail of the Tiger. Read more about the couple and the process of transporting animals at virginiazoo.org/blog.

The Zoo is open daily 10 am to 4 pm, advanced reservations and timed tickets are required. Visit virginiazoo.org for more information.