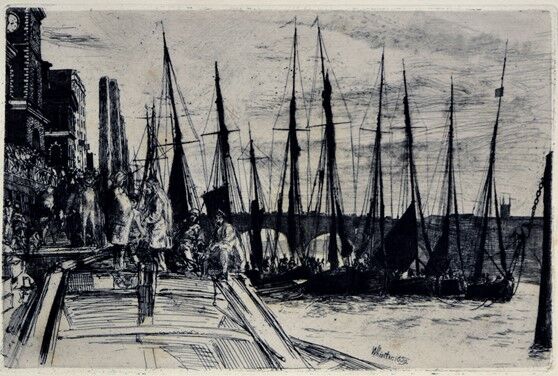 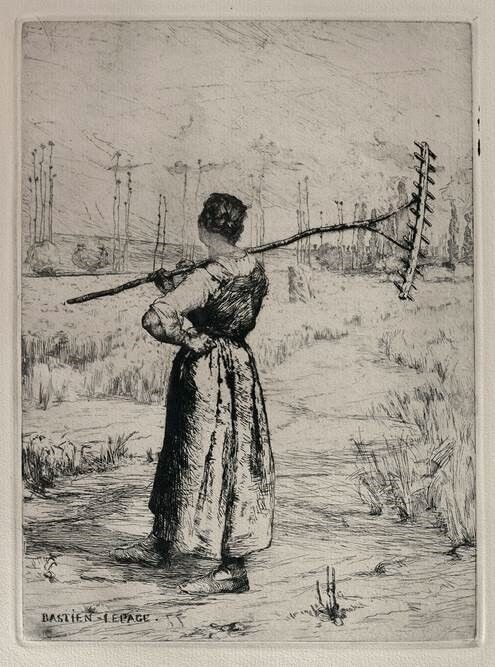 The Hermitage Museum & Gardens is pleased to announce its latest art exhibition, Whistler & Company: The Etching Revival, which will be on view from January 16 through April 9, 2021 in the museum’s upstairs galleries. Expatriate American artist, James Abbot McNeill Whistler (American, 1834 –1903) played an essential role in the etching revival of the 19th and early 20th centuries, and will be the featured among some of his contemporary printmakers. The show includes more than sixty works, with nearly a dozen by Whistler, whose gritty images of the River Thames, views of Venice and Parisian scenes revived, at least in part, the art of etching in the 19th century. Works from Whistler’s ‘Thames Set’ and ‘French Set’ will be featured in the exhibition.

The etching revival of the second half of the 19th century took hold in France, England and the United States. Artists set out to re-establish etching—the art of incising lines with an etching needle into a thin copper plate which was then dipped in an acid bath, inked and pressed into paper with the help of a printing press to create impressions—as an art form that could stand on its own. Inspired by Rembrandt, and old masters, practitioners created remarkable original and expressive compositions that gained popularity with refined collectors and the broader public. Curator of Art, Scott Schweigert notes that “this group of innovative artists was committed to the medium of etching as means of expression on par with painting, but with the spontaneity and freedom of drawing. They helped shape our modern notions about printmaking as an independent medium, and this exhibition sheds light on that aspect of their artistic production.”

The exhibition will open in hour increments at a private Opening Day Event to ticket-holders on Saturday, January 16. Beginning at noon, each hour will feature live music, hot chocolate, tea, or dessert. Hermitage Members are invited to special VIP hours at 7 and 8 p.m. featuring a private tour with Curator of Collections Lindsay Neal and a champagne toast. Each time slot accommodates 10 to 15 people, and tickets are $5 for non-members and free for members. Tickets are available on the Hermitage website.