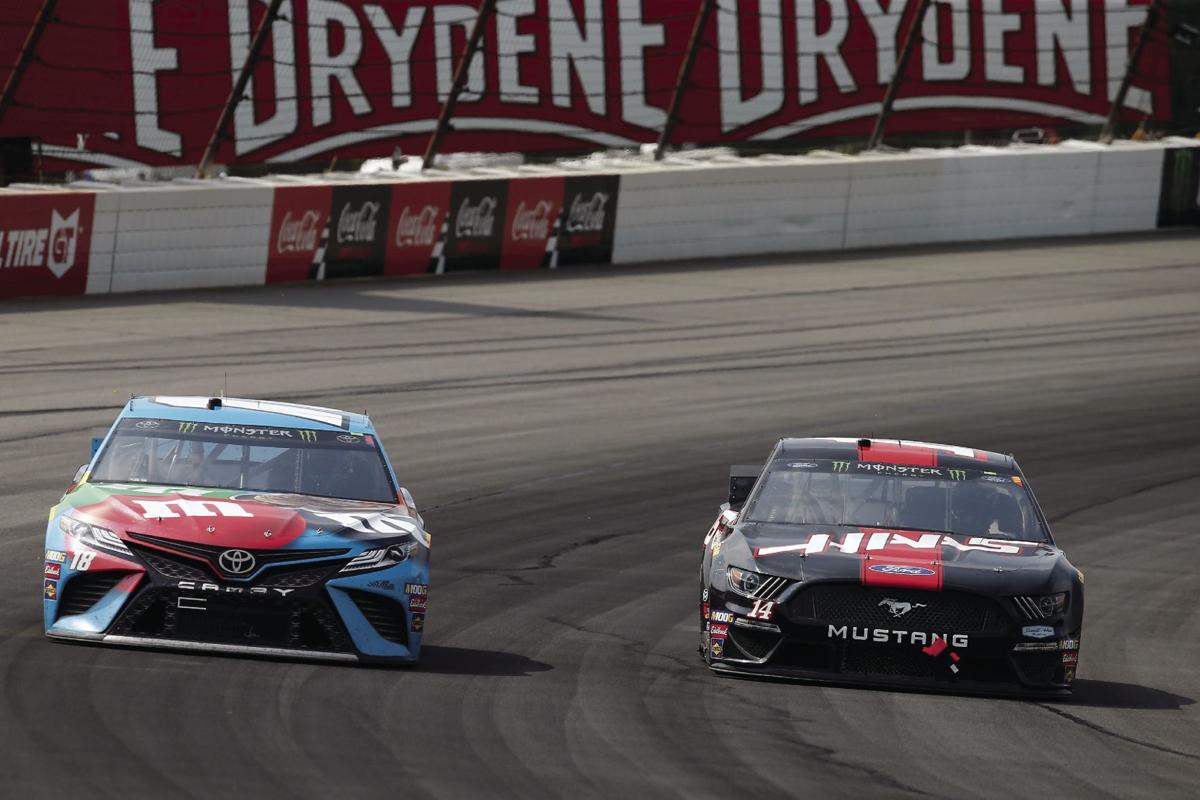 Kyle Busch rode the high groove around race leader Clint Bowyer en route to his second-straight victory at Pocono Raceway on Sunday, and his third in the past four races at the Pennsylvania track. 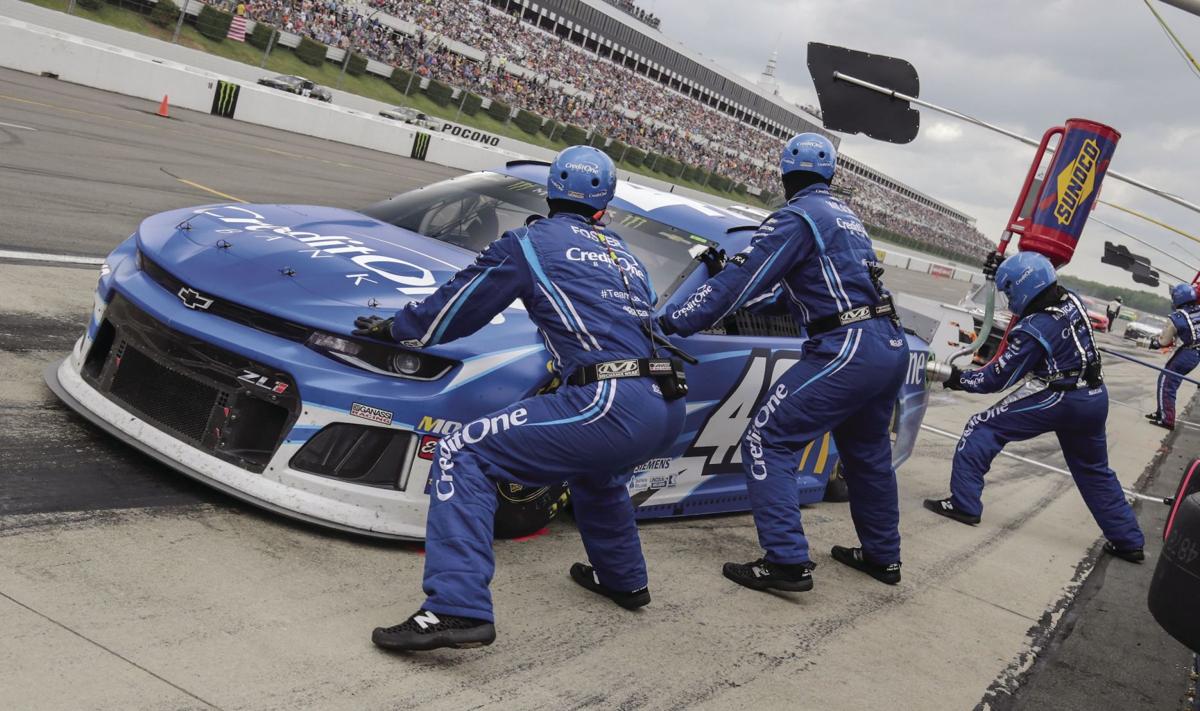 Kyle Larson, on pit road at Pocono, won two stages but once again came up short of victory, bouncing off the wall and finishing 26th.

Kyle Busch rode the high groove around race leader Clint Bowyer en route to his second-straight victory at Pocono Raceway on Sunday, and his third in the past four races at the Pennsylvania track.

Kyle Larson, on pit road at Pocono, won two stages but once again came up short of victory, bouncing off the wall and finishing 26th.

Joe Gibbs Racing driver Kyle Busch scored a dominating win in Sunday’s Pocono 400 at Pocono Raceway for his league-leading fourth victory of the season and the ninth for the Gibbs team, equaling the team’s win total for all of 2018.

Team Penske is next with four victories, three by Brad Keselowski and one by Joey Logano. Chase Elliott, who won at Talladega in a Hendrick Motorsports Chevy, is the only driver not from Gibbs or Penske to win this season.

Kyle Larson won the non-points All-Star race in his Ganassi Racing Chevrolet, but his best finish in points-paying Cup races is a third-place a Dover International Speedway four races ago. Larson finished 26th at Pocono after bouncing off the wall late in the race as he competed aggressively while running in the top 10. He was fast early on and won the first two stages.

The four-driver Stewart-Haas contingent has not performed up to expectations so far. The team’s top driver, Kevin Harvick, won eight races last year, but so far hasn’t finished better than fourth. He was 22nd at Pocono after suffering a broken steering box on his No. 4 Ford. Clint Bowyer led the SHR group at Pocono with a fifth-place finish, his fifth top-five this season. Aric Almirola and Daniel Suarez are 12th and 13th, respectively, in the points standings, with one top-five finish apiece.

At Gibbs, three of the four Cup drivers have multiple wins, with Martin Truex Jr. taking three and Denny Hamlin two in addition to Busch’s four. Only Erik Jones is winless, but he has three third-place finishes, including his latest on Sunday at Pocono.

Jones said his Toyota Camry was fast, but not fast enough to overtake Busch.

“It would have really had to be a perfect scenario for us to win, but we had a good car,”

Jones said, adding that his car was fast all weekend. “We’ve been doing it every week — we’ve just got to have things go our way and have a little luck on our side.

“We had some good luck [at Pocono] and some things play out the way we needed them, so hopefully that trend keeps rolling here the next couple of months.”

Busch, who now has 55 career Cup wins and is tied with the retired Rusty Wallace for ninth place on the all-time list, said his win on Sunday was due to a combination of all the strengths of his Joe Gibbs team.

“Certainly thanks to [crew chief] Adam Stevens and all my guys ... everybody that does such a good job working on my stuff,” he said. “It’s fun to be able to come down pit road and know you’re going to pick up spots and then to also have good race cars on the racetrack.”

Then there were Busch’s usual daring moves on the track, like an outside maneuver on Clint Bowyer for the lead midway through a race in which Busch led a race-high 79 circuits, including the final 21.