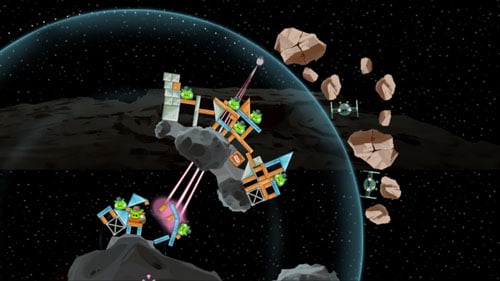 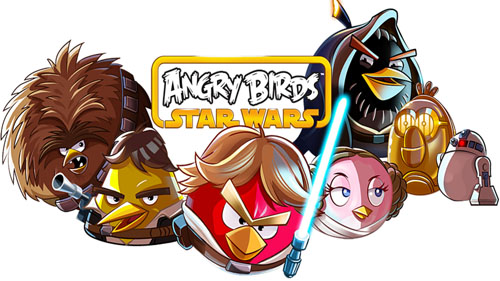 This latest version brings the flock to the fight with the introduction of cooperative and competitive multiplayer modes, letting players team up or square off for high scores and galactic bragging rights. Moreover, this expansive edition exploits the unique capabilities of each game system to deliver a distinctive experience tailored specifically to each platform, including sharp and colorful, high-definition visuals (on HD-compatible devices), achievements and trophies, leader boards, voice command support through Kinect for Xbox 360 and touch-screen controls on Nintendo Wii U and 3DS, and PlayStationVita systems.

The next-generation versions of “Angry Birds Star Wars” maintain these core features while introducing new play and interface elements exclusive to each system.

The PlayStation 4’s adaptation makes full use of the DualShock 4 controller’s touchpad to offer precision, touch-screen handling, paired with full support for PlayStationMove in both single-player and local multiplayer modes. Players can also easily record and share their accomplishments with the world with PlayStation 4’s automatic screenshot and video capture options.

“Angry Birds Star Wars” on Xbox One also allows for automatic video capture and online sharing, while adding all the benefits of the system’s improved Kinect for Xbox One functionality, affording intuitive gesture and motion controls, as well as voice command support. The Xbox One iteration of “Angry Birds Star Wars” also includes unique, timed challenges that deliver fresh trials for players well after the game’s launch.