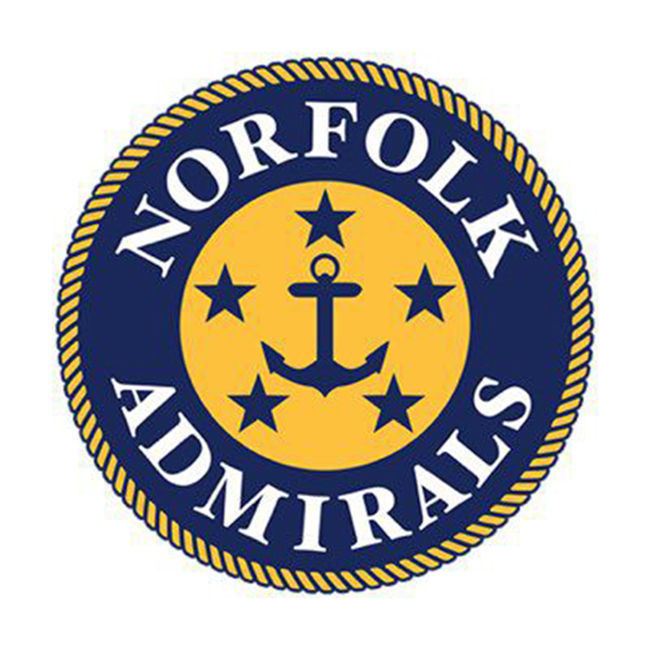 A pair of second period tallies did the trick as the Admirals claimed their fifth straight-home victory topping Atlanta 4-1 on Saturday night.

The victory concluded the season series with the Gladiators. Norfolk finished the season 3-2-1-0 against the Atlanta. Scoring in the third period, Darik Angeli extended his scoring streak to three-straight games. Norfolk is now five points back from the Gladiators for fourth place in the South Division.

In similar fashion to Friday night the Admirals took a 2-0 lead midway through regulation. Unlike Friday, however both goals came in the second period. Tommy Schutt broke into the offensive zone on a breakaway but was hooked from behind by Taylor Doherty drawing a penalty shot. Schutt capitalized on the penalty shot, giving the Admirals a 1-0 lead. The lead would double 1:19 later. Christian Horn collected a puck and sent a long pass ahead to Grant Besse, breaking the forward in all alone. Besse slid the puck past Sean Bonar, giving Norfolk the 2-0 lead, and the eventual game-winning goal. The mid-game scoring flurry would continue though as Stephen Pierog got the Gladiators on the board only 0:25 seconds after Besse’s goal, cutting the lead in half.

The three third period tallies held as the only scoring until late in the third when Atlanta pulled Bonar in favor of the extra attacker. Intercepting a pass and breaking into the offensive zone Grant Besse found the empty net for his second goal of the night, and the insurance marker for the Admirals. Darik Angeli would add another empty net goal to cap off the scoring at 4-1.

Ty Reichenbach, claiming his second straight win, stopped 39 of 40 shots for the Admirals while Bonar stopped 34 of 36 shots faced.

The victory moves the Admirals within five points of Atlanta for the fourth and final playoff spot in the South Division.

The Admirals hit the road for a three-game road trip next weekend as they head to Brampton, Manchester, and Adirondack.