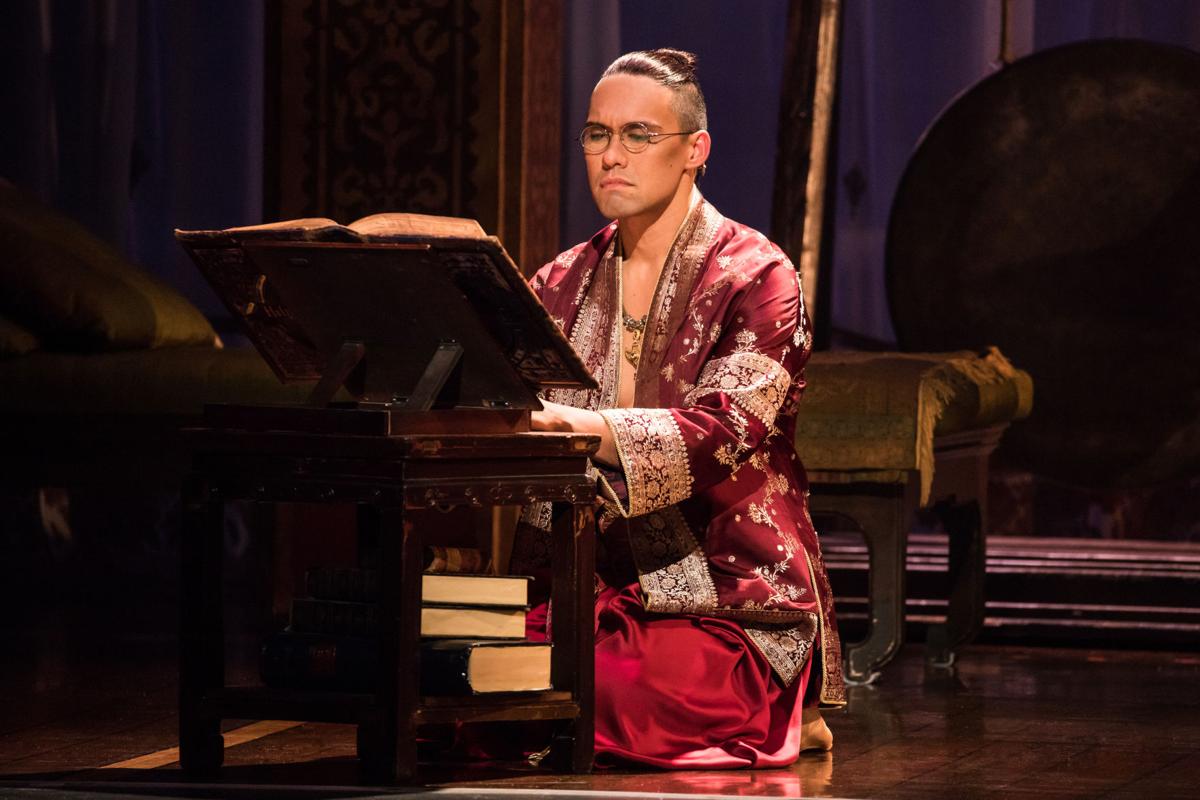 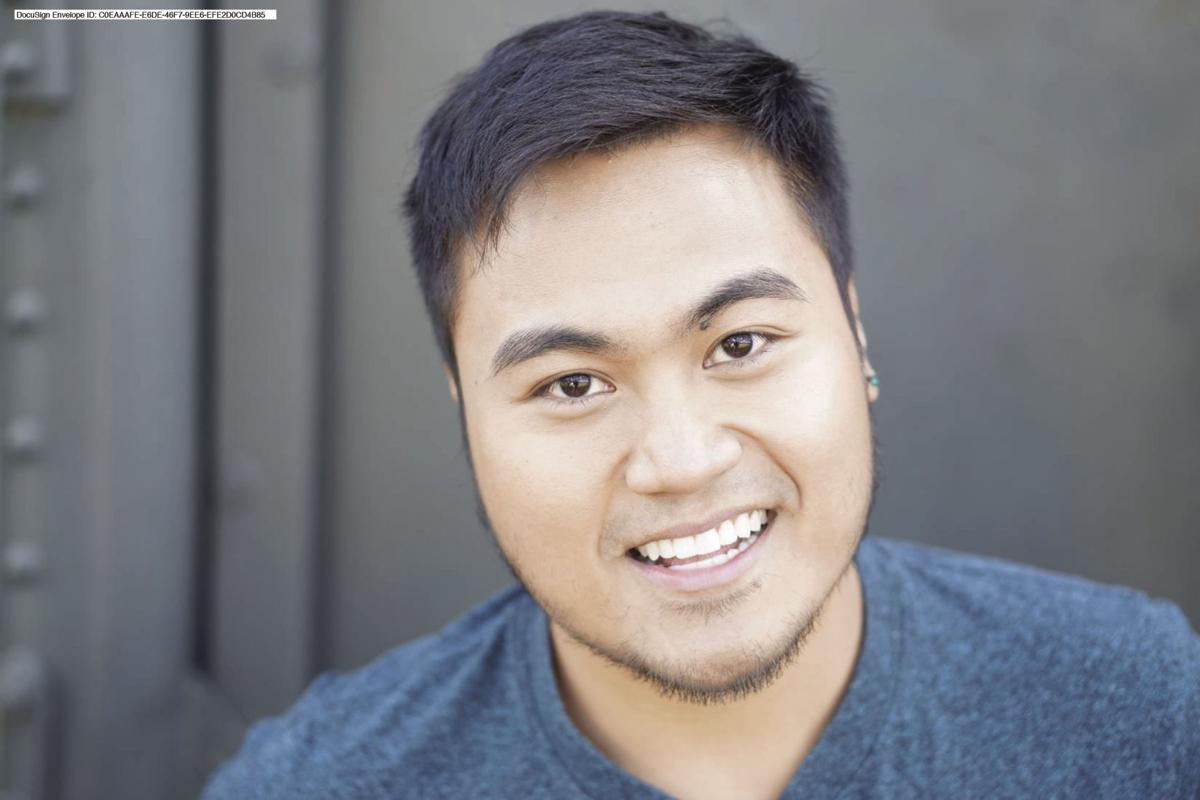 Rodgers & Hammerstein’s "The King and I" is coming to the Ferguson Center for the Arts Monday, March 25, at 7:30 p.m. It is based on the critically acclaimed Lincoln Center Theater production that was the winner of four 2015 Tony Awards including Best Revival of a Musical. The score features such beloved classics as “Getting To Know You,” “I Whistle a Happy Tune,” “Hello Young Lovers,” “Shall We Dance” and “Something Wonderful.”

Set in 1860’s Bangkok, the musical tells the story between the King of Siam and Anna Leonowens, a British schoolteacher whom the King brings to Siam to teach his many wives and children.

One of Hampton Roads' own, Raymond Dimaano is making his national debut with "The King and I" and he sat down with us for an interview.

Yiorgo: Tell us about your early life. Where were you born and your love for musical theatre.

Raymond Dimaano: I was born in Manila, Philippines and came to the US when I was three years old. I grew up in Norfolk, VA and I can’t wait to come back home even for one night. Growing up, I always loved singing and dancing. I remember singing ‘I will always love you’ when I was six years old and a lot of Mariah Carey and Celine Dion. As I got older I fell in love with dancing. I would watch Michael Jackson, Brittany Spears, NSYNC, and Backstreet Boys. They would do all these dance routines and I would try to mimic and copy them. And then at Maury high school a friend of mine made me audition for the high school musical Guys and Dolls and I got to work together and perform with my friend Connie Pantas now Moody. That was so much fun, that I think that’s when I got bit by the theatre bug because after that I did not want to stop doing it. Then I met Hugh Copeland who is the director and founder of the Hurrah Players in Norfolk and I have been with them for such a long time that they are like my family.

Y: How did you hear about the Hurrah Players?

RD: Sharon Davidson Cook, who became my stage momma, and was an English teacher at Maury High School as well as the director of Guys and Dolls had invited Hugh Copeland to come see the play. I remember as if it was yesterday that after the show, Hugh approached me saying how much he loved the show and my performance. I had no clue who he was. He said, “I’m Hugh Copeland and I’m with the Hurrah Players.” And I was like what’s that? And he said, “You don’t know Hurrah?” He explained that they are Virginia’s leading family theatre company and to come audition for them and I did. My first show I did with Hurrah was Disney’s High School Musical back in 2008-09 and I have been with them until 2015. I have taught for them: acting classes, hip hop classes, summer classes. Theatre was definitely my saving place.

Y: You also did some Virginia Musical Theatre (VMT) productions.

RD: Indeed, Executive Director Mark Hudgins was very welcoming and very encouraging. He approached me after watching me in Disney’s Tarzan with Hurrah, and asked me if I wanted to be in the show and he loved my performance. So my very first show for VMT was Joseph and the Amazing Technicolor Dreamcoat. I did Beauty and the Beast and I makeup designed for them too for that production. I was also in Mame, Mama Mia, Hello Dolly and did the makeup for Hello Dolly as well.

Y: The outdoor drama "Lost Colony in North Carolina" is also on your résumé.

RD: Hurrah takes it’s summer camp students to see the Lost Colony, the longest running outdoor symphonic drama every summer. I fell in love with it. It was the first time I realized that I could perform for a living. I personally did not think that someone could perform for a living. I sent in an audition, they hired me and I lived in North Carolina for about five months dancing every night as a Native American. It helped me to pursue performing for a living. I said to myself, if I could book this show, then I would push myself to book more professional shows and I did. From Bush Gardens and a Dinner Theatre to more VMT shows that I mentioned earlier. I like to do vision boards where I visualize what I will do next. I visualized moving to New York and booking a National Tour. All that led me to move to New York and eventually to The King and I.

Y: What were some of your first gigs in the city?

RD: I auditioned for three plays. Miss Saigon First National Tour, I got called back to do a couple of dances and sing, that was fun. I auditioned for the USO Show Troup to support our military because I grew up in Norfolk and it was something I wanted to do to support our military and I got in and I’m with them now. I will go back after this tour is over. My best friend from Hurrah, Brandon Riddle is in it, he told me about it so I auditioned and got it. We go to a lot of bases and we perform for a lot of military events. The third audition was for The King and I National Tour and I got that as well.

Y: What was that audition process like for The King and I?

RD: A friend of mine sent me the post to audition for The King and I. It was an open call. I sang a song and the casting director wanted me to read for a character. I read for Kralahome, the King’s right hand man, the King’s Prime Minister, who I understudy in the show now. I had three callbacks for him. In front of the casting director twice and then the creative team and the director. I also sent in a video singing songs from The King and I. And then I got the call from the casting director one morning saying they were going to cast me. And now I am also Prince Chulalongkorn understudy, the number one son. In the show I am ensemble, but something cool happened actually. My ensemble role does not dance on stage but I love to dance so there is a 16-minute long ballet number in the play and I learned it because I wanted to have fun. One of our characters got sick and the swing had to go on but we were missing one, it was uneven so I told the swing captain that I knew the dance and she put me in the dance. Now I swing in the ballet whenever they need someone. Also when we were teching the show in North Carolina the makeup designer kind of used me as a model and told everyone if you have any questions go to Raymond, he is so good at makeup. So on this tour I am the “makeup assistant” and when people have a question about makeup, I am the go to guy. Here is a funny little story in this show. In the beginning, there is a scene where the King chooses certain wives who are in royal favor. It’s improvised in the sense that the King picks different ones each show so I do this thing where every show I will choose one wife and do their makeup and wait to see if he chooses her and most of the time he does.

Y: You did not have any professional training as a dancer.

RD: I did not study dance. I did not go to school for singing, dancing and acting. I just loved doing it because I was so passionate about it. I always worried when I was younger that I was not good enough but being on my journey after Lost Colony and pushing myself I believe in myself and my talents. I guess I grew up.

RD: I remember being the little kid going to the national tours that would come to Norfolk, waiting for the actors to sign my playbill, and now I am that actor signing the playbill. That’s just amazing to me.

Y: Why should people see this play?

RD: This King and I is based on the Lincoln Center Theater Production and it’s more updated from the original. To me the story is beautiful. You see this king who is trying real hard to keep the balance between the traditional lifestyle of Siam and bringing in this woman who is bringing in this new modern flavor to Siam and trying to find a balance because he wants his country to grow. And that is just so powerful for me. The play also has such strong women as role models. Anna, Lady Thiang, and Tuptim are the strong women in the show and they all represent different parts. That is so powerful to me.