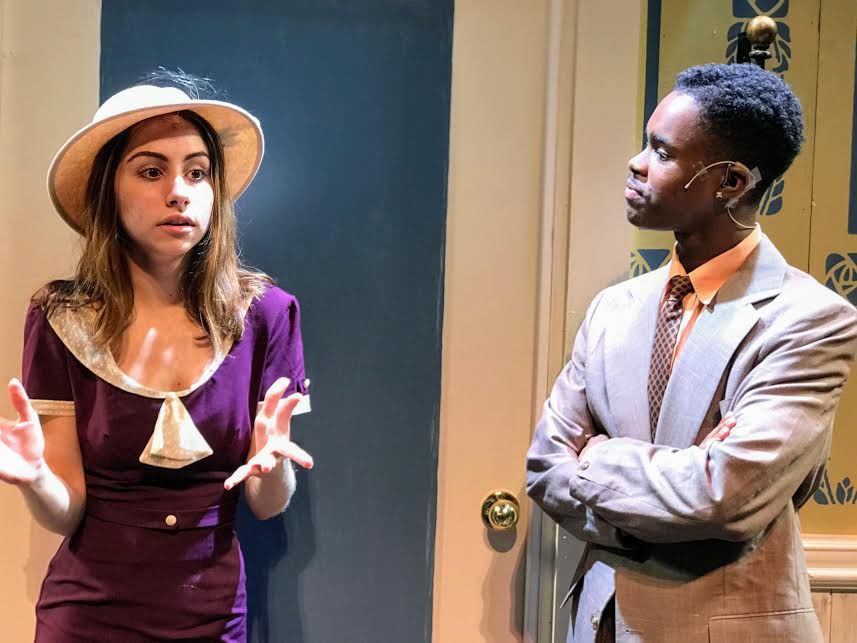 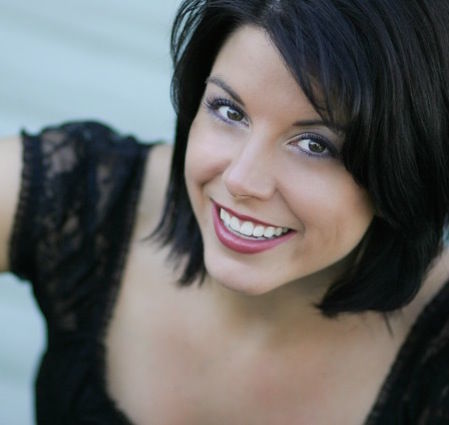 The Governor’s School of the Arts (GSA) is proud to present “She Loves Me” at the TCC Roper Performing Arts Center in downtown Norfolk May 11-13.

Having just had a successful Broadway run in 2016, “She Loves Me” is a romantic musical comedy featuring two charming individuals, Amalia Balash and Georg Nowack, who work together in a bustling perfumery set in the 1930s. While believing they detest each other, they unknowingly fall in love.

With us today is the director of the play, Heather Mayes and Alexandra Pouloutides who plays the female lead, Amalia Balash.

Yiorgo (Y): Heather, where were you born and what prompted you to get into the entertainment business?

Heather Mayes (HM): I was born in Richmond, but raised in Virginia Beach. I grew up passionately pursuing ballet as my art form.

I discovered theatre while attending Kempsville High School, in Virginia Beach, and realized that I could sing when I was 16 years old. It was while studying at the Gaiety School of Acting in Dublin, Ireland while in college that I realized that this is what I wanted to do with my life. I have been performing and directing professionally in the US and Japan for the last 16 years. I came back to Virginia Beach to be near family in 2011, and in 2015 Virginia Musical Theatre (VMT) offered me the role of Ursula in their 2015 production of “The Little Mermaid”, performing it here at the Sandler Center.

Y: How did you get involved with GSA?

HM: I came onboard as faculty in the fall of 2016, teaching Acting, Audition Technique, and other classes for the MT department. I served as Assistant Director on last year’s production of Crazy for You, and then compiled and directed the first-year student cabaret Woman Up! this past fall.

Y: What is the play “She Loves Me” about, and what will the people coming to see it get out of it?

HM: You won’t be sorry! Bring your mother to the theatre on Mother’s Day to be touched by this charming and intimate love story. Be transported to 1934 Budapest...where there are no “devices”.. only pen, paper, and music. Set in a Hungarian parfumerie, clerks Amalia and Georg, more often than not, don’t see eye to eye. After both respond to a “lonely hearts advertisement” in the newspaper, they now live for the love letters that they exchange, but the identity of their admirers remains unknown. Join Amalia and Georg to discover the identity of their true loves... and of all the twists and turns along the way! “She Loves Me” is a warm romantic comedy with an endearing innocence and a touch of old world elegance.

Y: How was it working with this cast?

HM: This is an incredibly talented cast...bold actors with capable voices...who have grown tremendously in their layered portrayal of these lovable humans. I am constantly surprised and moved by the discoveries they make daily in rehearsal as they dig towards the core essence of who these people truly are.

Y: Speaking of talented cast, with us today is Alexandra Pouloutides. Alex, can you tell us a little about yourself?

Alexandra Pouloutides (AP): I was born in Boston, MA but moved to the Hampton Roads area when I was about 1 years old. I’ve been doing musical theatre since I was 4 and have performed in over 25 musicals, including productions with GSA, Virginia Musical Theatre, and the Hurrah Players, as well as two national tours. I’ve also appeared in a couple of movies.

Y: Why did you decide to try out/join the GSA and what are your future goals and aspirations?

AP: My ultimate goal is to perform on Broadway, and I attend GSA to help me achieve that goal. I recently completed the college audition process for musical theatre programs and I was astounded to receive acceptances at 10 reputable programs — making for a hard decision.

Y: What are you enjoying most about being part of this show?

AP: The entire cast is incredible and I’m particularly honored to share the stage with my talented co-star Tavor Olds-Sample, whose devotion to this show shines through in his work, portraying the role of Georg Nowack.

We both can’t wait for the audiences to be introduced to the entire cast. “She Loves Me” is a romantic comedy and in addition to Amalia and Georg’s complex and humorous relationship, the lives of the other shop workers, such as ditzy Ilona, sly Kodaly, goofy Sipos, and earnest delivery boy, Arpad, provide for comedic relief as tragic events evolve around the owner of the shop, Mr. Maraczek.

For ticket prices and more info go to www.tidewater.universitytickets.com/user_pages/event_listings.asp