Dust bunnies are the bane of my existence.

That might sound dramatic, but let’s just say that I pretty much hate dusting. Then again, Mom told me to never use the word “hate” so let me rephrase7: Dusting is an activity of which I am not particularly fond. (And I get bonus points for not ending with a preposition.)

As a military spouse in charge of housekeeping, I’ve had to clean all kinds of quarters over the last 26 years. A two-bedroom apartment overlooking a supermarket, shabby Army housing on the perimeter of an abandoned artillery range, a stone house in England, a roach-infested townhouse with shag carpeting, a vinyl-sided Dutch Colonial on a cul-de-sac, a fourth floor walk-up base apartment in Germany, an oceanfront base house in Florida, a base duplex with a really scary basement, a gardener’s cottage on the grounds of a Gilded Age mansion — and now, our 129-year-old house a block from the Narraganset Bay.

I’ve learned that housework is pretty lousy all the way around, but dusting is, by far, the most frustrating and futile of household chores.

Take, for example, vacuuming. On the cleaning satisfaction scale (this doesn’t exist, but just go with it) vacuuming is a ten. There’s something about the whirring, the amps, and sound of debris being slurped up the suction tube. Popcorn kernel on the rug? THWUMP! Gone. Crumbs on cushions? SHLUSH! Gone. Sand on hardwoods? FFFWPT! Gone.

Other tasks such as folding laundry and ironing are not as exhilarating, but the monotony can be minimized by turning on the television. Putting a crease in my husband’s cammies could seem quite riveting if done while watching a catfight on “The Real Housewives of New Jersey.” And I must admit, there are days when I’d rather chew my own arm off than empty the dishwasher for the umpteenth time, but it’s not so bad if I catch “House Hunters” on the kitchen TV in the process.

It’s safe to say that there’s not a soul on this planet who truly enjoys cleaning bathrooms. However, the revolting nature of this foul chore is so universally recognized, there are a plethora of products on the market to make the job palatable. Flushable toilet scrubbing wands, automatic shower sprayers, disinfecting wipes, bleaching toilet tank tablets, and just in case you can’t even stomach harmless soap scum, there are Scrubbing Bubbles who will gladly do it for you.

But dusting? Dust is one of those sad facts of life, like stretch marks and male pattern balding. It’s always there, so you’ve just got to deal with it.

And unfortunately, no one has invented anything to make dusting any easier. Here we are in the 21st Century, and in order to dust your house, you’ve still got to grab a rag – an old t-shirt is as good as anything else – and a can of furniture polish and get to work.

You may be able to catch a few minutes of a favorite show while tackling the family room, but that brief distraction is short-lived. You’ve still got to plod, slowly and methodically, room to room, spraying, rubbing, and wiping. Starting with the cob-webby ceiling fan blades and hitting every last desk, lampshade, molding, photo frame, table, piano key and baseboard, all the way down to the tumbleweeds of dusty dog hair on the floor.

Then, to make matters worse, the instant your ionic-ally charged ShamWow glides over the coffee table, there are millions more minute particles depositing themselves right back on its surface. We can’t see the little buggers, but every minute of every day, they’re there, coursing through our ductwork, wafting from room to room, floating from the ceiling to the floor, landing silently on every horizontal surface.

Where do these particles come from and why are they hell-bent on banishing us to a lifetime of dusting drudgery? Unless you want to read about dead skin cells, I don’t recommend Googling this question. Just accept dust as a fact of life, and be thankful that you have a house that needs dusting, because it means you have a home. 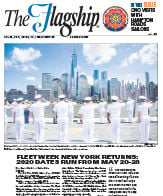