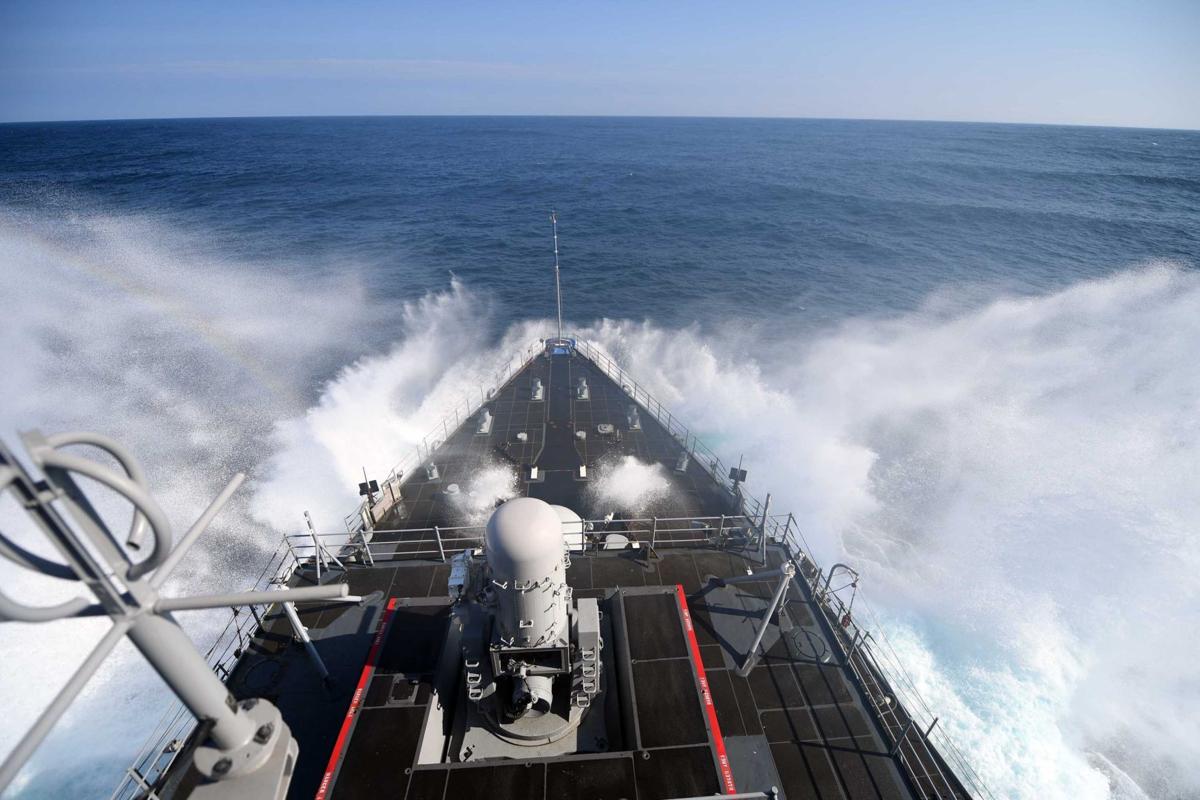 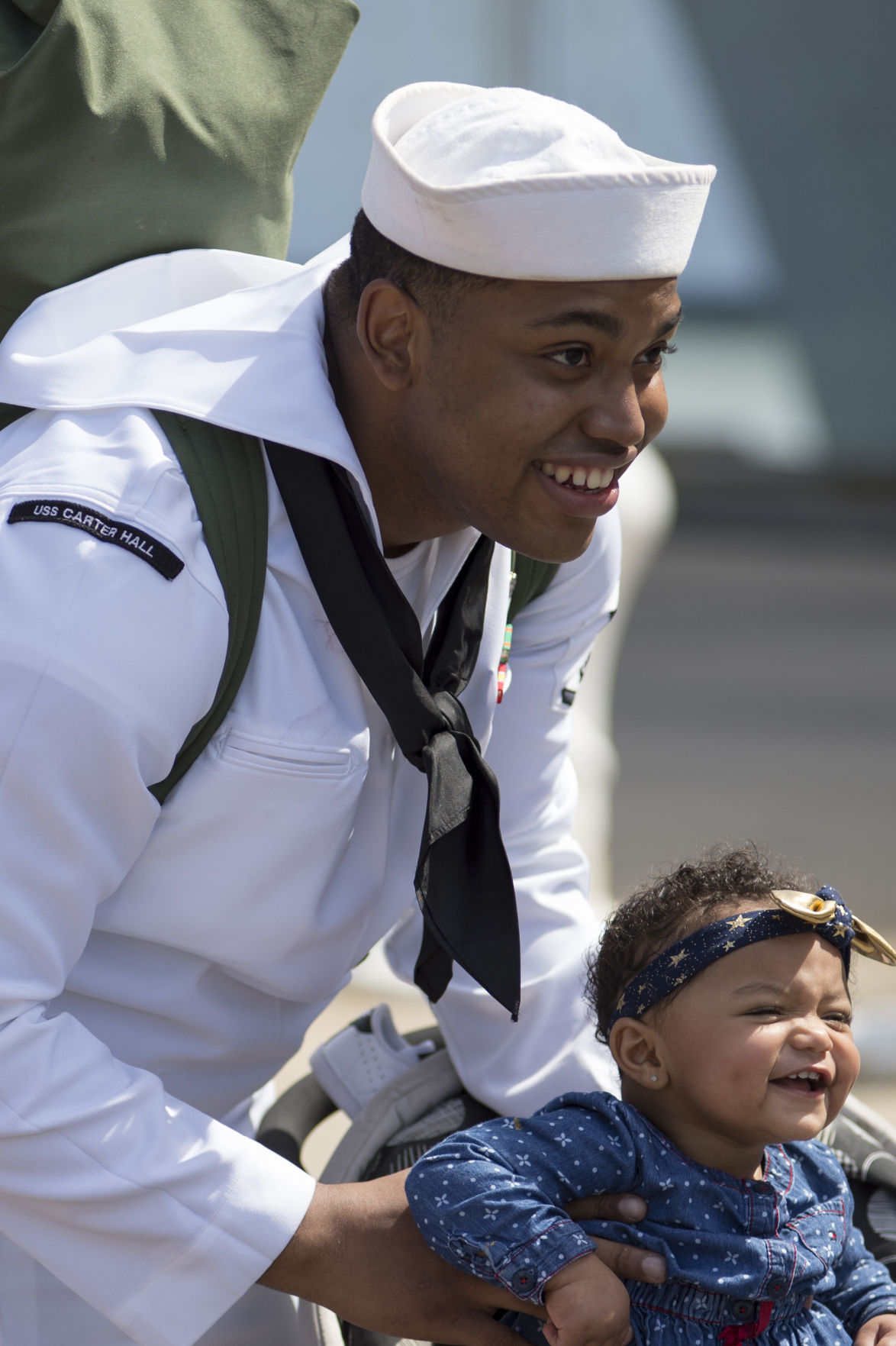 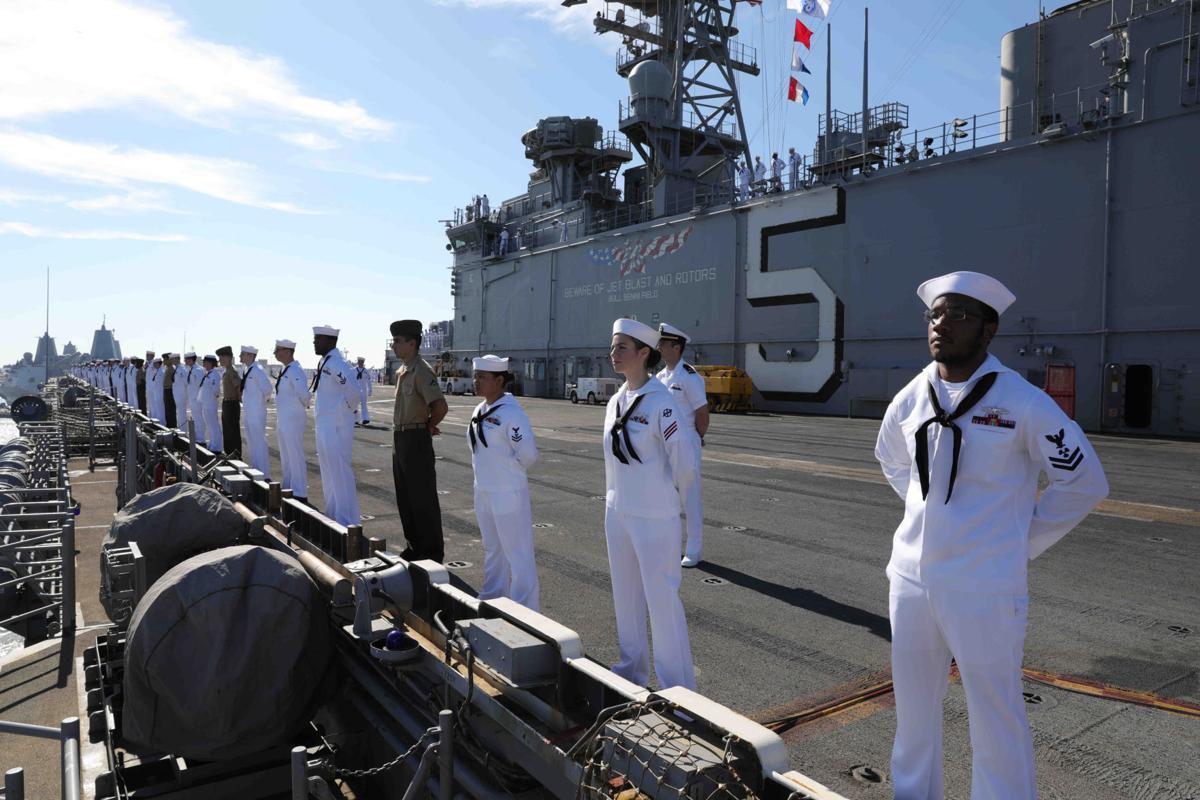 Sailors and Marines assigned to the amphibious assault ship USS Bataan man the rails as they prepare to return to homeport. The ship is returning from a scheduled deployment in support of maritime security operations and theater security cooperation efforts in Europe and Middle East.

Sailors and Marines assigned to the amphibious assault ship USS Bataan man the rails as they prepare to return to homeport. The ship is returning from a scheduled deployment in support of maritime security operations and theater security cooperation efforts in Europe and Middle East.

The BAT ARG and 24th MEU participated in bilateral and multilateral exercises including Spring Storm in Romania, Eager Lion in the Hashemite Kingdom of Jordan and Alligator Dagger in Djibouti. Each exercise provided an opportunity to work with partner nations, strengthening relationships across the globe.

To accomplish these missions the ARG traveled a total of 110,000 nautical miles, conducted more than 4,000 flight hours and completed 40 replenishments-at-sea during the course of the deployment.

“We are extremely proud of what our Sailors and Marines have accomplished during this deployment,” said, Commodore of PHIBRON-8 Capt. Larry LeGree.

“We are all ready to return home to our loved ones and looking forward to some well-deserved time off.”

“I couldn’t be more proud of what this Navy and Marine Corps team has accomplished,” Commander of, 24th MEU Col. Ryan Rideout.

“We had Marines, Sailors and ships deployed across the 5th and 6th Fleet areas of operation, provided support to European, Africa and Central Commands and supported named operations in Syria, Yemen and Libya. These young men and women executed their missions with professionalism and excellence. They have a lot to be proud of and are certainly excited to be coming home in the wake of such success.”