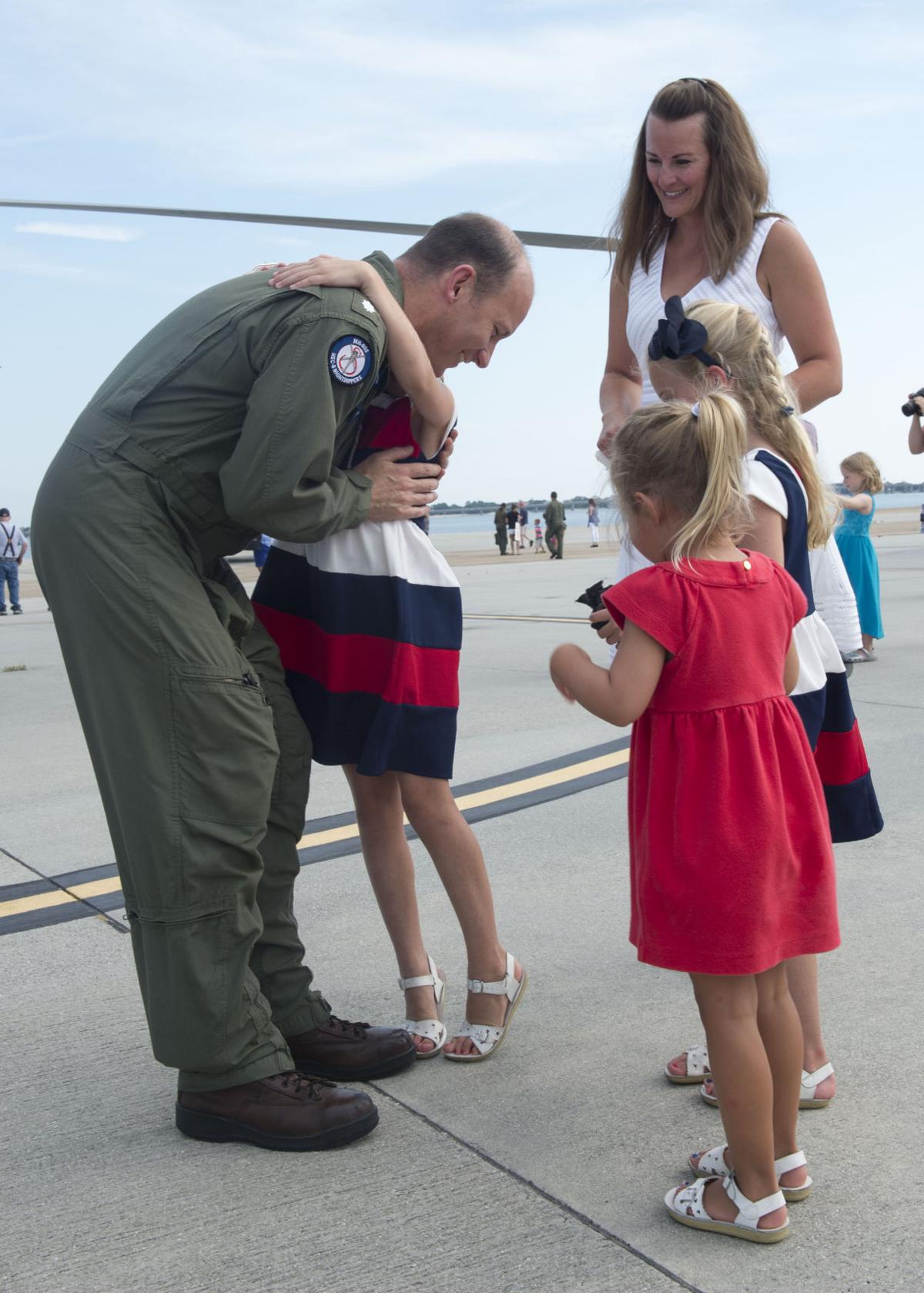 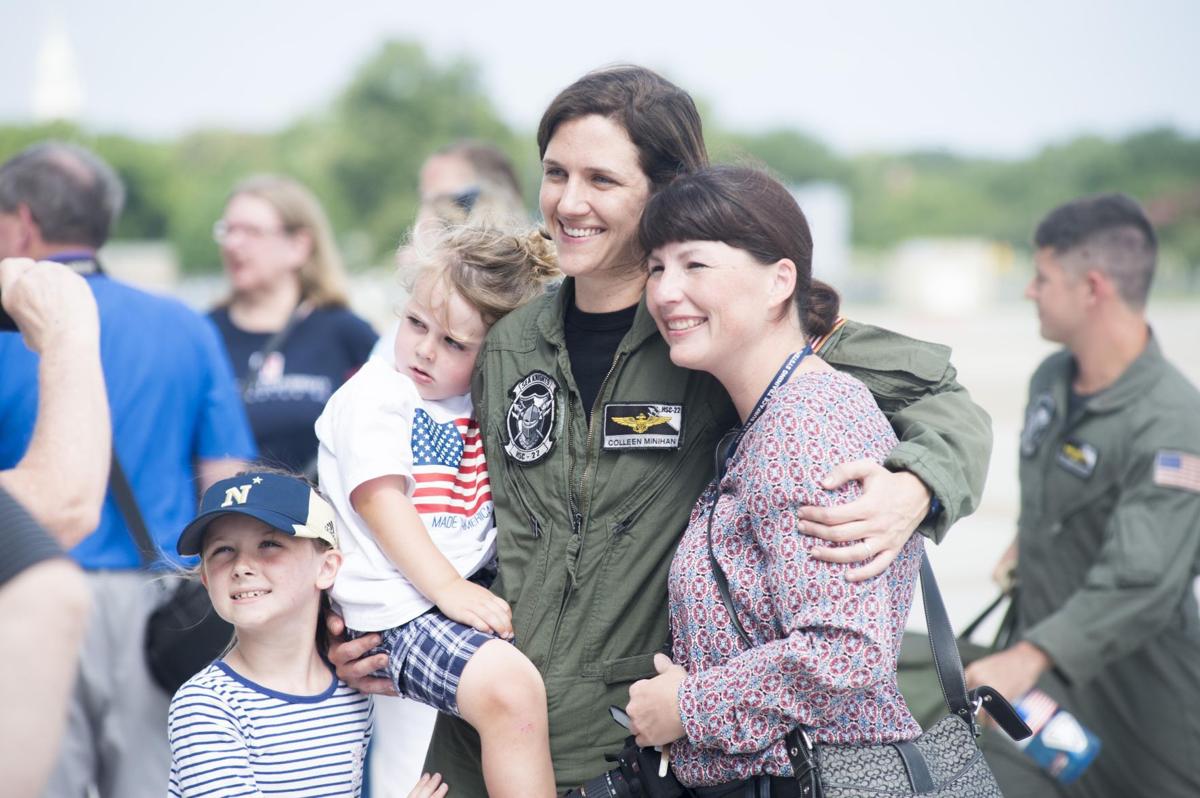 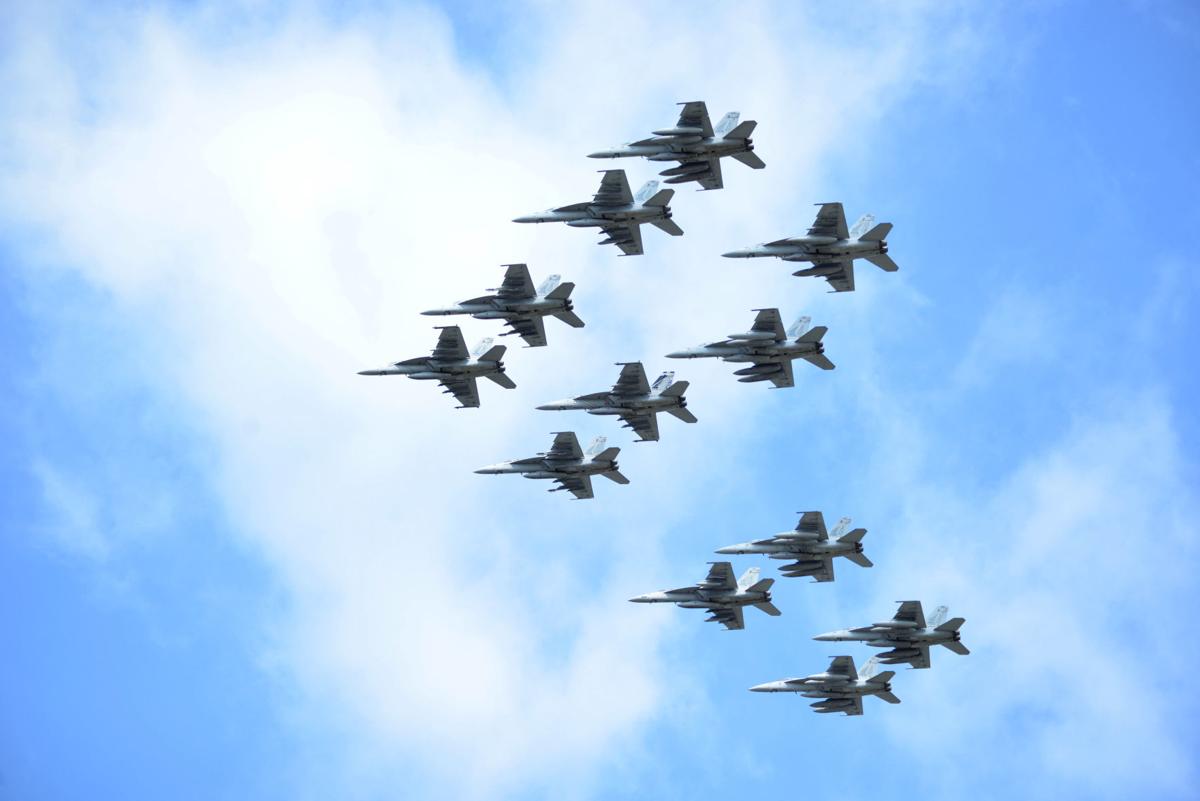 The deployment is credited with supporting U.S. strategy to degrade the Islamic militant group, Islamic State of Iraq and the Levant (ISIL).

“We received the best training in the world prior to deployment and were extraordinarily fortunate with the opportunities that presented themselves over the course of the last eight months. Being a part of this team, with the standards of professionalism sustained across the entire crew, is something I will remember and cherish for the rest of my life,” Commander of CSG 8 Rear Adm. Bret Batchelder said.

As a result of OIR missions, analysts report a significant reduction in funding operations and estimate up to 45 percent of territory in Iraq and 20 percent in Syria has been seized from the terrorist force.

“Throughout deployment, more than 200 days at sea, the crew excelled in every opportunity to deliver direct and positive effects in theater, especially during Operation Inherent Resolve,” Truman’s Commanding Officer Capt. Ryan B. Scholl said. “I couldn’t be more proud of their performance.”

During the coalition fight against ISIL, Truman and embarked CVW-7 completed 2,054 combat sorties, expending 1,598 pieces of precision ordnance – the most carrier-based ordnance throughout OIR – to degrade ISIL resources and leadership.

“The technology employed on board escort vessels, such as Anzio, allowed for early and accurate identification of inbound air traffic,” Castellano said. “This early identification enabled prompt de-confliction and appropriate action, if required, to ensure the safety and security of U.S. and partner forces operating in the region.”

“The destroyers operating in DESRON 28 conducted operations across a dispersed area, in support of OIR, theater security cooperation, and other national missions,” Commander of DESRON-28 Capt. Derek Lavan said. “In addition to escort duties for Truman, they demonstrated the Navy’s flexibility and adaptability by successfully conducting simultaneous operations in the 5th and 6th Fleet areas of [responsibility].”

“I’m extremely proud of the Combat Systems and Information Operations teams that performed brilliantly during deployment,” Information Warfare Commander Capt. Rod Burley said. “Their efforts provided, by far, the best off ship connectivity I’ve experienced on any deployment. Individual unit teams worked around the clock to ensure networks were secure, protected, and defended.”

“The strike group was successful not only because of its exceptional Sailors, but because we were all part of a larger team effort,” Batchelder said. “We had incredible collaboration across 65 nations and our joint partners, specifically the Combined Air and Space Operations Center, which is a testament to the global priority of OIR.”