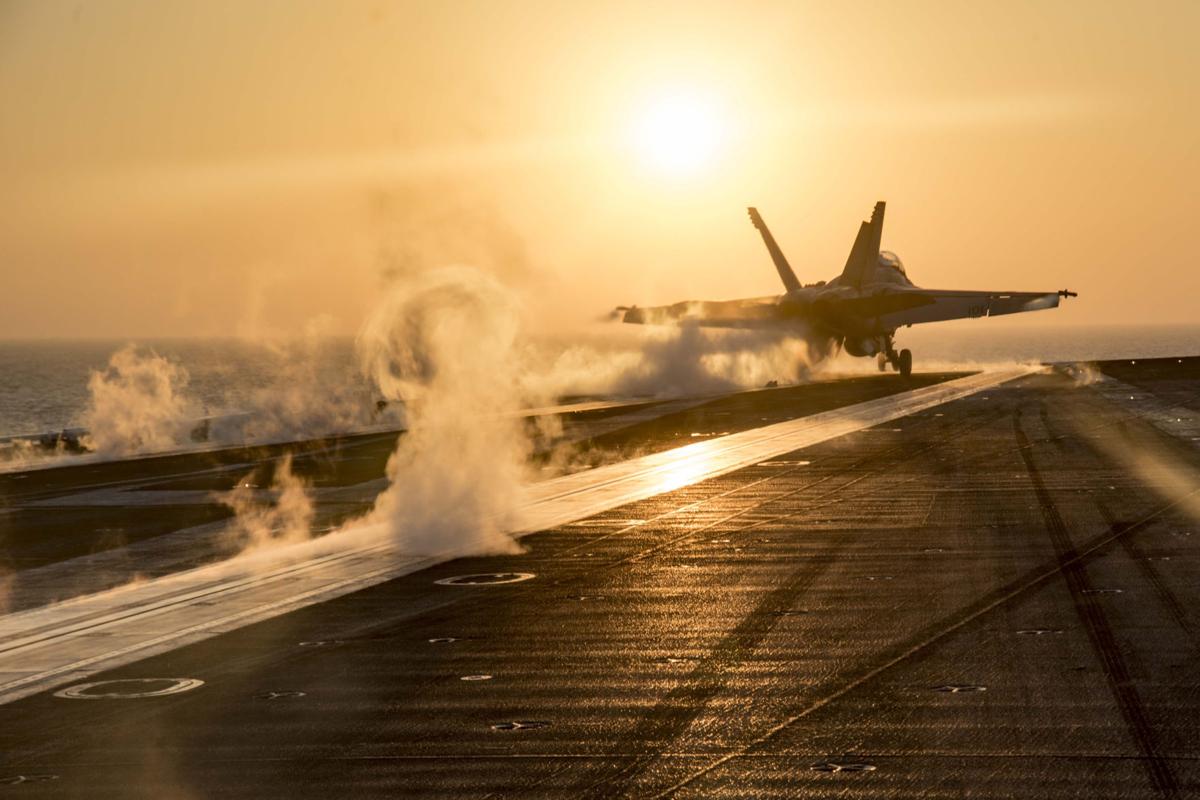 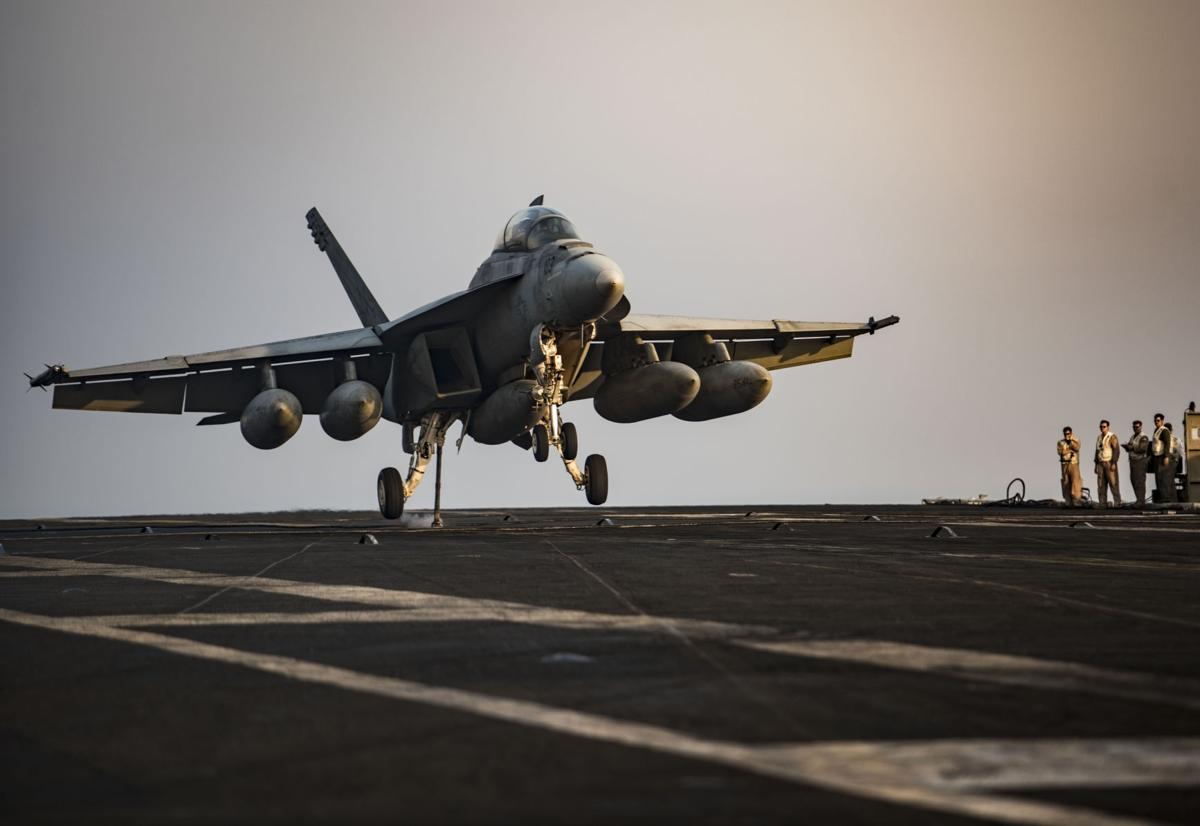 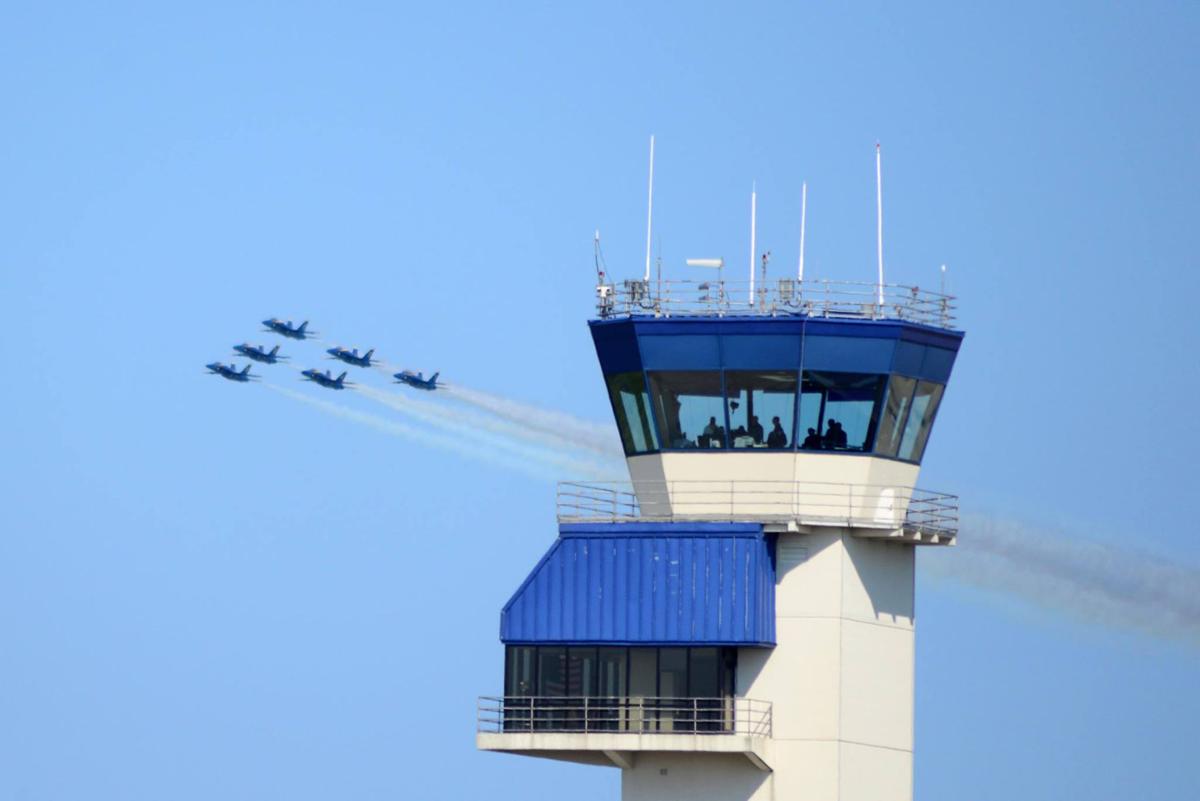 After saying their goodbyes to family and friends nearly three months ago, VFA-32 left for a planned seven-month cruise aboard USS Dwight D. Eisenhower (CVN 69). Before transiting the Atlantic Ocean they completed carrier qualifications, comprising multiple days of landing on the aircraft carrier in different environmental conditions, ensuring that squadron pilots were fully prepared for the challenging circumstances they would face over the coming months. The Swordsmen passed, successfully qualifying 18 pilots.

While transiting the Atlantic, Sailors of VFA-32 worked hard supporting flight operations, maintaining combat readiness and qualification currency. By mid-June, Eisenhower had safely passed through the Strait of Gibraltar and entered the Mediterranean Sea. In the following days, the squadron conducted unit level training and currency flights before their first port call.

As ambassadors, VFA-32 conducted themselves professionally during four days of leisure and culture in Naples, Italy. They availed themselves of the opportunity to visit Rome, Pompeii, the Amalfi Coast and other picturesque and historical locations throughout Italy.

Following the port call, Eisenhower continued to the eastern Mediterranean Sea, and began launching sorties into Syria and Iraq in support of Operation Inherent Resolve (OIR). This was weeks earlier than originally planned, but due to their vigorous training, VFA-32 aviators and Sailors were ready. The change in schedule had no impact on the squadron’s ability to support national objectives from U.S. 6th Fleet area of responsibility.

July was just as busy. After passing through the Suez Canal, VFA-32 provided immeasurable support to Americans and their allies through Operation Oaken Steel. With little prior notice, VFA-32 aviators, in close coordination with VFA-105, quickly planned missions for South Sudan. Both VFA-32 and VFA-105 aircraft launched from the Red Sea and flew more than 1,200 miles inland to the American embassy in Juba, South Sudan to support the orderly departure of 29 embassy personnel.

Carrier Air Wing (CVW) 3 remained on call for several days, ready to support. During their extended time in the Gulf of Aden, the Swordsmen flew a variety of missions including tanking, and surface search and coordination. In addition to their normal duties many Sailors received warfare qualifications, personal awards, and promotions including four Sailors meritoriously promoted by the commanding officer for exceptional performance.

Once relieved from Operation Oaken Steel, VFA-32 proceeded towards the Arabian Gulf and through the Strait of Hormuz. During the transit VFA-32 were again entrusted with the special task of protecting the strike group, standing up alert aircraft ready to launch at a moment’s notice. With minimal and safe interaction with the Iranian navy, Eisenhower continued to sail north into the waters of the Arabian Gulf, where she has spent the past month launching continued strikes against ISIL in Iraq and Syria in support of OIR.

In the span of a few short months, the Swordsmen and their teammates in Carrier Air Wing (CVW) 3, Carrier Strike Group 10, and Eisenhower excelled at operations and sustained combat ashore. By providing flexible, timely, and professional support to our nation, VFA-32 stands ready to meet challenges over the coming months.