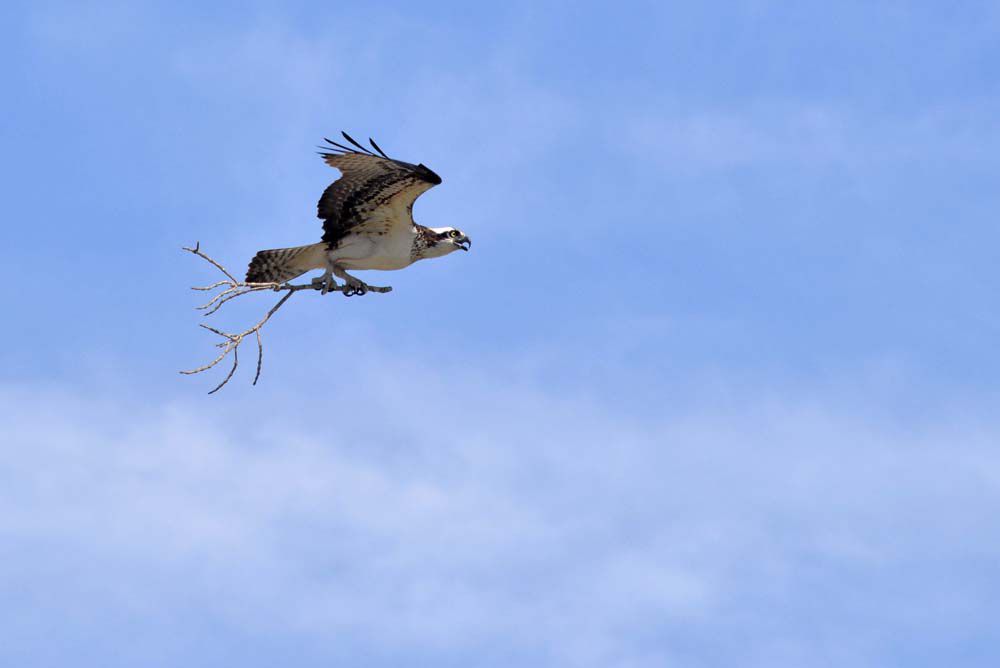 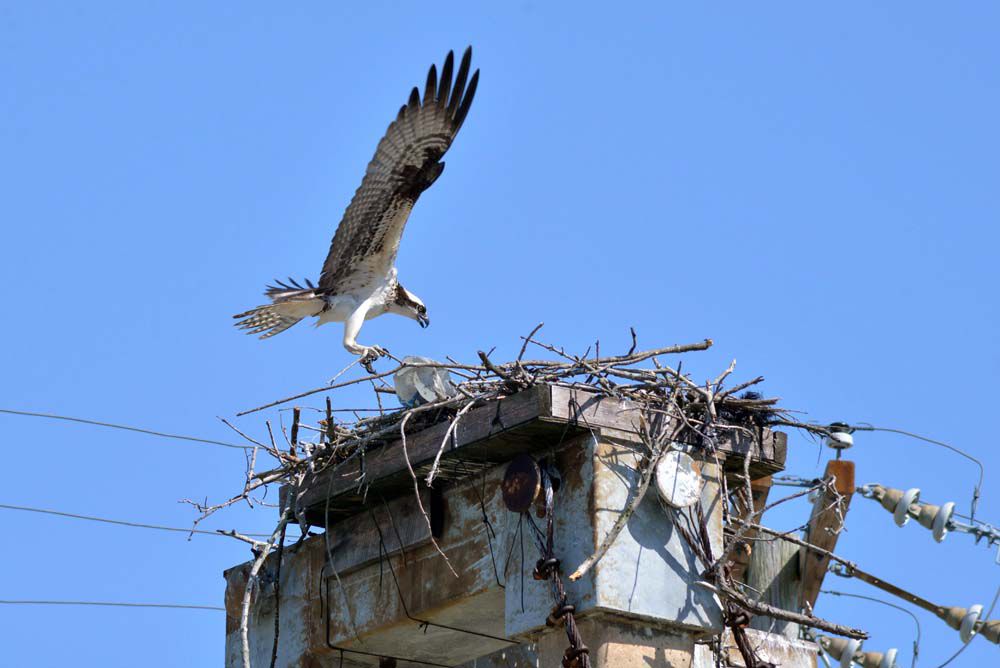 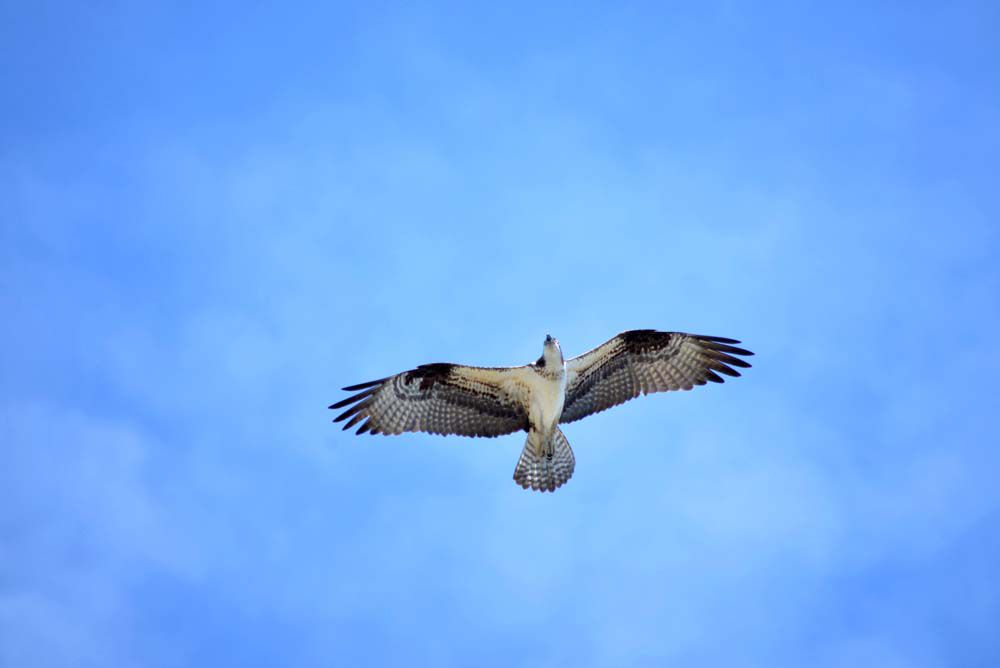 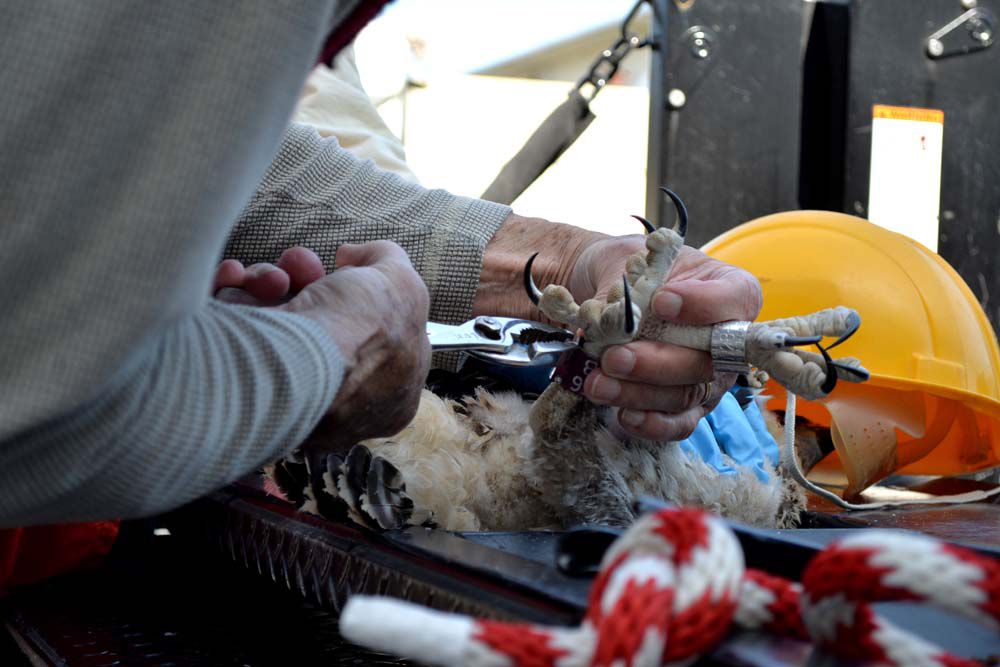 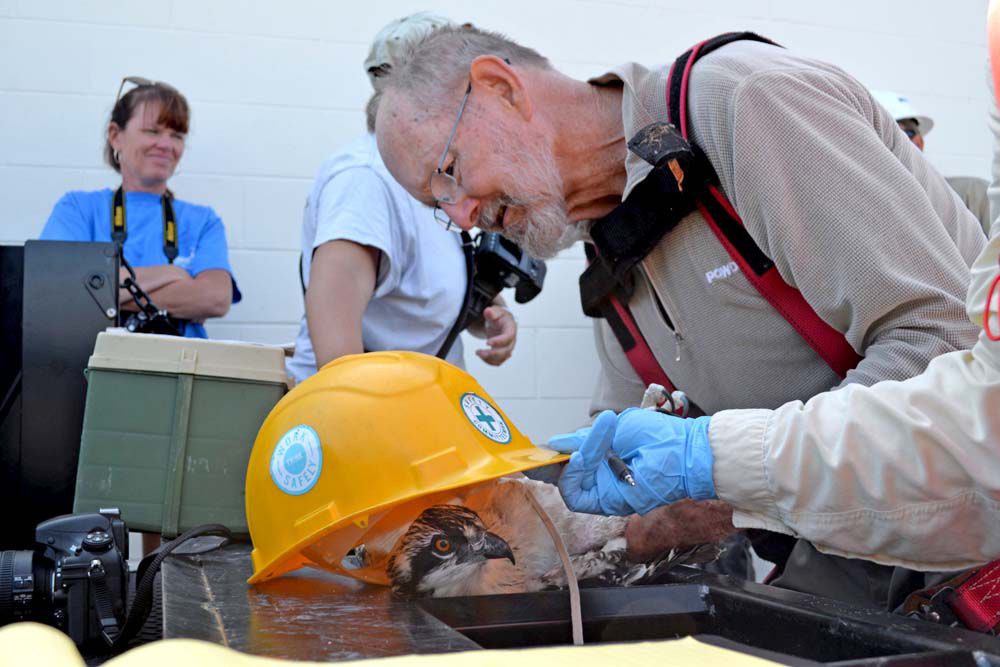 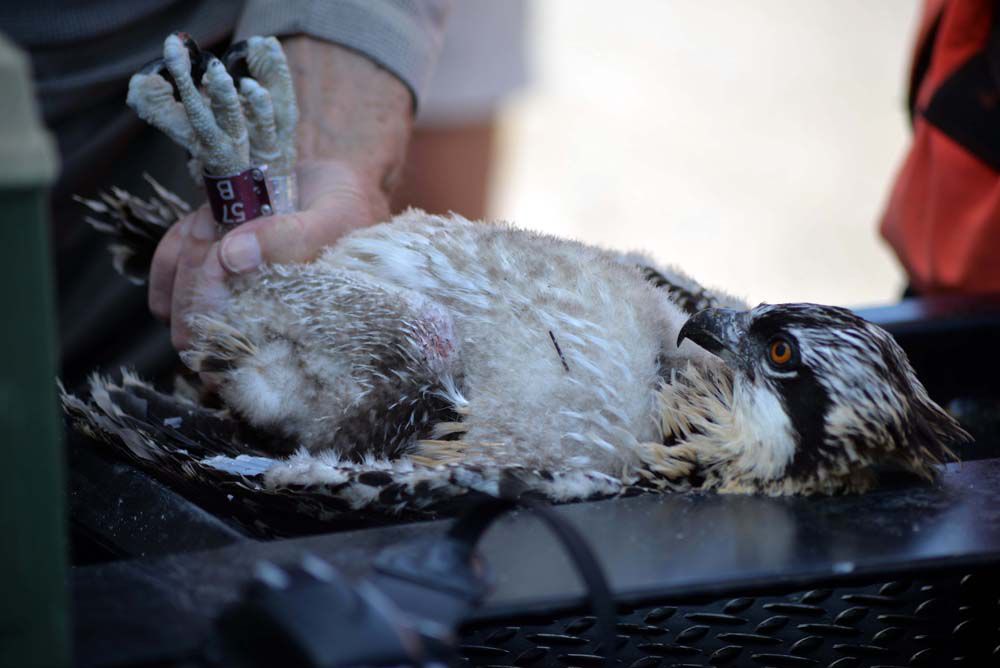 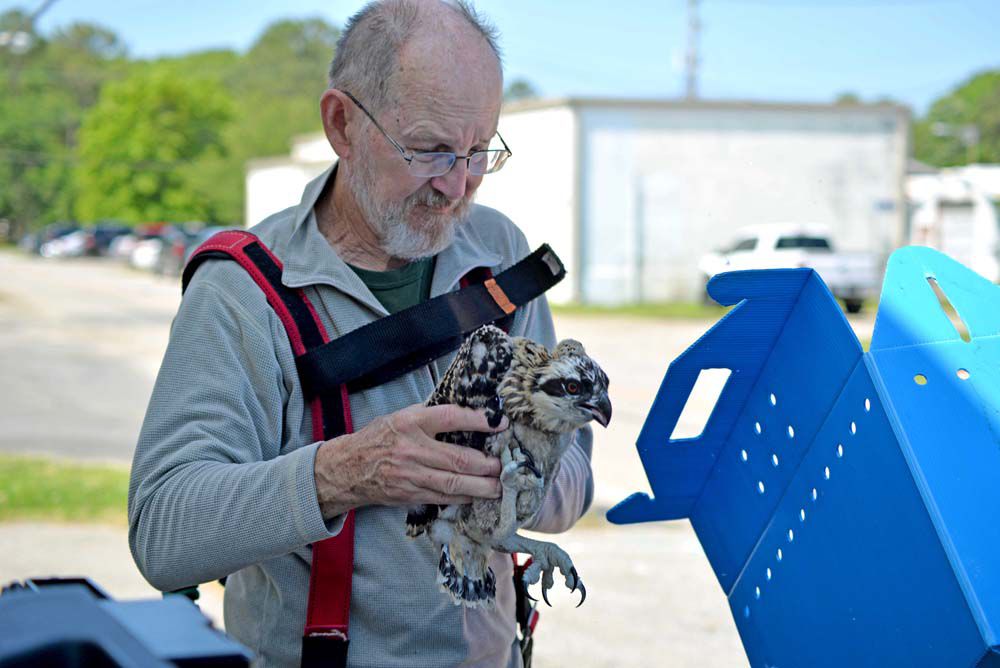 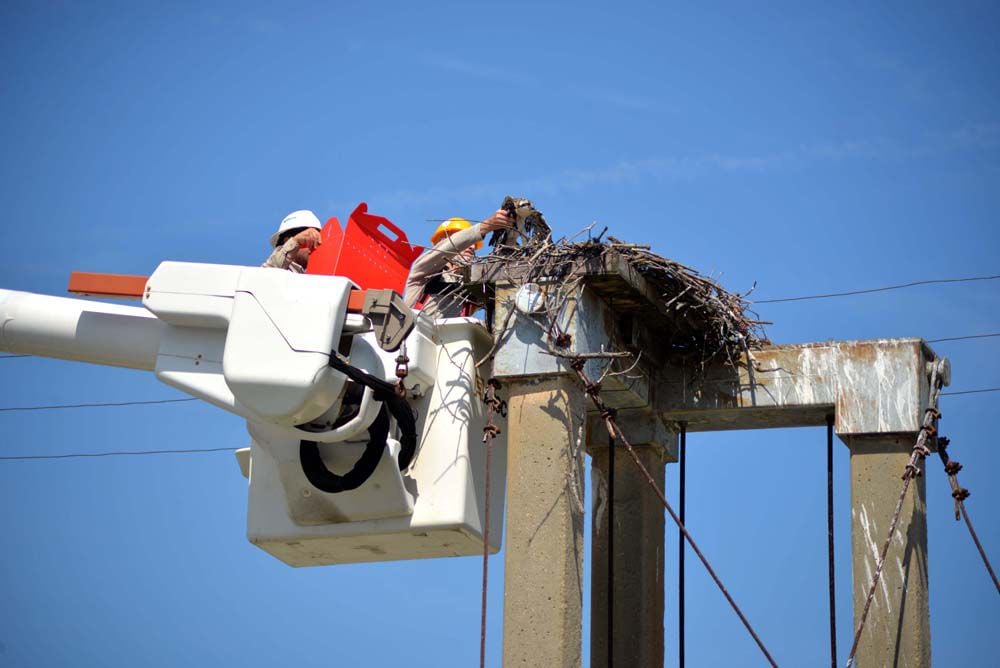 The day started early for a group at Dam Neck Annex as they ventured around base to “band” osprey chicks June 14.

Osprey banding is a seasonal event in Hampton Roads that entails a licensed professional placing two aluminum bands around the talons of young osprey chicks to research and track information about the birds including their population, life-span and their migration habits. The standard aluminum USGS band has a serial number that is unique to each bird and the purple field-readable band is used to identify individual birds visually.

“The oldest Osprey that we know of is about 26 years old and we’re able to tell that because it’s wearing a bracelet with an identification number,” said Reese Lukei, Jr., research associate from The Center for Conservation Biology.

The group, including Michael Wright, the Naval Air Station Oceana environmental resources manager, approached the first of five nests at approximately 10 a.m. NAS Oceana’s public works department provided a bucket truck to lift Lukei safely to a large osprey nest to retrieve three chicks who he estimated to be around 40-days-old.

“This data that I’m collecting ends up going to the USGS Bird-banding Lab in Laurel, Maryland. They put it into their master computer database, then should there ever be a recovery or sighting of the bird, I can see the notice that tells me the bird is in Connecticut or the bird is in Greenland or wherever it happens to be,” said Lukei who has been banding birds since 1971. “It’s a way of collecting data because we can’t see them all the time, it’s a way to learn more about their behavior and their movements.”

Lukei explained that once the chicks fledge, develop wing feathers long enough for flight, they will stay in the area for a week or so and by the middle of August most of the osprey in the area will have left. They will head to Central or South America, as far as Venezuela or Columbia for the winter. After that time the osprey seen in the area are heading south from locations further north.

“It’s a wonderful life; they don’t migrate together, the male and female migrate separately,” Lukei said. “Once these juveniles leave here, they won’t come back for another 18 months, they’ll stay wherever they go whether it’s Columbia, or Venezuela, or Haiti, or Cuba; wherever they end up going.”