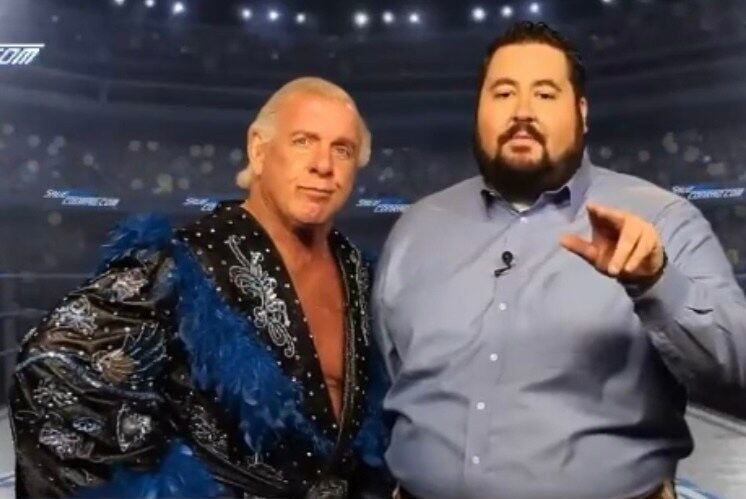 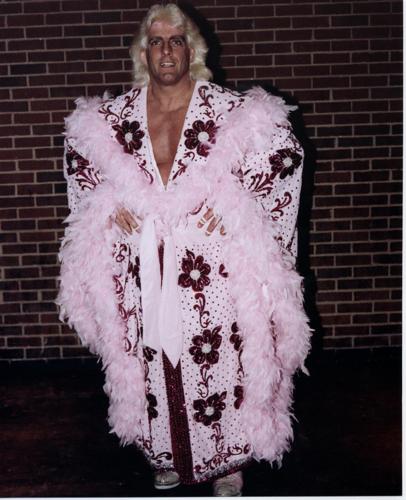 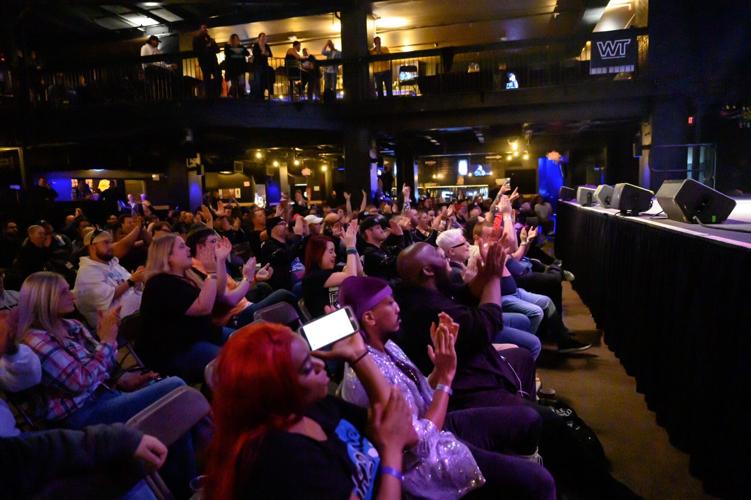 Pro wrestling fans rejoice! After a three-and-a-half year hiatus do to COVID, Starrcast V, THE professional wrestling fanfest of the year, is taking place at the world famous

Yiorgo: With us today is Conrad Thompson, multi-winning podcaster, mortgage guy, huge wrestling fan whose brainchild it was to start Starrcast. Conrad, for the uninitiated, what is Starrcast?

Conrad Thompson: Starrcast is a pro wrestling convention like no other. We give wrestling fans plenty of opportunities to meet their favorite wrestlers, purchase wrestling merchandise, memorabilia, photo ops, autographs and so much more.

Y: How is it different from other wrestling conventions?

CT: The major difference is that we at Starrcast present dozens of “stage shows” featuring live podcasts, roasts, panel discussions, Q&A sessions and an “After Party”. The live stage shows begin Friday, July 29th at 8:00PM Central time and will wind down Sunday, July 31st at 4:30PM Central, with Ric Flair’s Last Match beginning next door at 5:05 central, 6:05 PM Eastern. Ric Flair’s Last Match is a one night only event for Jim Crockett Promotions and the whole Crockett family will be there, and a lot of who’s who of Ric’s rolodex will be at ringside taking in a pretty big night.

Y: Who are some of the names that will be in attendance for the fans to meet, have a photo op and get autographs?

How can fans purchase tickets, get more info and see it at home if they are not able to attend?

Fans can go to www.starrcast.com for all the info. For those not able to attend, they can watch everything from home on www.fite.com

Y: One of the many highlights of the weekend will be the Four Horseman coming together like never before. Tell us about it?

CT: Because SummerSlam is on Saturday, I thought we have a real opportunity here so we will do Jim Crockett Promotions one last time. We get the whole thing kicked off Friday night, July 29th with the roast of Ric Flair and as you can imagine, Ric has a rolodex like nobody else, from celebrities, to comedians, to athletes, to movie stars to wrestlers and this will also be on fite and Pay-Per-View platforms. Then on Saturday, July 30th, we are getting the old gang together from the old Jim Crockett Promotions (JCP) days and we are calling it “The Last Ride of the Horsemen”. This will be the ultimate photo op ever involving the recreation of the original TBS 6:05pm backdrop. It will be identical, so it will be the TBS set with the Horsemen and you can get your once in a lifetime photo op made. We will have the Horsemen panel discussion that includes: Ric Flair, Arn Anderson, Tully Blanchard, Barry Windam, Lex Luger and JJ Dillon and moderated by either David Crockett or Tony Schiavone either before or after the photo op. This will be a real special moment to relive those glory days.

Y: Starrcast is known for its many, many “stage shows’. What are some that you can mention at this time?

CT: We will have Mick Foley doing his one man show, and Mick has a brand new podcast called “Foley is Pod” that I am co-hosting and will debuit tomorrow on all platforms June 3rd. We will also have our very first live show that weekend. Kevin Nash will be debuting his new podcast called “Kliq This” with Sean Oliver of Kayfabe Commentaries. Those two guys have been the kings of the shoot interview game and they are bringing it to a podcast platform and their first live show will be at Starrcast V. Renee Paquette will be there with a major guest that we are not announcing yet.

One that is sure to get a lot of attention that weekend is Johnny Gargano, one of the biggest free agents in wrestling and we will sit down with him and discuss what’s next? One of the last panels that we will do right before SummerSlam will be a discussion with Bret Hart and Kenny McIntoch who some people call the Conrad of the UK and they are going to discuss SummerSlam from 1992. It is probably the most famous match in WWE history over in the UK and the idea that we got Bret at SummerSlam 30 years later talking about that same SummerSlam match will be really, really special.

Y: As a wrestling fan, who was your favorite growing up?

CT: The reason I became a wrestling fan was because of Hulk Hogan. He was marketed to kids and was a real life He-Man, a comic book come to life, he was my Marvel super hero.

Y: It is your love of pro wrestling and your many podcasts with the who’s who of the wrestling world that made all this possible. From Bruce Prichard to Ric Flair, from Tony Schiavone to Arn Anderson, from Kurt Angle to Jeff Jarrett, from Eric Bischoff to Mick Foley and you are constantly adding even more as we speak.

CT: We are very blessed. Fans can find us on all social platforms and at www.adfreeshows.com for many exclusive contents.

Y: I notice with your different podcasts, your style and questions vary. How do you find your flow with each podcast?

CT: I view my job as being the point guard, and getting the ball where it needs to be for my teammates to score. It’s not about me scoring points, it’s about me scoring assists. I let the play develop if you will, by letting our conversation evolve and based on the feedback, I’m going to support him by asking questions just like when you try to make a sale. I have to be able to adjust. I can’t be the same. My job is to be a chameleon. I have a background in sales and I’ve been blessed to talk to people from all walks of life and the way you ultimately make a sale is to ask questions from the very generic to the very specific and as you get more specific, now you can “close the sale”. Well that principle can apply to a really good podcast. We start very generally and we get more and more specific and at the end we get a story that the rest of the world has not heard. We move on and I try to do it again with a different topic.

I view the art of what these guys have done to be pretty valuable, special and very important and in order for us to hang it on the wall, well it needs a frame and I think that’s me. I’ve got to frame this conversation and frame this art. I’m just the vehicle but also I know that I am the demographic. I am 40 years old and our average listener is 41. I have a pretty good idea of what we want to hear. Sometimes the talent, “the boys’ ‘, they don’t know. It’s been so long that they have been a fan that they don’t think like a fan anymore, they think like an insider. I’ll always think like a fan and have a pulse on what the fans want to hear.