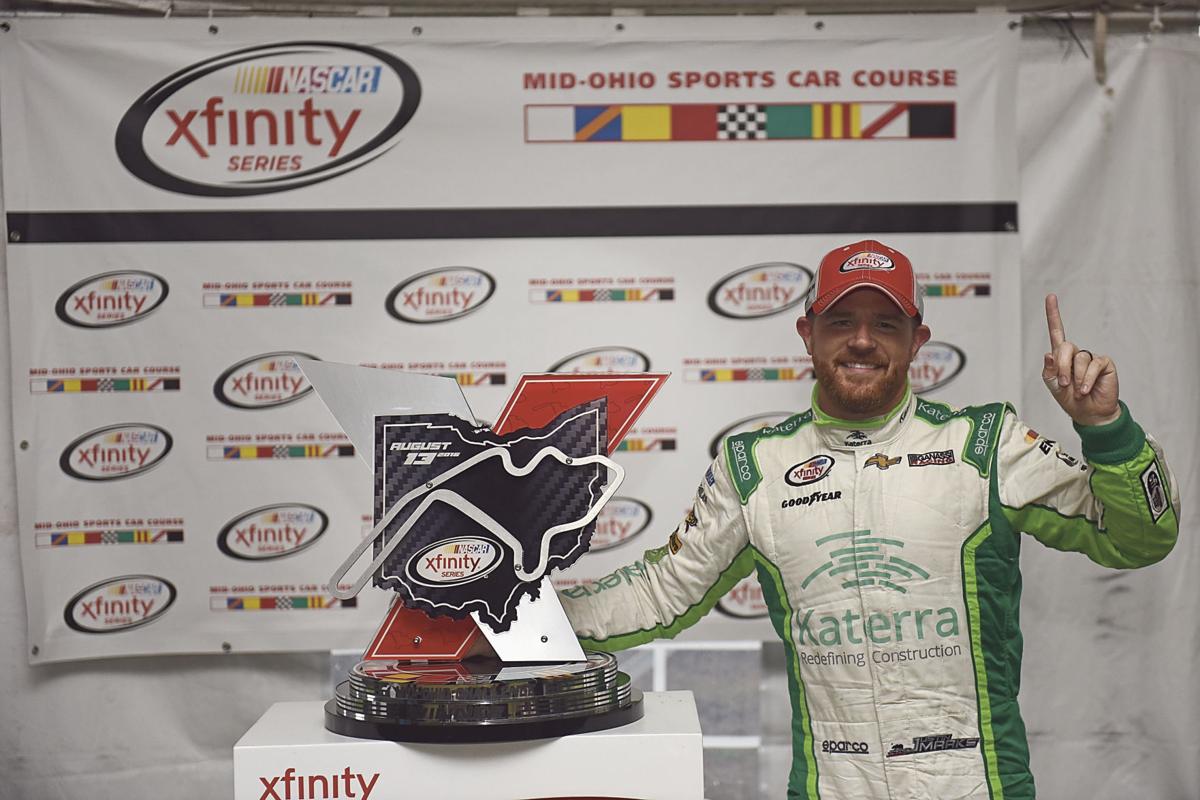 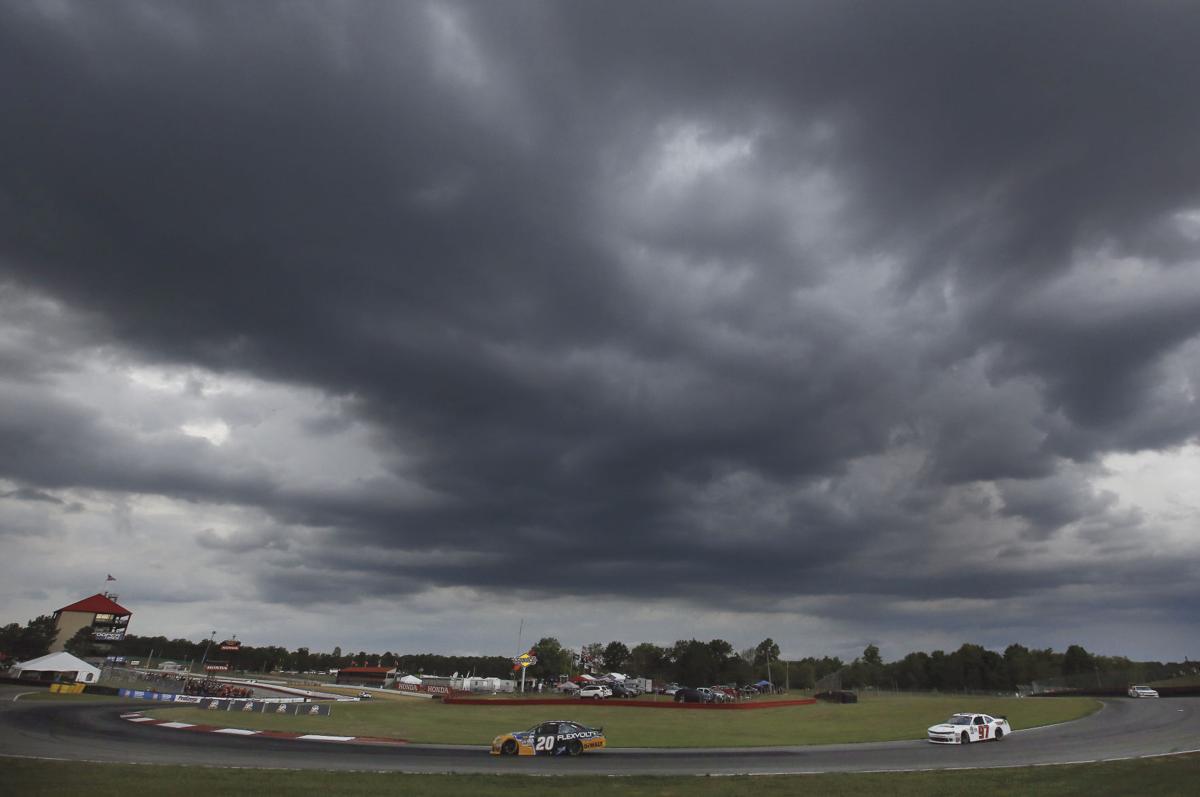 Saturday’s Xfinity Series race — the Mid-Ohio Challenge at the Mid-Ohio Sports Car Course — was as appropriately named as a race could be.

Much of the race, NASCAR’s top event on a weekend in which the Sprint Cup Series was idle, was run in a driving rainstorm, with cars sliding off the track nearly every lap. But that’s just what Justin Marks needed — and wanted. Marks, an experienced road racer who has run in the rain on numerous occasions, dominated the race and scored his first Xfinity Series win. In fact, it was the first time he’d ever even led a single lap in 25 career Xfinity Starts.

At Mid-Ohio, driving Chip Ganassi’s No. 42 Chevrolet, Marks led 43 of 75 laps, including the final 10, to get the win over Sam Hornish Jr., Ryan Blaney, Ty Dillon and Justin Allgaier.

The race was slowed by eight caution periods, with the field running under the yellow flag for 32 laps. That, combined with the drivers running reduced speeds due to rain, led to an average race speed of just 53.437 miles per hour. Officially, there were 13 lead changes among eight drivers, but there were many more on the course, as even the leaders were prone to spins as drivers struggled to maintain control of the relatively heavy cars with high centers of gravity, in the driving rain. Lighter sports cars aren’t as hard to race in the rain.

The entire race wasn’t run in the rain, which added to the drama, as teams ran some of the race in the rain with grooved rain tires, while other portions were run under clear skies on the normal racing slicks.

It all played into Marks’ hands, as he was clearly the best under the difficult circumstances.

“These are as tough conditions as you can put drivers in,” he said in Victory Lane, which was a makeshift celebration held under a tent. “It’s just really hard on everybody when it’s dry and wet and you don’t really know what to do, so strategy plays a big role in it.

“My specialty is road racing in the rain in these stock cars, and I don’t get much of an opportunity to do it, so when that opportunity presents itself, you have to really take advantage of it. I knew if the race ended in the rain that we would have a real shot at winning it.”

On a week in which the entire motorsports world was paying tribute to the late Bryan Clauson, who died from injuries suffered in a Midget race at Belleville, Kansas, Marks was able to add his own tribute. He dedicated his win to Clauson, who raced for a time in the Xfinity Series driving for the same team that fielded Marks’ car.

“Bryan’s short career in stock car racing came with Chip Ganassi Racing, so it’s great to be able to put this thing in Victory Lane to honor him,” Marks said. “He’s a real American hero race car driver, Bryan was. They don’t make them like that anymore.”

Hornish, the runner-up, is also considered a good road racer. He had another good run in a season in which it looked as if he might not even get to run a single race. He was among those congratulating Marks.

“My hat’s off to Justin Marks,” said Hornish, who started from the pole in the No. 2 Chevrolet for Richard Childress Racing. “I generally hold myself as a pretty decent rain racer, and even given the opportunity there at the end, I couldn’t do anything with him. In the dry, I feel like we could win, but Justin ... was just a monster in the wet.”