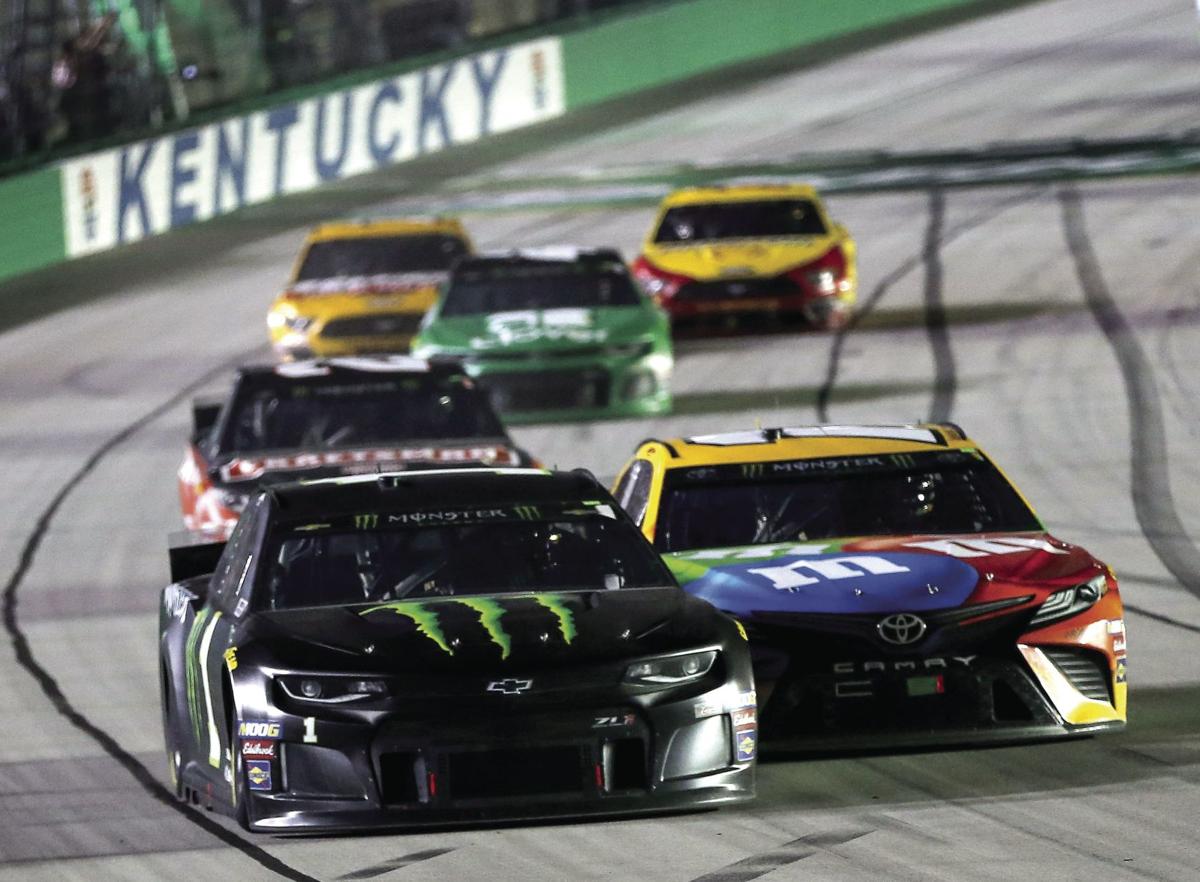 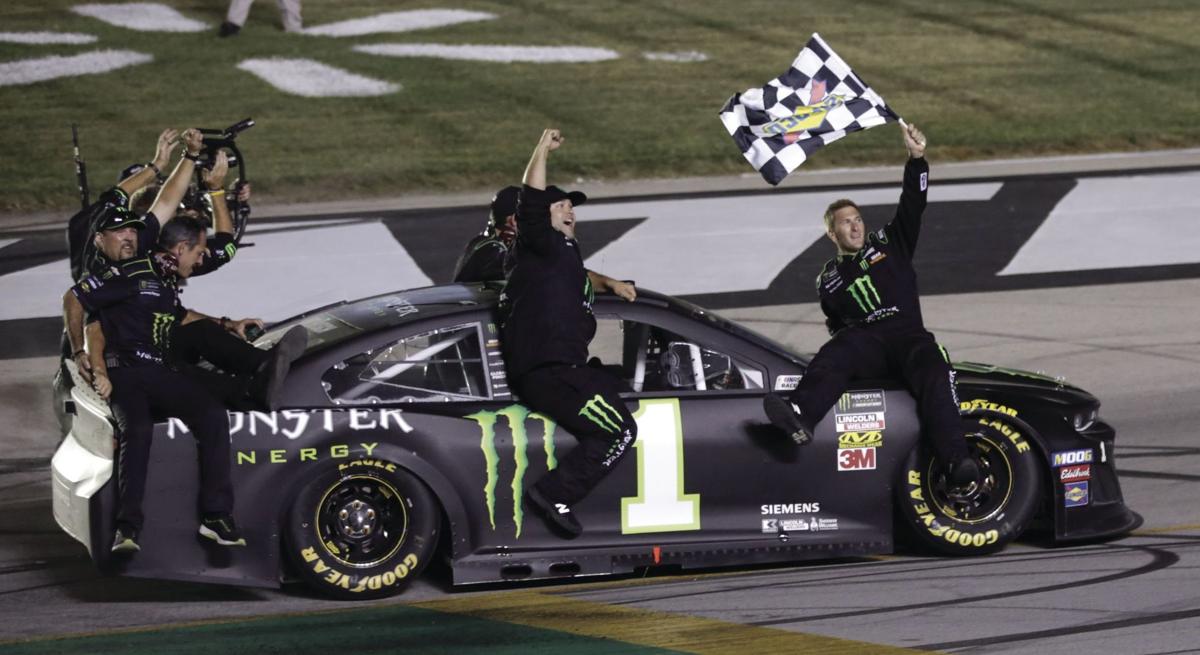 Kurt Busch takes his crew along for an old-school ride to Victory Lane following the Quaker State 400 at Kentucky Speedway Saturday night.

Kurt Busch takes his crew along for an old-school ride to Victory Lane following the Quaker State 400 at Kentucky Speedway Saturday night.

Any sport needs an occasional dramatic moment to maintain fan interest, and brother, did NASCAR get one in Saturday night’s Quaker State 400 at Kentucky Speedway.

Kurt Busch, who was disappointed the week before at Daytona International Speedway when rain ended the race early, defeated younger brother Kyle at Kentucky Speedway in a fender-banging, tire-smoking, back-and-forth overtime battle to the checkered flag.

It was Kurt Busch’s first win since joining Chip Ganassi Racing at the start of the season and the first ever in the Cup Series for his crew chief, Matt McCall, who was sharply criticized at Daytona for bringing Busch, the leader, to pit road when NASCAR signaled one lap to go before a restart. But lightning moved in and that race was not restarted, making Justin Haley a surprise winner and Busch and McCall a couple of disappointed losers.

At Kentucky, McCall made all the right pit calls, as he had Busch up front to win the first 80-lap stage and in position to win at the end as he had taken four tires on the final pit stop while most of his competitors took two.

But it was mostly Busch’s driving, plus a push from his Ganassi teammate, Kyle Larson, that allowed Busch to surge from fourth place to first on an overtime restart and take the win from his brother, who had been chasing down leader Joey Logano before the yellow flag flew with six laps remaining for a spin by Bubba Wallace.

Kurt Busch said it felt good to get the win after a classic battle with his brother, who leads him in career Cup victories with 55 wins to Kurt’s 31.

“Racing your little brother every week and watching him win a lot, I’m proud of him, but I’m proud of him for giving me a little bit of room on that outside,” Kurt said. “He could have clobbered us against the wall, and third place probably would have got it. What an awesome run.”

Kyle Busch said all was good with his brother after the banging back and forth at the end.

“Glad it was a thriller,” he said. “It’s obviously cool to put on great races and great finishes, and I’ve been a part of a lot of them and not very many, in fact none, with my brother like that. That was a first. No hard feelings.”

Kyle said his No. 18 Toyota wasn’t fast enough to beat his brother.

“I just tried to get as close as I could to him and side draft him,” Kyle said. “He just had too much momentum going by me on the outside.”

Logano, who had the fastest car before the caution flag, fell to seventh at the finish, with Erik Jones finishing third over Larson and Denny Hamlin.

McCall, a 38-year-old former driver who made it as far as the Xfinity Series before giving up his driving career, had been winless in his first 163 races as a Cup crew chief, mostly with Jamie McMurray as his driver.

He gave Busch much of the credit for his Saturday night success.

“Got a wheel man now,” he said in Victory Lane.

Busch now has taken nine crew chiefs, including McCall, to Victory Lane in the Cup series.

McCall said that when Busch arrived at the No. 1 team at the start of the season, he promised his crew members, many of whom have never been a part of a Cup victory celebration, that he’d make them winners.

“He came in and that was the goal from the very beginning,” McCall said. “I think he has a lot of credentials, right, so when he starts talking, he tells you we’re coming in, we’re going to win, it’s definitely a confidence booster for sure.”

Busch said that when he joins a new team, which he has relatively often in his career, he immediately goes to work to make the team better. He said he’s tried to adopt the positive attitude he’s seen in his wife, Ashley, a professional polo player.

“You come in and you talk a game and you deliver it, and you do it with execution through team meetings, showing up early, staying late and motivating guys to do a better job,” he said.

“I’m the guy that gets to hold the steering wheel and go 200 miles an hour. I get the name recognition and all that, but this is a team effort. Matt McCall, when I first met him, I knew he could be a winner, and he’s a winner now.”

Now Busch is looking to build on the win, which brings with it a berth in the 10-race, season-ending playoffs.

“Now we’re winners, let’s grab another gear,” he said. “Let’s try to get this thing where the second half is one of those phenomenal years.”