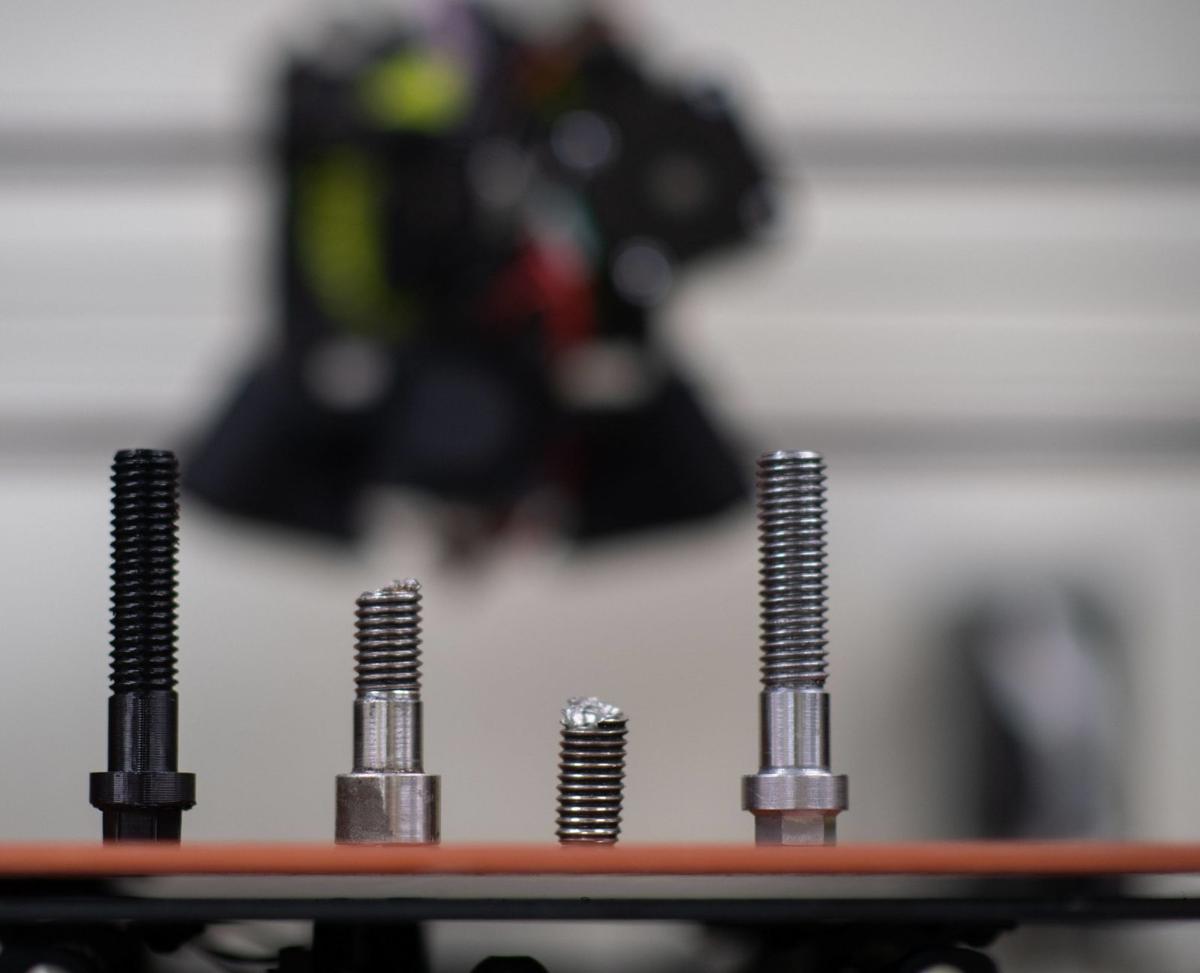 A 3D printed bolt, a broken bolt, and the final manufactured bolt for a hangar bay door assembly sit from left to right on a 3D printer aboard the Nimitz-class aircraft carrier USS John C. Stennis (CVN 74). 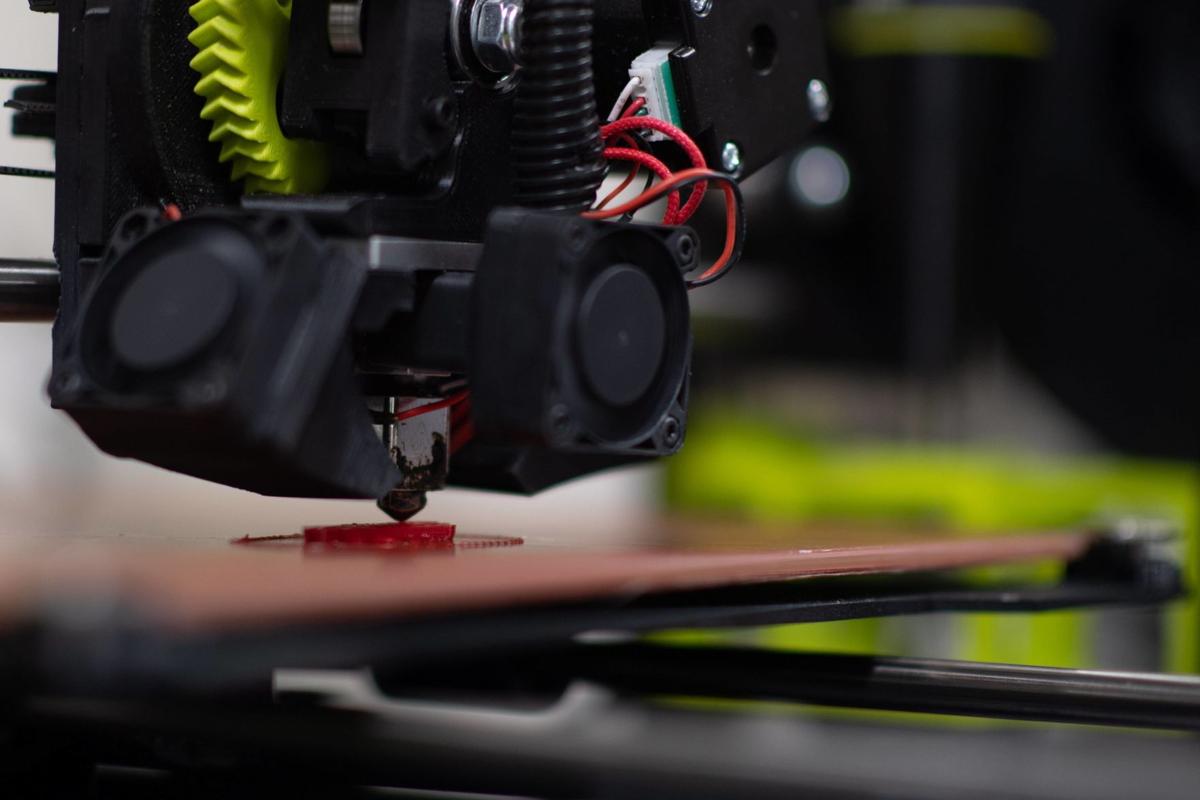 A 3D printed bolt, a broken bolt, and the final manufactured bolt for a hangar bay door assembly sit from left to right on a 3D printer aboard the Nimitz-class aircraft carrier USS John C. Stennis (CVN 74).

Sailors on the aircraft carrier USS John C. Stennis (CVN 74) used an Advanced Manufacturing Lab (AML) onboard to produce about 300 plastic parts that were installed during a recent seven-month around-the-world deployment.

This innovative repair restored a critical satellite communication system and reduced the expected eight week repair timeline to just one day, which significantly increased the bandwidth capacity for data transmission in support of the ship’s mission. During a Composite Unit Training Exercise (COMPTUEX) that preceded the deployment, they also created a plastic replica of a bolt that sheared off on the hangar bay door of USS Chung-Hoon (DDG 93), enabling technicians to ensure correct fit before machining a metal bolt to repair the door.

For the medical department, John C. Stennis machinery repairmen designed and printed an adaptor that connected a new size of tubing to the ship’s insufflator, a device used to pump carbon dioxide (CO2) into a patient’s abdomen to facilitate laparoscopic surgery.

The insufflator was then used for three successful appendectomy operations onboard the ship. As the old tubing size was no longer available, without the adaptor John C. Stennis would have been faced with ordering a new insufflator. This would have created a potential gap in emergency medical capability while the equipment request was fulfilled. Other additively manufactured parts designed and used frequently by the ship included knobs for calibration and test equipment and power panels, door switches for self-service dryers, and retaining brackets to ensure watertight integrity for overhead light covers.

“Manufacturing an item with exact specifications for immediate use played a large part in keeping USS John C. Stennis (CVN 74), and the rest of Carrier Strike Group Three, in the fight,” said Capt. Peck. “I look forward to seeing other units carry on its development with respect to increasing the number of pre-made and approved designs, expanding the types of building materials and enabling policies to expedite solutions to improve operational readiness.

”USS John C. Stennis (CVN 74) volunteered to host the AML in 2017. Installation of the equipment, including four additive manufacturing printers, a 3D scanner, a laser cutter, and a computer numerical control mill, was completed in October 2018. While the Stennis AML was initially authorized for a one-year test period that ended in October 2019, it is being extended through the ship’s refueling and complex overhaul availability that is ongoing and expected to run through 2023.Funded by the Deputy Chief of Naval Operations for Fleet Readiness and Logistics (N4), this AML was the first to be installed on a U.S. Navy ship via the official process that outlines requirements for integration of new equipment. Naval Sea Systems Command warfare centers and regional maintenance centers provided about 40 hours of initial training for ship personnel who used the AML systems, as well as continuing “reach back” support throughout the test period. The team also included staff from Johns Hopkins University Applied Physics Lab who created ship drawings and engineering designs for the AML and also assisted with shipboard installation.

“The challenges we face in naval logistics won’t be solved with a business-as-usual approach,” said Vice Adm. Ricky Williamson, Deputy Chief of Naval Operations for Fleet Readiness and Logistics (N4). “We have to give Sailors creative tools—such as advanced manufacturing—to solve problems on the fly if we are going to remain agile and effective for the future. I commend Capt. Peck and his John C. Stennis crew for being the first to employ this new capability and embrace the possibilities of this technology. They are at the forefront of Navy innovation.”

N4 is also funding AMLs aboard USS Makin Island (LHD 8), installed as of June 2019, and aboard USS Dwight D. Eisenhower (CVN 69), scheduled for installation in early 2020.