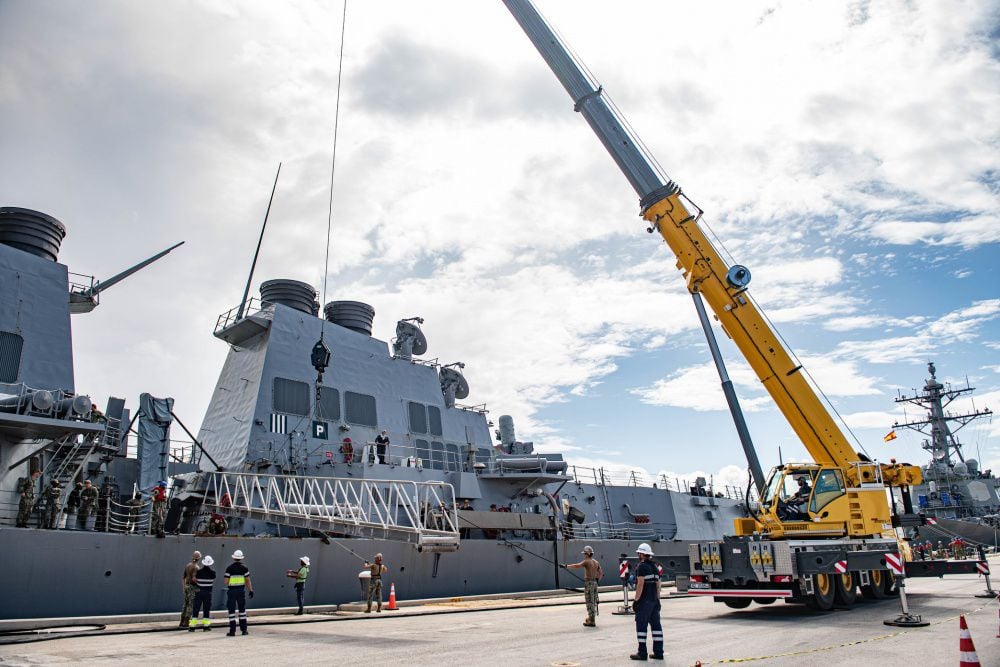 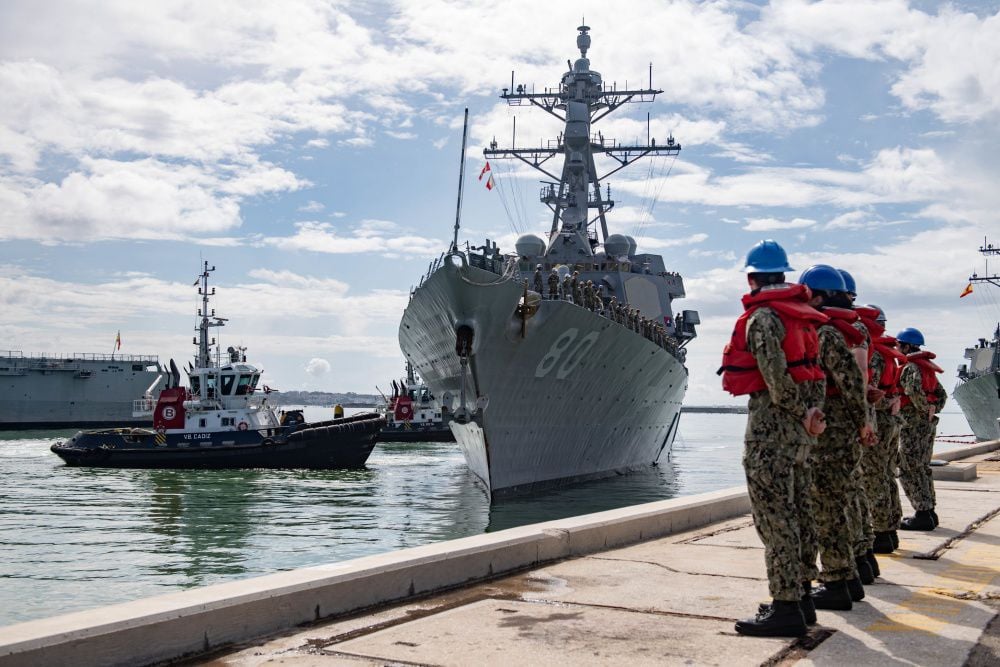 Roosevelt, named after the 32nd President Franklin D. Roosevelt and his wife Eleanor, is replacing USS Carney (DDG 64) in the first of several scheduled homeport shifts to occur in support of the U.S. Navy's long-range plan to gradually rotate the four Rota-based destroyers.

"Roosevelt has already proven she is a great asset to 6th Fleet, enhancing the capabilities of our Forward Deployed Naval Forces-Europe Aegis destroyers in Rota, Spain," said Vice Adm. Lisa Franchetti, commander, U.S. 6th Fleet. "Her arrival, hosted by our long standing ally, Spain, enhances our combined commitment to a stable and secure Europe and further reinforces our ironclad commitment to our allies and partners."

"Roosevelt and her crew add increased lethality with the Navy's most advanced sensors, weapons, and communication systems, to include our embarked MH-60R [helicopter] teams," said Cmdr. Matthew Molmer, commanding officer of Roosevelt. "Our ability to integrate with 6th Fleet, joint players in Europe, and the nation's allies and partners adds capabilities that we are just beginning to leverage."

"Having the MH-60R on board provides Roosevelt with an organic asset that enhances situational awareness in the areas of [Anti-Submarine Warfare] and [Surface Warfare]," said Lt. Cmdr. Benjamin T. Harris, Air Operations Officer of the embarked Helicopter Maritime Strike Squadron (HSM) 48 Det 7 'Mayport Mules.' "Additionally, the MH-60R provides the ship an [organic] asset capable of performing [Search and Rescue], logistics support, and a variety of other missions without having to rely on outside entities."

The destroyer arrived in C6F April 14, following her departure from her previous homeport of Mayport, Florida, March 21. Prior to transiting the Atlantic, Roosevelt took a variety of coronavirus-related precautions to ensure the crew arrived in the European theater safe and healthy.

Last June, the ship also visited Cherbourg, France, to commemorate the 75th Anniversary of the D-Day landings in Normandy. The success of D-Day demonstrated the impact a strong unified alliance can have; Roosevelt is forward-deployed to reinforce that strong alliance, supporting maritime security and stability.