Take a minute out of your busy day to consider the matter of street names. Without them, giving someone directions could be a fairly complicated process. “Oh, turn left at the big oak, then right after the white picket fence and I live on that little twisty road that goes over the hill.”

Until about 1900, people who lived on Fort Monroe had to give directions like that. Most roads had no names. In the early 1930s, someone realized that this network of nameless streets might be a good opportunity to memorialize some people. Existing roads acquired labels. After checking maps and records, here’s what was discovered about the road names at Fort Monroe:

Bernard Road in 1822 was a track partly circling the inner fort; it ran from Quarters 1 south past the casemates, making a jog around a set of quarters where the Chapel of the Centurion now stands, and ended at the Main Sally Port. By 1832 it was a brick roadway completely circling the inner fort. In 1920, it was repaved and proudly marked “Concrete Road.” The name Bernard Road first appeared in 1906. It honors Brevet Brig. Gen. Simon Bernard, once an aide to Napoleon, and who is credited with having designed Fort Monroe during the period 1817 to 1818.

Buckner Road was laid out in 1943 on an area that had been marsh until 1915, when it was filled in and a World War I training camp was built on the site. The camp was reactivated for World War II trainees; the road memorializes Lt. Col Simon Buckner, who was killed in Okinawa.

Cornog Lane, in front of the Post Engineer building, was built in 1932, but the name is a mystery. There was a Lt. Cornog who graduated from West Point and was killed in France, but nothing connects him with Monroe.

Darby Street wasn’t named until 1955 and no records tell us who Darby was.

Engineer Lane loops behind the houses facing the Engineer Pier, and it was named in 1915. In those days, Quarters 147 was the home of the resident engineer, and Quarters 146 was his office.

Fenwick Road started as Stone Road, used to cart stone from the docks to the workmen who were building the Water Battery in 1819. By 1869 it was extended as a straggly trail leading to a northern area called “Ordnance and Trial Ground.” This was an impact area, extending from about the old PX (formerly located in Building 105) to the Officers’ Club (now the Casemate Museum), where they built mockups of armored ships and tried out their new armor-piercing shells. In 1931 the street was named for Brig. Gen. John Fenwick, the first commandant of the early Artillery School of Instruction, established in 1824, and commander of Fort Monroe in 1825.

Frank Lane follows the line of the Hampton and Old Point Railway and Electric Company trolley tracks, first shown on post maps in 1904. In 1934 it was named for Col. Royal T. Frank, commander of Fort Monroe and the Artillery School from 1888 to 1898.

Fuller Lane, built on another filled-in marsh in 1915, was named in 1953, but no records tell us who Fuller was. Maybe he’s one of the Phoebus family.

Griffith Lane was another road over a filled-in marsh used for training camps. The name appears in 1953, but who was Griffith? The only Griffith in the records was a trustee for the bankrupt Hygeia Hotel in 1873.

Hampton Road, running beside the Post Theater, was a corral in 1930 and named in 1953, presumably for our neighboring city.

Harrison Road was a track from the old fort to the western docks in 1822 and became a road in 1930. In 1934 it was named for Col. George F. E. Harrison, commander of the Coast Artillery School and Fort Monroe from 1906 to 1909. Harrison Place, which runs alongside Building 161, was named in 1938, apparently for the same officer.

Incinerator Road, up near Dog Beach, led to the post incinerator in 1938 when it received its rather pragmatic name. The incinerator was demolished sometime during WWII, but the name remains.

Ingalls Road was a no-name trail in 1822 that ran for a short distance from the Stone Road (now Fenwick) to the West Sally Port of the fort. By 1849 it went to the Mill Creek bridge and was called “Hampton Road.” At the outbreak of the Civil War, it was extended south to the Baltimore Wharf, which was located beside the Chamberlin Hotel and labeled “Mill Creek Road.” In 1930 it was named for Lt. Col James M. Ingalls, a ballistics expert who wrote the first text on exterior ballistics published in North America in 1883 and used at the Coast Artillery School.

Matthews Lane in 1884 was a little alley running behind the group of quarters known as the Tuileries, which includes Lee’s Quarters. It was named in 1953, but nobody remembers which Matthews was honored. This may have been Samual Matthews, who rebuilt old Fort Algernourne in 1632.

McNair Drive was a railroad trestle in 1899. When the Chesapeake and Ohio abandoned its Fort Monroe tracks in the late 1930s, the trestle was surrounded with fill and a roadway built on top. Lt. Gen. Leslie McNair was the first commanding general of the Army Ground Forces, headquartered here after 1944.

Murray Street runs alongside the post engineers’ building to post headquarters. It was constructed in 1930 and in 1934 was named for Maj. Gen. Arthur Murray, first chief of the Coast Artillery in 1908.

New Garden Street was part of the 1943 complex of new roads built to serve a training camp near the PX. Named in 1953, it perhaps was an exercise in sarcasm; this area appears on old photographs as a barren plain bordering an old landfill. There is no Old Garden Street, by the way.

Patch Road started as Arsenal Road, running from the old arsenal on Ingalls Road along the moat to the north. It paralleled the tracks of the Engineer Railroad, and in 1943 it was named for the famed WWII general.

Patrick Lane was laid out in 1943 to serve another WWII training camp, known as the 500 Area because the building numbers were all in that series, located opposite the Officers’ Club. No records tell us who is commemorated by the name.

Pratt Street was built and named in the early 1930s when that area of marsh was filled in and used as a site for NCO housing built as a WPA depression-era project. There was an Army Air Corps general named Pratt.

Reeder Circle was “Theater Circle” in the 1930s, when it led to the Liberty Theater, where shows and entertainments brightened the life of personnel at Fort Monroe. Col. Russell E. Reeder was commander of the 3rd Coast Artillery District in 1927.

Rogers Lane, alongside the Post Office, was formed in 1915 and named in 1915, but no one knows who Rogers was.

Ruckman Road, a track in 1829 from the present Ingalls Road to the parade ground of the inner fort, was named in 1906 for Brig. Gen. John Ruckman, former commanding general of the Coast Artillery, who helped organize the Journal of the U.S. Artillery when he was a lieutenant in the 1st Artillery.

School Lane, so called because it ran past a Coast Artillery school, stopped at an enormous storage tank for sewage in 1906. They eliminated the tank and extended the road in 1932.

Stilwell Drive was built in the 1940s on land reclaimed from Mill Creek by filling with dredge spoil. It honors Gen. Joseph W. “Vinegar Joe” Stilwell of WWII fame, who commanded the Army Ground Forces headquarters here in 1945.

Tidball Road was built in 1915 and named in 1930 for Maj. Gen. John C. Tidball, the author of a textbook on heavy artillery, and commander of the Artillery School and Fort Monroe, 1883-1888.

Whistler Lane is another road, built in 1915 and named in 1934, for whose name we have no documentation. There was a Lt. Garland N. Whistler at the Artillery School about 1880, who wrote an article on the method of calculating coefficients of deviations for the Artillery Journal, but that seems a slim claim to fame.

As you can see, in those days people just named streets when they felt like it. Maybe some of those names were penciled in by post draftsmen to put their own names on the map, and perhaps Whistler Lane commemorates somebody’s mother. You can’t do that anymore. There’s a stiff Army regulation (AR 1-33, Memorial Programs) prescribing strict criteria for memorializations. But somehow those old days of freewheeling attitudes to such things are rather attractive. We may have lost something when those days passed away. 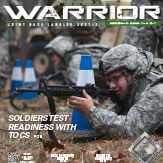 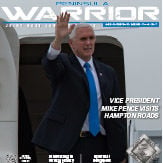