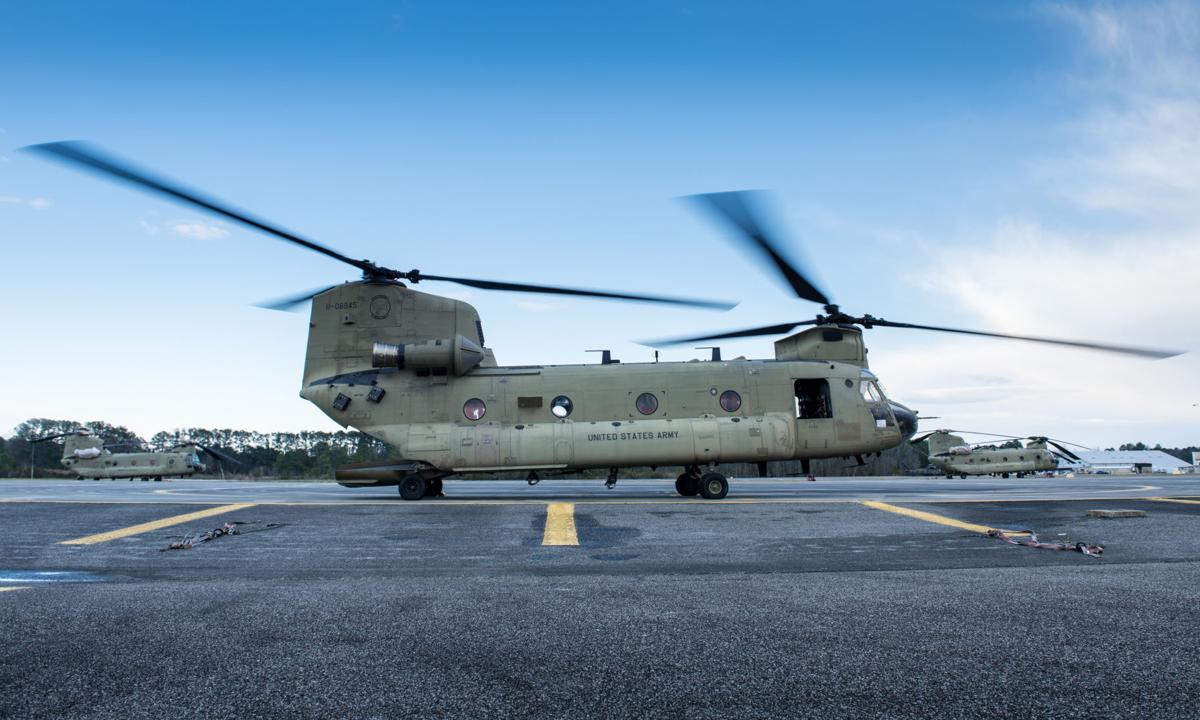 A U.S. Army CH-47 Chinook helicopter lands on the Airfield at Felker Army Airfield, Joint Base Langley-Eustis, Virginia, March 6, 2020. The helicopter returned from dropping troops off at a training location. 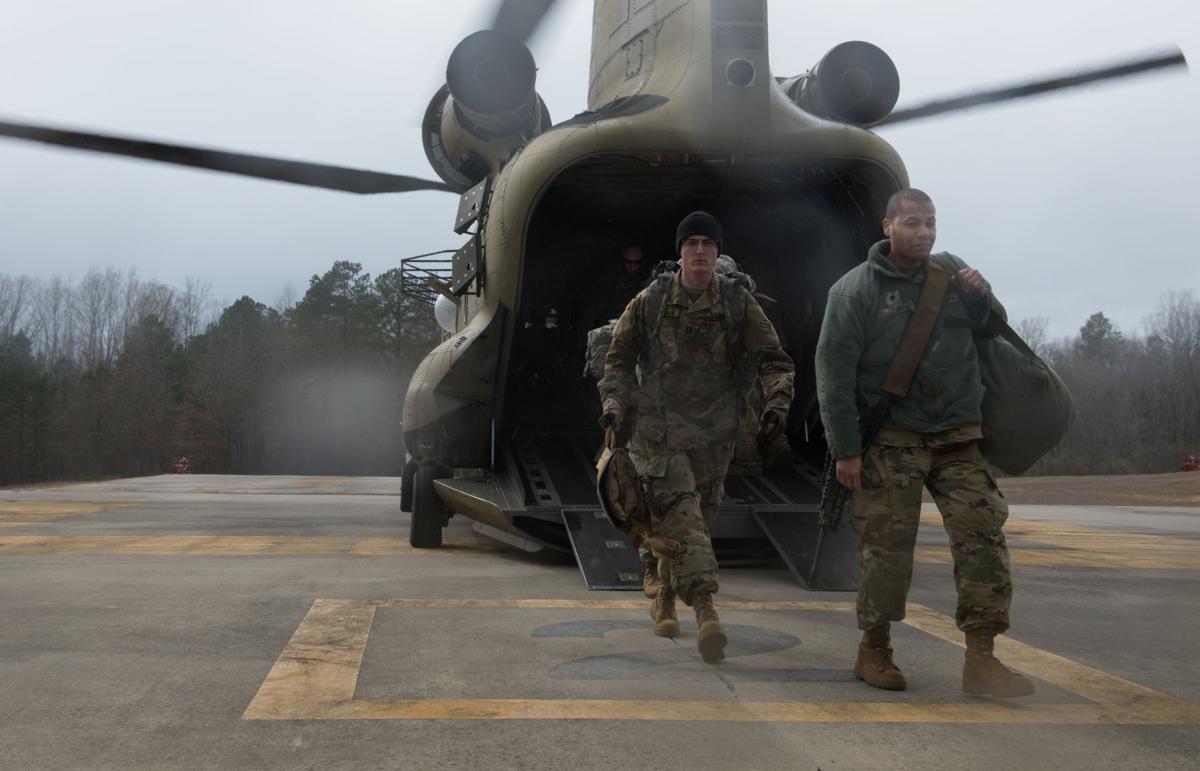 A U.S. Army CH-47 Chinook helicopter lands on the Airfield at Felker Army Airfield, Joint Base Langley-Eustis, Virginia, March 6, 2020. The helicopter returned from dropping troops off at a training location.

JOINT BASE LANGLEY-EUSTIS, Va. – The air around the Soldiers is filled with the whirring noise of the helicopter rotors spinning as the blades cut through the air, keeping the helicopter aloft.

More than 25 Soldiers with the 359 Transportation Company were transported in a CH-47 Chinook to Wilcox, Virginia to begin their simulated in-country training.

The pilots and crew of the 159th General Support Aviation Battalion 244th Bravo Company at Joint Base Langley-Eustis, Virginia, transport personnel and cargo to trainings, combat missions and humanitarian efforts.

A well-trained crew can unload an entire Chinook within 13 seconds. Members of the 244th Bravo Company conduct flights on a regular basis to practice this and other skills necessary in case of a hostile environment.

“We support local units and work with Special Forces at nearby bases,” said Capt. Cory Moylan, 159th GSAB, 244th Bravo Company commander. “We work with personnel from almost every organization along the east coast.”

The 244th Bravo Company is a Reserve unit, meaning members have careers outside of the military where they work full-time when it is not a drill weekend. Moylan works as an air traffic controller and Bander works for the Virginia Department of Forestry, both positions providing time away from flying while learning from other experiences.

“Our crew is really close, we are like a big family and have a great time working together,” Bander said. “We pride ourselves on being professionals, getting the mission done and taking care of our members.”

The 159th GSAB 244th Bravo Company works with Delta Company to perform maintenance so the helicopters can remain combat-ready. The history of this unit goes back almost 60 years to when it first earned a special call-sign.

Current members have conducted flyovers for the return of service members’ remains found in Vietnam, making connections with original unit members along the way.

“After the flyover some of our members got to talk to individuals who were in the first 159th GSAB 244th Bravo Company unit and they wanted us to take the call-sign ‘Freight Train’ again,” said Moylan. “We have kept the name and we still stay in contact with some of the original members.”

In the future, the 244th Bravo Company will remain mission ready, continue to carry on the legacy set by Freight Train’s first members, provide support to troops and countless other mission requirements.