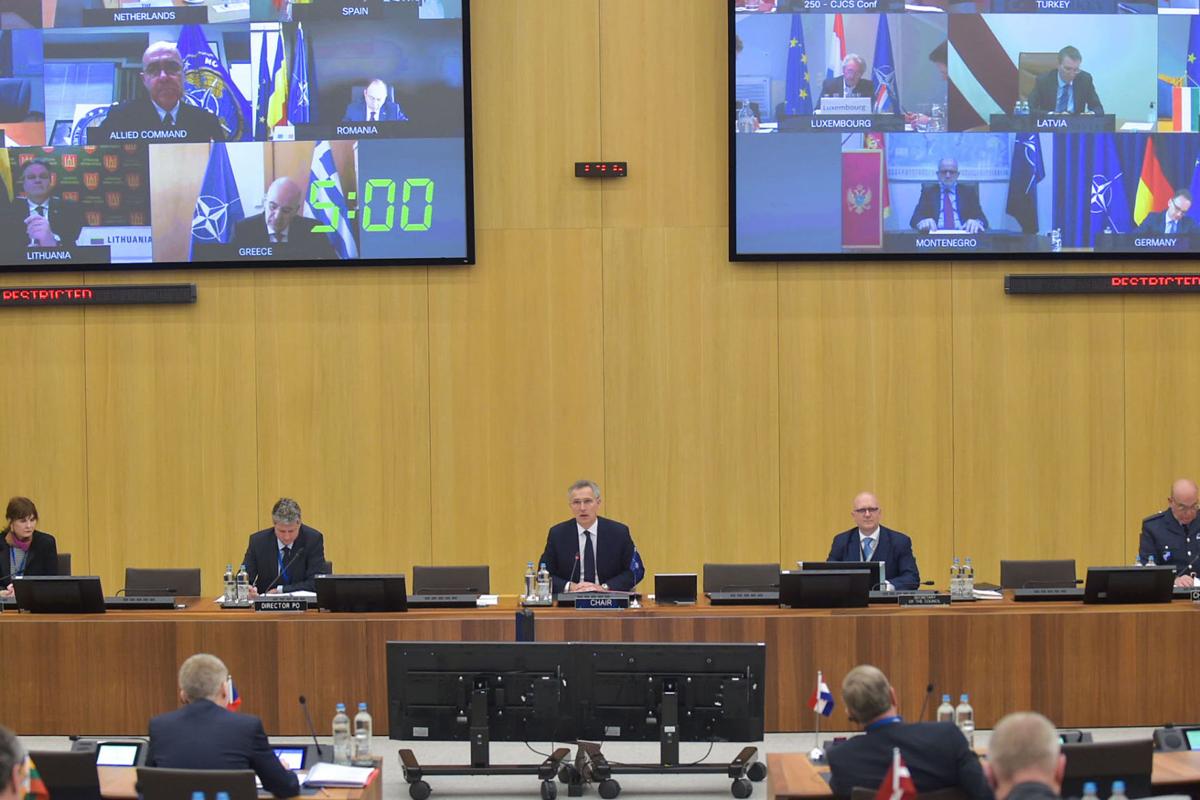 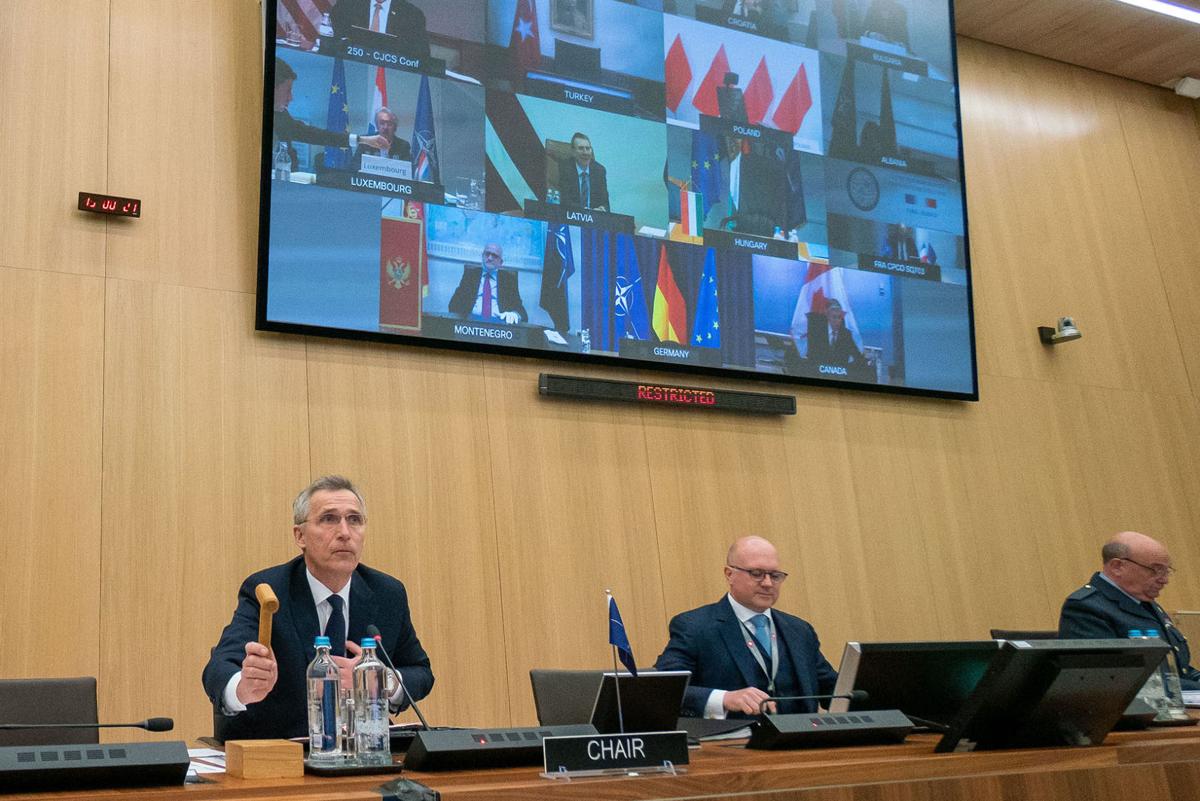 "We addressed a number of issues, including our missions in Afghanistan and Iraq and our support for Georgia and Ukraine, but our response to the COVID-19 was at the top of our agenda," the secretary general said.

In a joint declaration, the 30 foreign ministers expressed sympathy for victims of the virus, and paid tribute to the health care workers on the front lines in the battle against the virus. Many of the NATO allies' service members are among those working against the virus.

"NATO was created to deal with crises, so we can help," Stoltenberg said. "Our alliance is playing its part."

Man gavels a video meeting to order; a screen in the background shows the faces of the attendees.

The foreign ministers agreed to direct Air Force Gen. Tod D. Wolters, the supreme allied commander in Europe, to coordinate the necessary military support to combat the crisis in order to speedup and step up assistance, he said..

One way to help is by identifying the airlift capacity to ensure that medical supplies are delivered. Wolters will also coordinate on any surplus capacity or stocks. Additionally, he is tasked with matching requests for support with offers from allies and partners. "He will also implement simplified procedures for rapid air mobility, in coordination with Eurocontrol, using the NATO call sign for military relief flights," the secretary general said.

Stoltenberg said NATO defense ministers will meet later this month to review the support NATO is providing to allies and decide on any further steps.

The defense ministers also will assess the medium- and long-term implications of the virus for alliance resilience, the continuity of essential work and the broader geostrategic picture, Stoltenberg said.

But the foreign ministers also had more than the COVID-19 pandemic on their minds at last week's meeting. "NATO's primary responsibility is to deliver security and defense for almost 1 billion people," Stoltenberg said. "General Wolters updated ministers on the state of our military preparedness."

The bottom line, the secretary general said, is that NATO's ability to conduct operations has not been undermined. "Our forces remain ready, and our crucial work goes on — including in our multinational battlegroups in the east of the alliance, NATO Air Policing and our maritime deployments," Stoltenberg said. "NATO military medical staff remain vigilant, monitoring the impact for NATO troops deployed on operations."

Man seated at a long table speaks to who are seated to maximize social distancing.

The ministers also agreed on the next steps to counter terrorism and strengthen partnerships across the Middle East and North Africa.

"Ministers agreed to enhance our training mission in Iraq, taking on some of the training activities of the Global Coalition, including the training and education of noncommissioned officers, engineers and federal police," the secretary general said. All this is done in close cooperation with Iraqi authorities.

The foreign ministers also want to deepen partnerships in the region, including with the African Union.

The foreign ministers also discussed Afghanistan and the alliance's continued commitment to long-term peace and stability in the country. "To support the peace efforts, we are reducing our presence to around 12,000 by the summer," Stoltenberg said. "No decision for a further reduction has been taken and all of our steps will be conditions-based."

The foreign ministers called on the Taliban and all political actors to play their parts, including the reduction of violence. "This is the time for Afghans to show national unity in the national interest," he said.