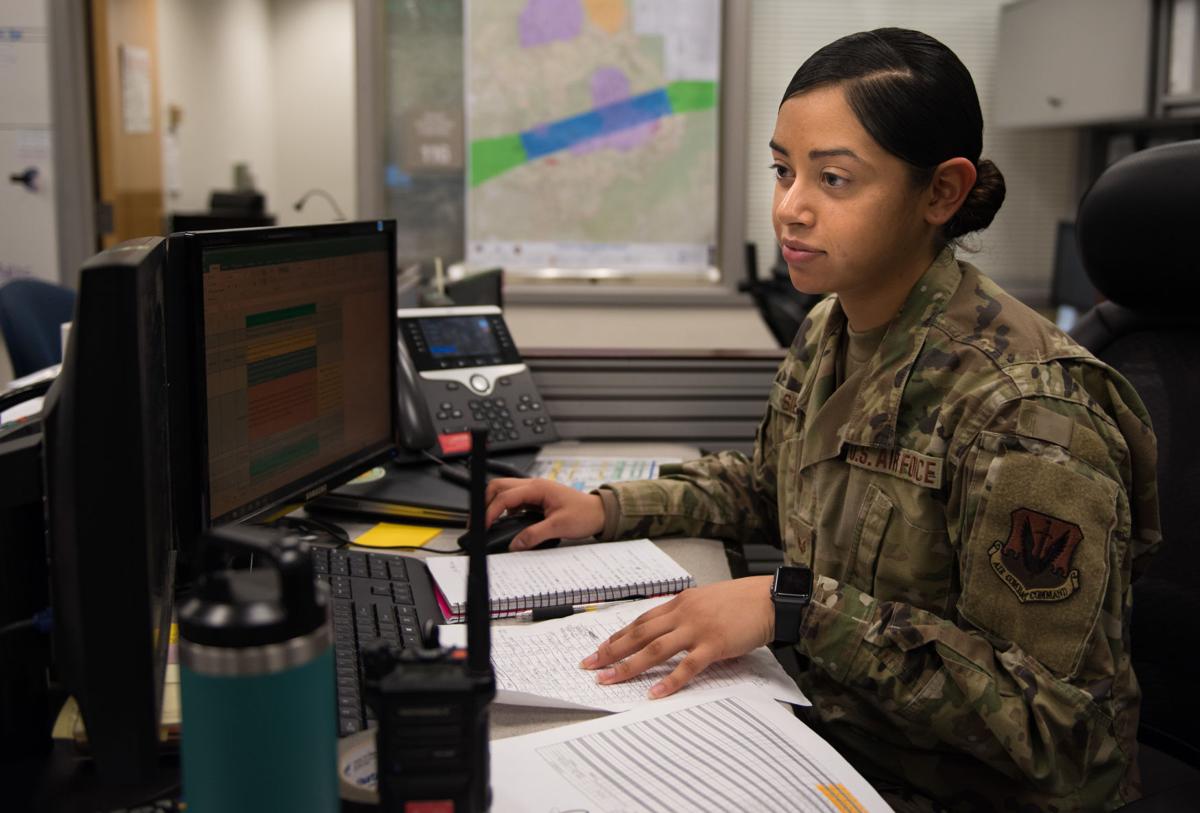 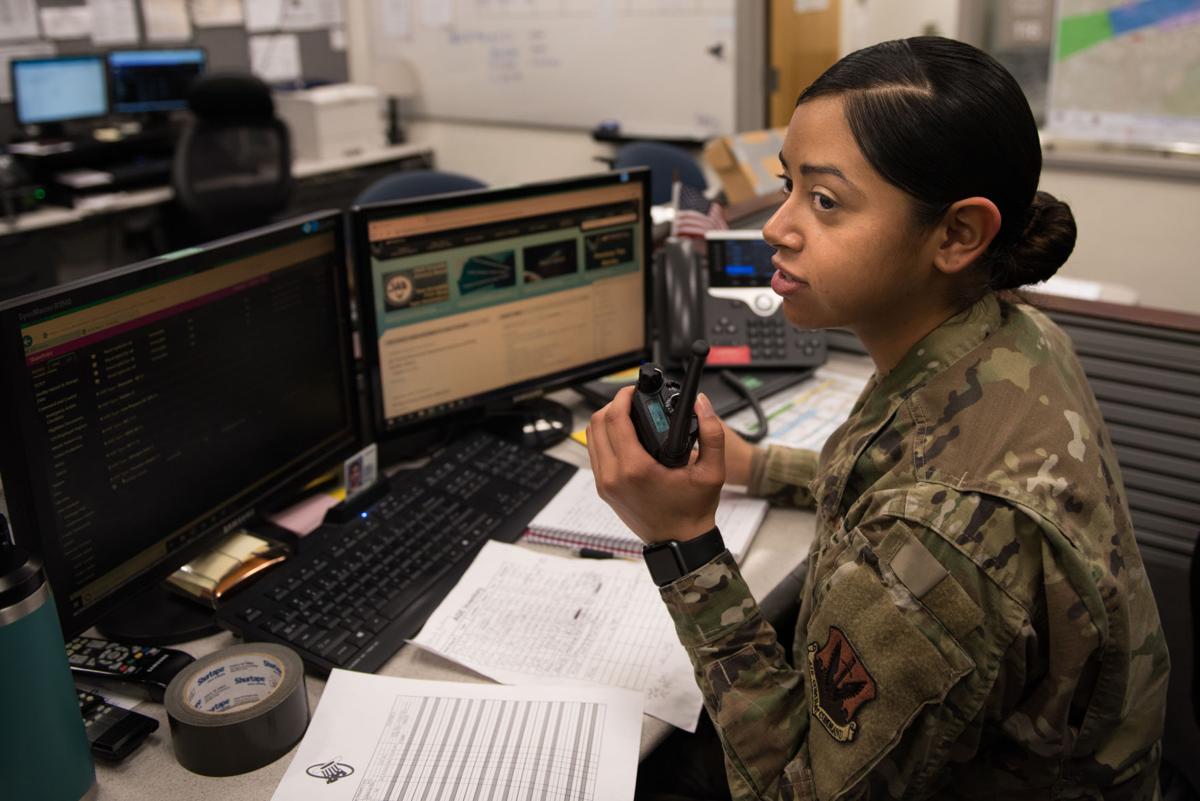 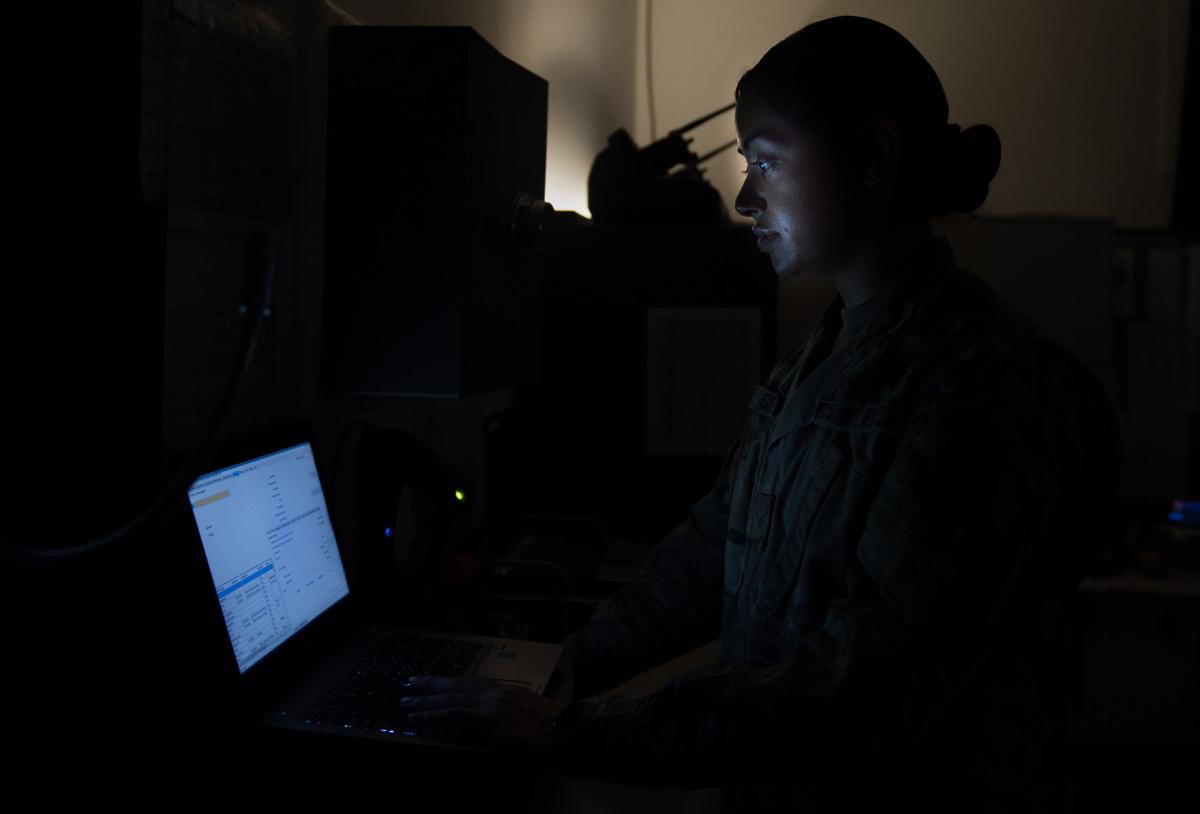 In 1987, Congress designated March as Women’s History Month. Thirty-nine years earlier in 1948, women made history by becoming a permanent part of the military.

Today we see women serving in all branches of the military and in almost every specialty, although some career fields remain heavily male dominated.

“The Air Force was an opportunity to work, progress and have opportunities to further my education,” Sierra said. “Being a female you have to be more assertive and have confidence to make your voice heard.”

As a munitions controller, Sierra is responsible for coordinating in-house movements of trucks, trailers and the flight line movements of missiles or bombs. She also works as the central part between the 633rd Air Base Wing Security Forces and the fire department.

Sierra explained that she has had the same opportunities as her male co-workers and has seen more females coming into the career field.

“I think back to a long, long time ago when the military was definitely male dominated and what the first few females who joined had to go through,” Sierra said. “Everything is equal now and I just try to push myself at all times.”

“When I first joined I wanted to fit in, so I acted like I was one of the guys,” Rooney said. “Now, I try to talk about more feminine topics with my female Airmen, so they are able to have different kinds of conversations.”

Rooney talked about her love of the job and the fact that not very many people can say they have worked on bombs and other munitions.

“I love that ammo is such a tight knit community; being a female doesn’t make a difference, we are still blowing things up and getting the mission done,” Rooney said. “We have a lot of opportunities not only in Women’s History Month but throughout the year.”

Women will continue to play a vital role in the Armed Forces. The military is on track towards fully utilizing the intelligence and influence of female military leaders.