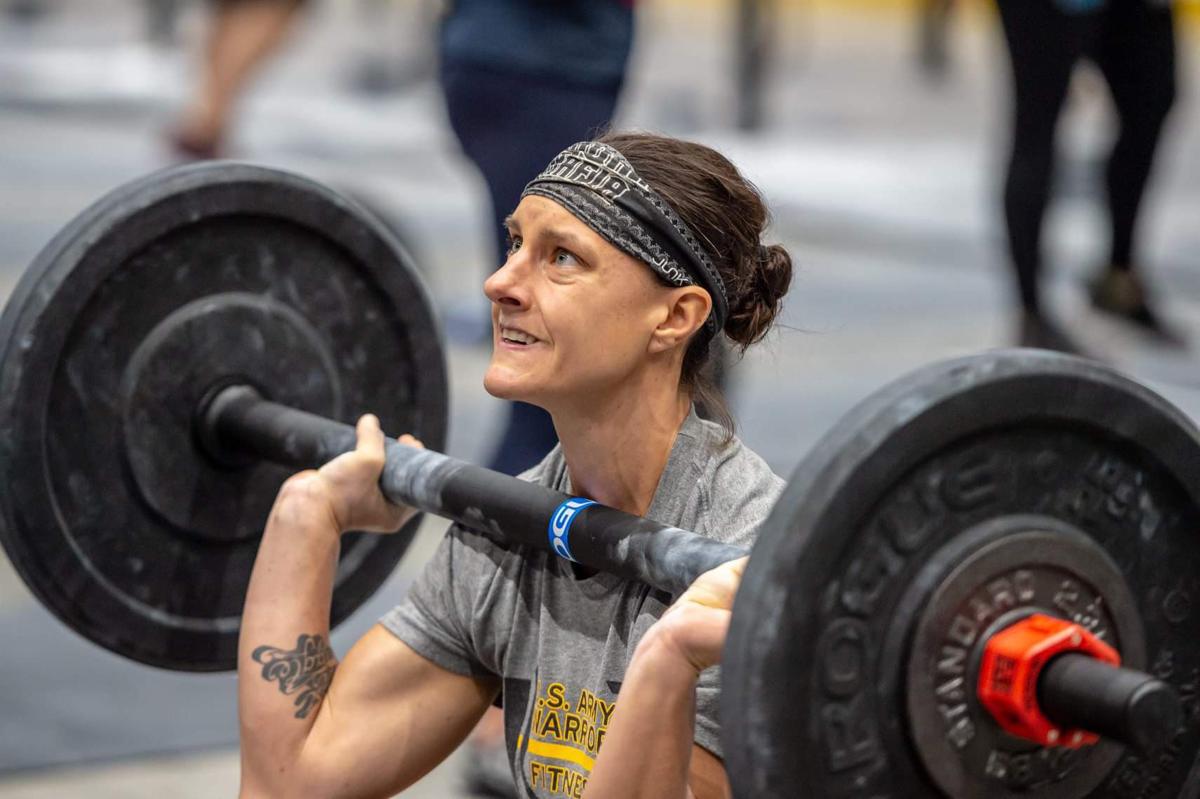 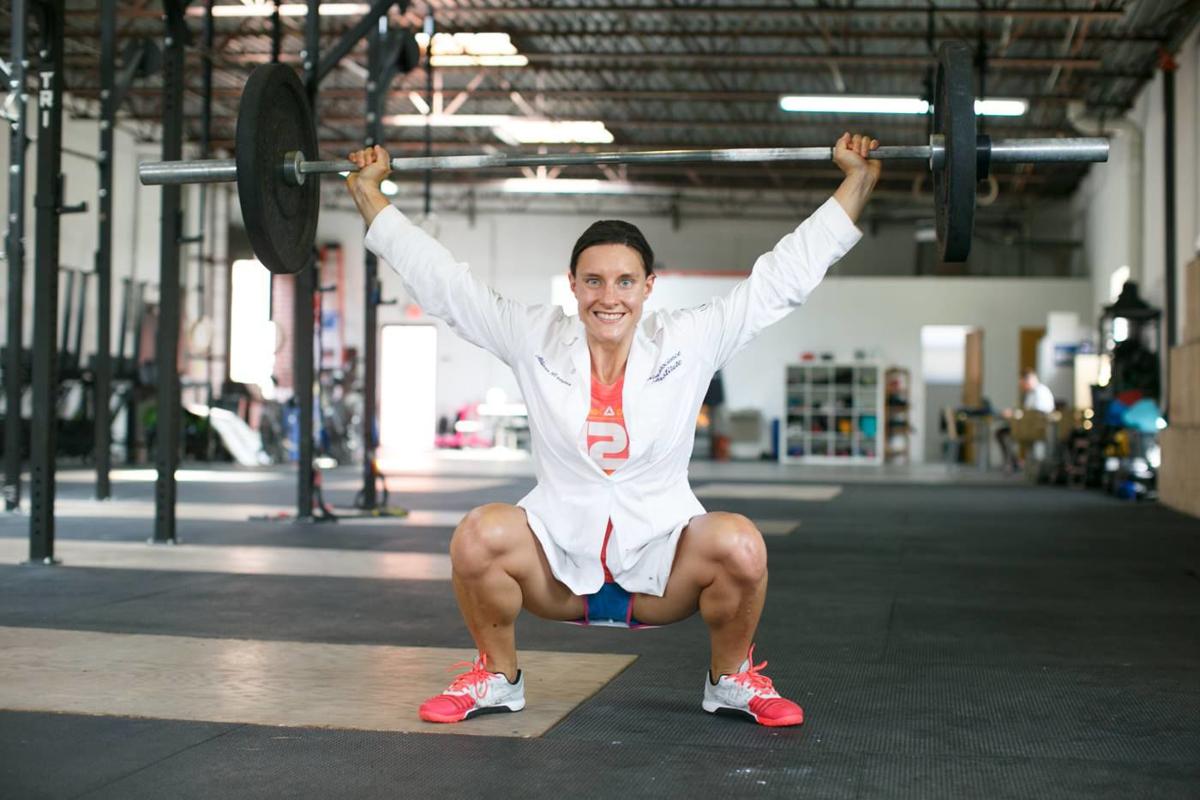 Army neuroscientist and Warrior Fitness Team member Capt. Allison Brager shows off her passion for fitness and science as she lifts a barbell in a lab coat. 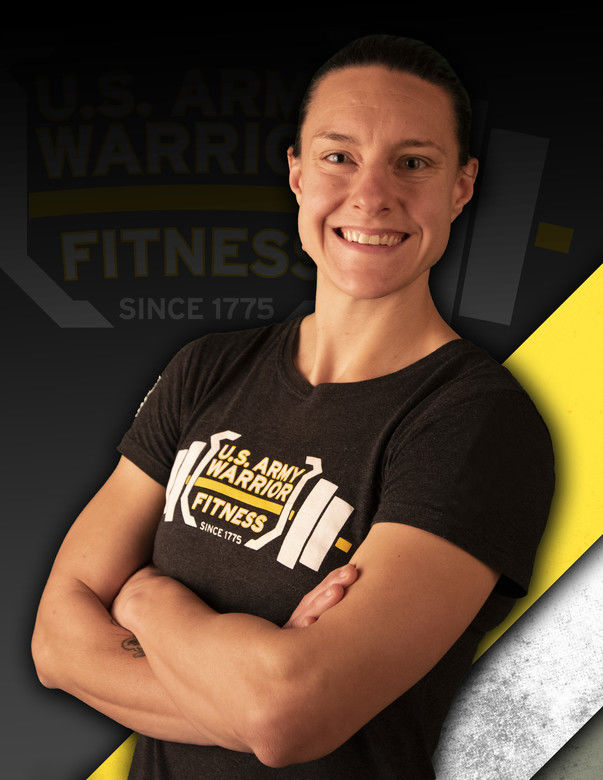 Youngstown, Ohio, native Capt. Allison Brager is the director of human performance operations and education for the Recruiting Outreach Company that includes the Army Warrior Fitness Team, Army eSports and the outreach band “As You Were.”

Army neuroscientist and Warrior Fitness Team member Capt. Allison Brager shows off her passion for fitness and science as she lifts a barbell in a lab coat.

Youngstown, Ohio, native Capt. Allison Brager is the director of human performance operations and education for the Recruiting Outreach Company that includes the Army Warrior Fitness Team, Army eSports and the outreach band “As You Were.”

For Capt. Allison Brager, working as an Army astronaut on the International Space Station could be the next step in a series of personal and professional accomplishments, including Army neuroscientist, masters level cross-fit competitor, champion pole vaulter and author.

For now, Brager’s feet are planted firmly on the ground as a member of the Warrior Fitness Team, part of the new Recruiting Outreach Company at Fort Knox, Kentucky. The unique Army unit, which includes the Army eSports Team and musical outreach band, “As You Were,” supports Army recruiting by helping connect America with America’s Army.

Fifteen Soldiers on the Warrior Fitness Team create awareness about Army careers and benefits by competing nationally and appearing at venues across the country to reach Americans who meet the needed qualifications to serve.

Today 71% of youth do not meet qualifications for military service, according to U.S. Army Recruiting Command. Obesity is the leading cause of disqualification.

“Being part of the Warrior Fitness Team is an opportunity to provide education and promote holistic health and well-being,” Brager said.

The Youngstown, Ohio, native competes in cross-fit at the master’s level, coaches team members, and puts her background in neuroscience to work analyzing teammates’ workouts and competitions to help them improve performance. Cross-fit is a passion for the 35-year-old, who’s captured national recognition in the sport. It’s also fertile ground for her studies in neuroscience.

“What fascinates me the most about cross-fit is something called brain plasticity, because every day you’re learning how to be more efficient at whatever movement you have to do that day for cross-fit,” Brager said. “In order to be more proficient, you have to strengthen the connections between muscles and tendons and ligaments and movement patterns at the level of the brain.”

Brager’s interest in science and athletics is rooted in small town America, where she excelled in sports and academics. Her dad was a butcher, and mom was a social worker. Brager was valedictorian from Youngstown Boardman High School and was recently inducted into her high school’s hall of fame.

“We’re known for producing a lot of professional football players,” Brager said. “My varsity sport was track and field. I did long jumps, hurdles, and was actually the first female pole vaulter in the state of Ohio.”

The former Division I collegiate athlete has competed on the world stage and appeared on network television. She’s also a world class pole vaulter who competed internationally in Paris in 2018, winning the gold medal and setting a world record.

Brager holds a bachelor’s degree of Science in Psychology from Brown University and a doctorate in Physiology from Kent State University.

“I have dopamine tattooed on my arm, because I wanted to get a tattoo with a neuro chemical after I got my Ph.D. that described me the most,” Brager said, referring to the feel good chemical released by the brain during exercise.

Brager’s career and personal interests blended as she competed in cross-fit, including national competitions in 2013 and 2015 where she got the idea for her book, titled “Meathead: Unraveling the Athletic Brain.”

“The first time I went to the cross-fit games, I had the idea of debunking the myth of the dumb jock,” Brager said. “I noticed in the 10-year period after college that those of us who did sports were better personally and professionally in our lives. We were the ones who went on and got professional degrees in medicine and law and science.”

Brager recently focused her research on the mental resiliency of Soldier gamers who comprise the Army eSports Team. That research was based on a performance based program designed to develop the mind and body through unique and effective brain training including cognition and psychology.

She presented her results at the first Conference for the Society of Neuro Sports, winning the award for best presentation.

“Through the training we were able to take an already elite group of athletes as gamers and make them more elite just with four days of doing intensive cognitive training,” Brager said. “They also showed that their reaction time and cognitive performance is on the level of NBA players.”

“She continues to use her experience and knowledge to contribute to Soldier performance,” Duncan said. “This type of research helps the Army take care of its Soldiers by understanding how to improve cognitive function.”

Brager’s favorite quote is “Iron sharpens Iron,” a verse from the Bible’s Proverbs 27:17. That’s meant surrounding herself with positive people and constantly pushing herself to achieve more.

“While I enjoy being an athlete, I enjoy being a scholar athlete more. I want to be part of the Army Astronaut program and go into space and do research,” Brager said. “I have a classmate from Brown who’s already there doing research and was part of the all-female spacewalk about a month ago.