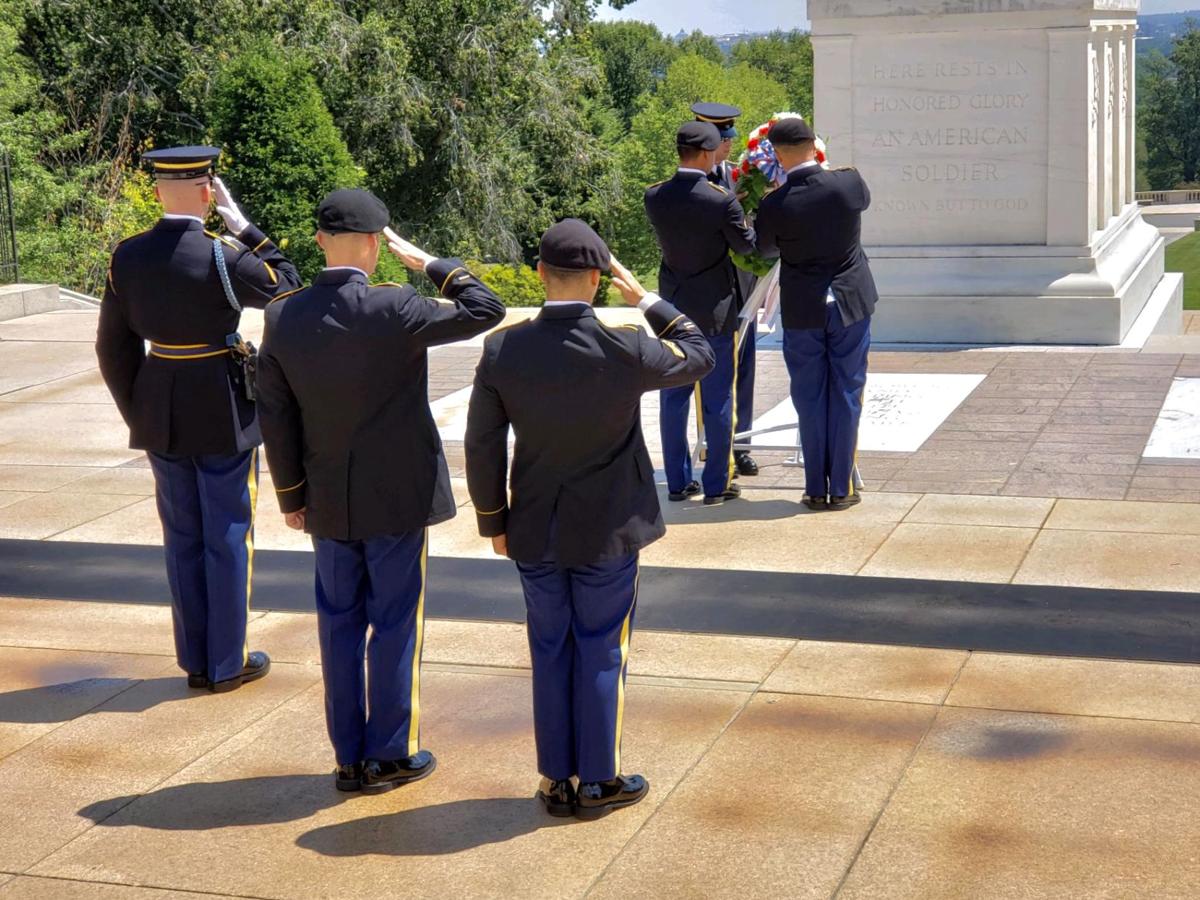 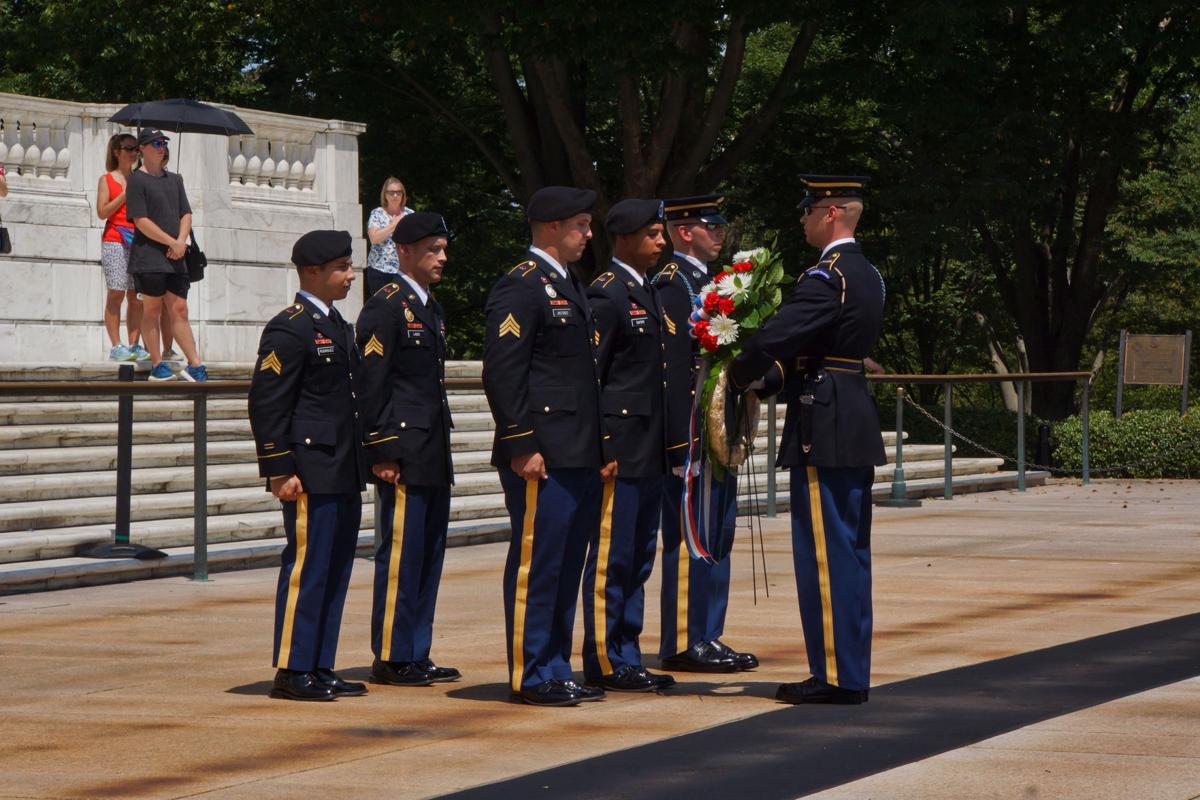 To pay their respects to America’s fallen, the 74th Dive Detachment visited Arlington National Cemetery August 1, 2019. Led by 74th Squad Leader, Staff Sgt. Brett Hyde, the team’s divers visited various historic sites within Arlington, culminating in the opportunity for four Soldiers to lay a wreath at the Tomb of the Unknown Soldier.

Prior to becoming a diver, Staff Sgt. Hyde served his first assignment with the 3rd Infantry Regiment (Old Guard) and went through a rigorous vetting process to become a tomb guard sentinel. After completing his tour at the tomb Hyde stated, “the reason I became a diver was in search of a small close-knit group with the same sort of comradery I had at the tomb.” Hyde is the first and only known former tomb guard sentinel to transition to becoming a diver.

The Army Divers have a surprisingly intertwined history with both Arlington National Cemetery and the POW/MIA recovery effort. Leading up to the Spanish-American war the USS Maine was sunk in the Havana harbor in 1898. In 1910 Congress appropriated funds to have Army Corps of Engineers Divers recover the warship. They built a cofferdam around the vessel and recovered the main mast that serves as the focal point of the memorial you see today at Arlington National Cemetery. Additionally, Army divers consistently support the Defense POW/MIA Accounting Agency to provide an accounting for our military’s personnel from past conflicts. This effort is primarily supported by the 7th Dive Detachment out of Hawaii; however, divers from Joint Base Langley-Eustis sometimes augment the effort.