Spc. Avione Allgood missed a medal by centimeters in China at the Military World Games and ended up finishing in fourth place Oct. 25.

"I just didn't have the adrenaline -- I wasn't feeling it," Allgood said following her javelin throw for 52.68 meters, more than 6 meters off her personal best.

After competing in Belarus Sept. 9 in the "Europe vs. USA" match, Allgood took a break for a few weeks. She moved her residence from Florida to Alabama and got a new coach.

Coach Tom Pukstys is a two-time Olympian in javelin, and Allgood said she feels he can get her to the Olympics next year in Tokyo.

She has already qualified for the U.S. Olympic Track and Field Team Trials scheduled for June 19-28 In Eugene, Oregon, and has begun training for the event. She is powerlifting, swimming, sprinting and doing gymnastics in addition to throwing the javelin.

Coach Pukstys has a lot of European influence, Allgood said, explaining that he believes the sport of javelin requires flexibility as well as strength.

Javelin is a cross between sprinting and field athletics, she said. "You have to be fast AND strong."

Allgood set a youth javelin record eight years ago when she was still attending high school. At first she was a sprinter at Legacy High in Las Vegas, but then took up javelin and shot putt, competing with the Thrower's Respect Club.

Her parents both helped coach her, Allgood said, and they still coach high school-aged students at the club.

In college, she tore a ligament throwing the javelin and required surgery for her shoulder and elbow. Allgood said she was actually recovering from injury when she set the collegiate Big 12 record that still stands today.

"I was already injured, but I pushed through it," she said, alluding to her resiliency and endurance.

By the time she finished graduate school at the University of Florida, Allgood was a three-time All-American in javelin, having finished three years in the top four at Nationals.

In June 2018, after finishing fourth at the USA Track and Field Championships in Des Moines, Iowa, Allgood decided to join the Army's World Class Athlete Program.

"I always wanted to join the Army," she said.

She went to Fort Leonard Wood, Missouri, for six months of one-station unit training to become a 31B military police specialist. Becoming an MP was in line with one of her life goals of fighting crime. Her undergraduate degree from the University of Oklahoma was in criminal justice and she hopes to one day be an FBI agent.

However, six months away from javelin training did not give her a good head start on the 2019 competition year.

"I lost a lot of muscle mass and weight that I didn't need to lose," Allgood said.

Nevertheless, she began training in April and said she had some success in track and field events held in Arizona, Iowa and Finland.

At the Military World Games in China, Allgood was in second place going into the finals. After her fourth throw Oct. 25, she was in third place, but an athlete from Sri Lanka edged past her on the final attempt.

Li Zhang of China took the gold with a mark of 63.06 that set a CISM record for the international military sports council. Laila Ferrer of Brazil won silver with 56.02.

Liyanage Nadeeka Lakmali Babaranda of Sri Lanka took bronze with a mark of 52.73, just 5 centimeters past Allgood's javelin throw of 52.68.

"This season has been rough," Allgood said.

"This year was really about discovery and getting ready for 2020," she said.

Allgood added that she's headed into 2020 with a positive attitude about qualifying for the Olympics and representing the USA in Tokyo. 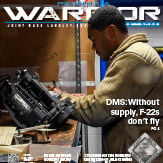 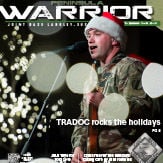